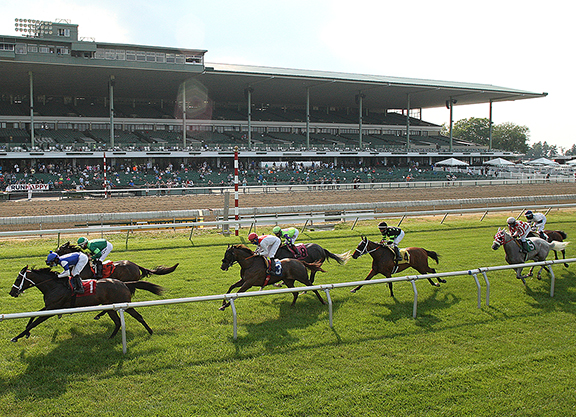 The years-long bid by New Jersey Thoroughbred Horsemen's Association (NJTHA) to seek $150 million in alleged damages from the four major team sports leagues and the college sports regulatory body (NFL, MLB, NBA, NHL and NCAA) ended Jan. 11 with a far lesser settlement approved by a federal judge, who wrote that the case has been “amicably resolved” among the parties.

According to the three-page “stipulation and order” signed Monday by United States District Court (New Jersey) Chief Judge Freda Wolfson, in exchange for ending its legal pursuit for more money, the NJTHA will be entitled to collect on a $3.4-million escrow bond posted by the leagues back in 2014 when the leagues first tried to block Monmouth Park's initial attempt at getting sports betting up and running.

That was four years before the May 2018 U.S. Supreme Court ruling that struck down the federal law that had prohibited sports betting in all but a few grandfathered states.

Soon after that 2018 Supreme Court ruling, the NJTHA-run Monmouth opened for legalized sports betting. But the NJTHA continued to chase after the money that had been placed in escrow back in 2014 to cover a one-month period when the case was first being adjudicated.

That pursuit for damages above the bond amount seemed to be emboldened when a September 2019 decision by a U.S. Court of Appeals (Third Circuit) panel of judges ruled that because Monmouth had initially been unlawfully subjected to a no-sports-betting injunction for 28 days in 2014, it had been “wrongfully enjoined” because it “had a right all along to do what was enjoined when the leagues first tried to block sports betting.”

The NJTHA then claimed in court filings that it was entitled to damages of $150 million, far higher than the amount that had been escrowed. The association's argument was that it got wrongfully shut out of sports betting for four years, not the original four weeks that the escrow period covered.