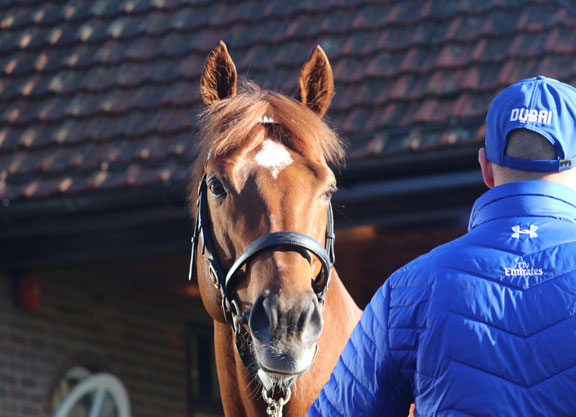 It has taken all of 19 years for Fasliyev's European record of seven first-crop juvenile stakes winners to be matched. Oasis Dream (GB) was the first to challenge, siring six stakes winners in 2007 and then a year later One Cool Cat also got to six. We then had a seven-year wait for Zoffany (Ire), who sired five in 2015. But in recent years, more and more sires have been getting closer. In 2016, Frankel (GB) sired five and two sires–No Nay Never and Kingman (GB)–made it to six and five, respectively, in 2018.

Now, we have Night Of Thunder (Ire) weighing in with seven during the current season. And seven also happens to be the best by any first-season anywhere in the world. Uncle Mo is one of three North American stallions to have sired seven stakes winners with their first 2-year-olds. His seven featured Group 1 winners Nyquist and Gomo, while Johannesburg's seven included the influential Scat Daddy.

You might be inclined to think that the growing number of challengers in recent years are somehow connected to ever- increasing book sizes. But Fasliyev's 8.9% from 79 runners in 2000 gives lie to the fact numbers have anything to do with Night Of Thunder's opportunities this season. His seven stakes winners have come from his first 45 runners; this gives him an incredible strike rate of 15.6% stakes winners to runners, which will be a record among those sires with 30-plus runners in the past 20 years if he can maintain it until the end of the year. The previous highest score in this regard was posted by Frankel, who sired 12.8% stakes winners to runners in 2016. Also worthy of mention is No Nay Never, whose 10.3% stakes winners among his first 2-year-olds makes him one of only three stallions to break the 10% barrier.

In truth, Night Of Thunder has been building an outstanding record from midsummer. His winners-to-runners percentage has always been impressive and it currently stands at 60%, more than eight points clear of any first-season sire since 2000 let alone this year. These numbers are all the more impressive given the fact that trainers see many of the Night Of Thunders as progressive and capable of better over longer trips next spring and beyond.

Of course we should not be surprised if they progress with time. Night Of Thunder himself, according to Timeform, progressed 17 pounds between his last start as a 2-year-old in October and his Classic victory in the 2000 Guineas at Newmarket in May. Likewise, his own sire Dubawi is renowned for producing stock that improve with age. In his case–again according to Timeform–the average Dubawi improves 22 pounds from the time they're two to full maturity at age four and above. And, of course, he had Galileo as a broodmare sire.

This year hasn't been all about Night Of Thunder, though. No fewer than 14 different sires have been represented by at least one stakes winner with their first crop of youngsters–and that is the highest number for three years when Frankel led the rankings. Gleneagles (Ire), Due Diligence, Make Believe (GB), Ivawood (GB) and Golden Horn (GB) all sired two or more Stakes winners.

When it comes to individual winners, it looks very much that Iffraaj (GB)'s record of 35, set in 2010, is safe for another year. Gutaifan (Ire)–with 29 individual winners–is the best of the current bunch, two clear of Night Of Thunder and three clear of Cable Bay (GB).

When it comes to quality, it is often worthwhile knowing how good a sire's best runners are. In this regard Fasliyev still holds top spot, his best 10 2-year-olds posting an average Timeform rating of 106.2. In recent years Frankel, in 2016, and No Nay Never last year–with the help of the G1 Middle Park S. hero, the 120-rated Ten Sovereigns (Ire)–both recorded a top-10 average Timeform rating of 104.3. Zoffany (103.7), Cape Cross (103.4) and Oasis Dream (103.4) have also done very well using this measure. And it's no surprise to learn that Night Of Thunder, with a score of 99.9, is the best of this year's new sires. Interestingly, he's outscoring his own sire Dubawi (98.3) in this regard.