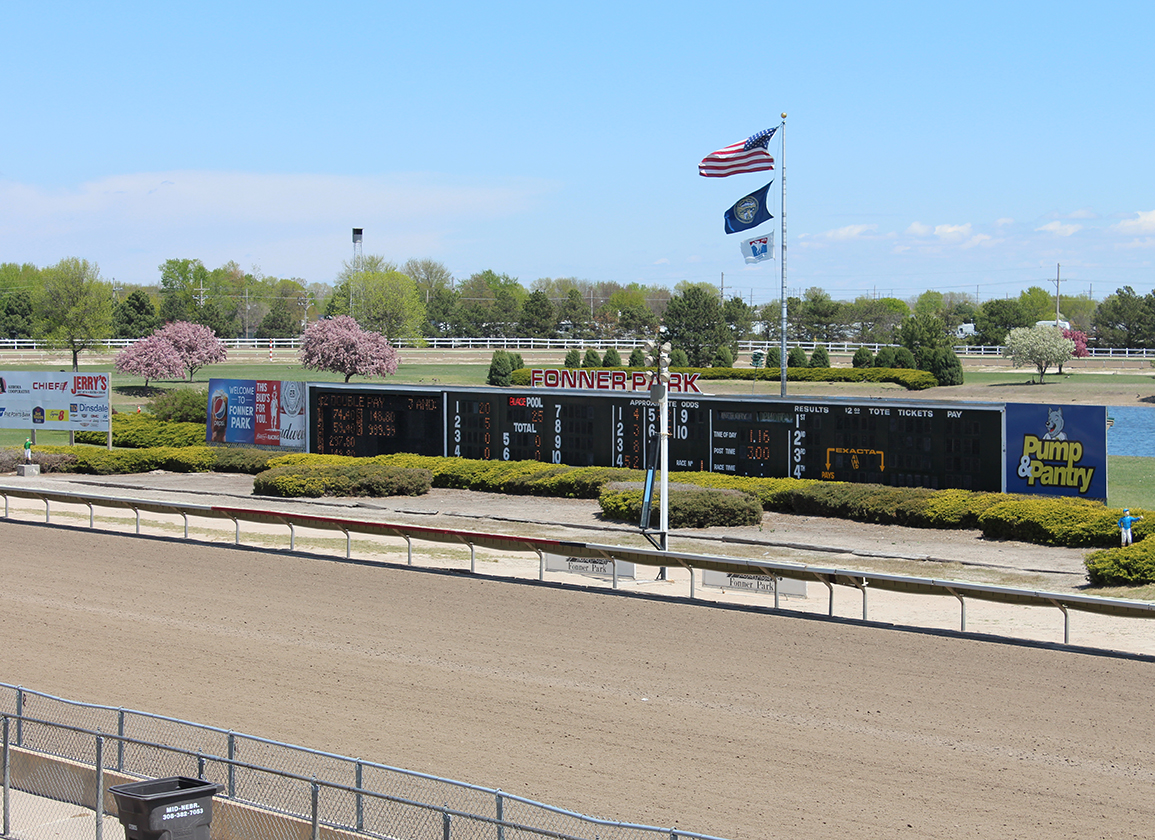 The National HBPA Foundation, the world's largest Thoroughbred horsemen's organization, is coming to the assistance of Nebraska horsemen whose horses have been quarantined since March 10 following an outbreak of Equine herpesvirus-1 (EHV-1) by making a per-horse monetary donation to every owner and trainer impacted by the lockdown in two barns at Fonner Park. The Nebraska HBPA also is providing the impacted owners and trainers a per-horse amount of money to use toward expenses that continue to accrue while their horses are prevented from racing. About 110 horses, which includes a handful of stable ponies, have been impacted. Nebraska HBPA President Garald “Wally” Wollesen said about 90 horses that were potentially exposed to the virus but have negative test results are housed in one large barn, while 20 others that tested positive were moved to an arena set up with temporary stalls. Wollesen said he was told that, if all goes well, the horses in the large barn could be released from the quarantine setting later this week. All the horses originally were confined to their stalls. However, for the past week, the horses in the large barn have been allowed to go to the training track, which is restricted to those horses, and to hot-walking machines, Wollesen said. Rigid sterilization protocols overseen by the Nebraska Department of Agriculture are followed when those horses are taken from their stalls, he said. “Everyone is very appreciative of the help we and the National HBPA Foundation have given them. These horsemen haven't made a dime, but at least we helped them a little bit. Nebraska has quite a history of horse-racing fans. They started contacting me at the races and out and about, wanting to help. One gentleman bought 11 round bales of hay and delivered them to the quarantine barn. People have donated $15 to cover feeding a horse for a day. As sad as it is — and we did have to euthanize two horses — the Nebraskans have really stepped up to help.”