Newspaperofrecord a Headliner on Derby Undercard 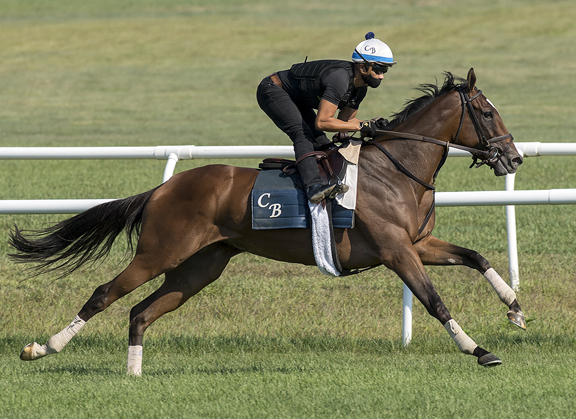 The 2018 GI Breeders' Cup Juvenile Fillies Turf heroine beneath the Twin Spires has begun to make up for a winless season at three for trainer Chad Brown with a pair of jaw-dropping wins at Belmont this June-the GIII Intercontinental S. and the GI Just a Game S.

The 4-5 morning-line favorite will be piloted for the first time by Javier Castellano.

Beau Recall, a last-to-first upset winner of this race last year, completed the exacta behind Newspaperofrecord in the Just a Game. She enters off a fifth-place finish as the favorite while attempting to defend her title in the GII Yellow Ribbon H. at Del Mar Aug. 8.

Juliet Foxtrot has lost five in a row since capturing last summer's GIII Modesty H. at Arlington while placing in a trio of Grade I events. She was third last time in Keeneland's GI Coolmore Jenny Wiley S. July 11.