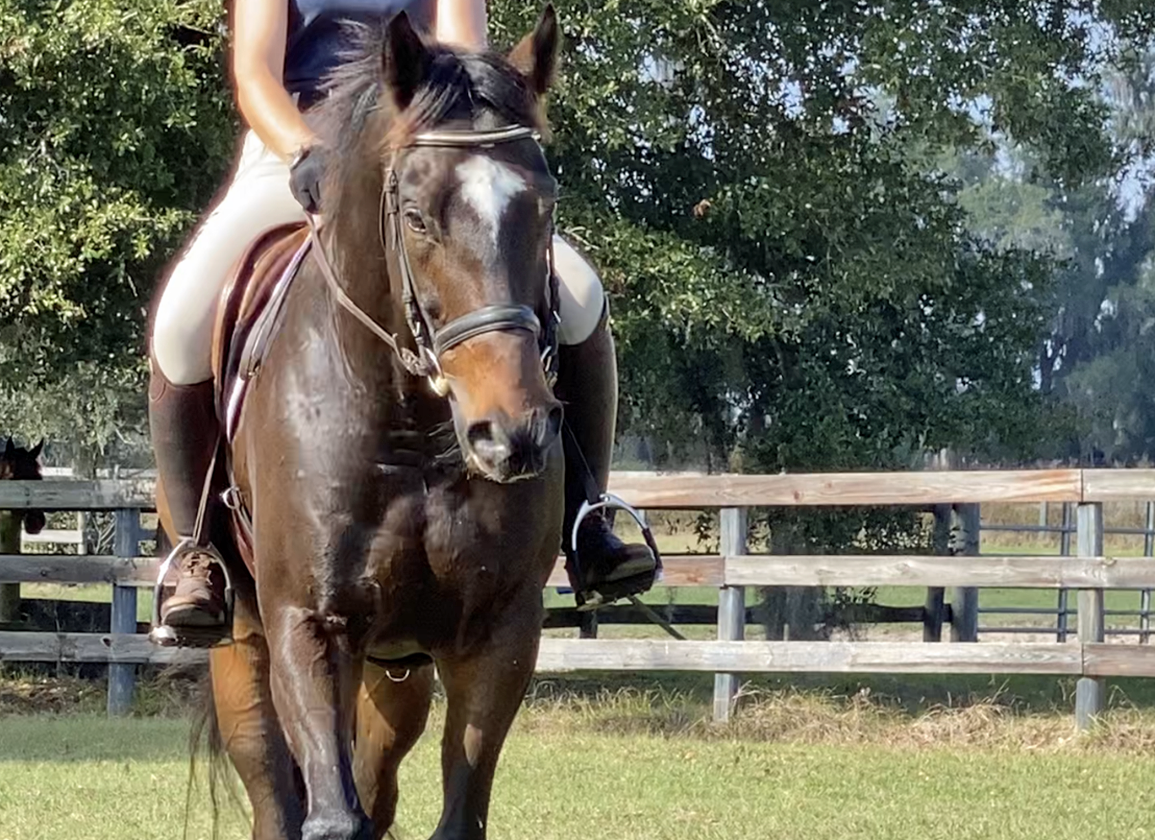 New Vocations Racehorse Adoption Program has opened a satellite facility near Ocala, Florida as it continues to expand its aftercare efforts. The nation's oldest and largest racehorse adoption charity now has nine facilities in six states.

Their search for a Florida site was delayed again due to the pandemic in 2020, but scouting continued last year until they landed on a facility based at Trillium Sport Horses in Anthony, just a few miles outside of Ocala.

Ford said that in the past, Florida-based horses donated to New Vocations would be sent to their Lexington location. She noted that on average, 60 horses were shipped each year more than 700 miles from Florida to New Vocations' Lexington facility.

“Horses coming from Florida racetracks and training centers will now have a much shorter travel distance and duration as they start their new chapters,” she explained. “This will also allow our Lexington division to expand as well.”

“We were thrilled to find Erin,” Ford said. “She does such a good job and is everything we were looking for in a trainer. She has been a great addition to our team and we're really excited about the partnership.” 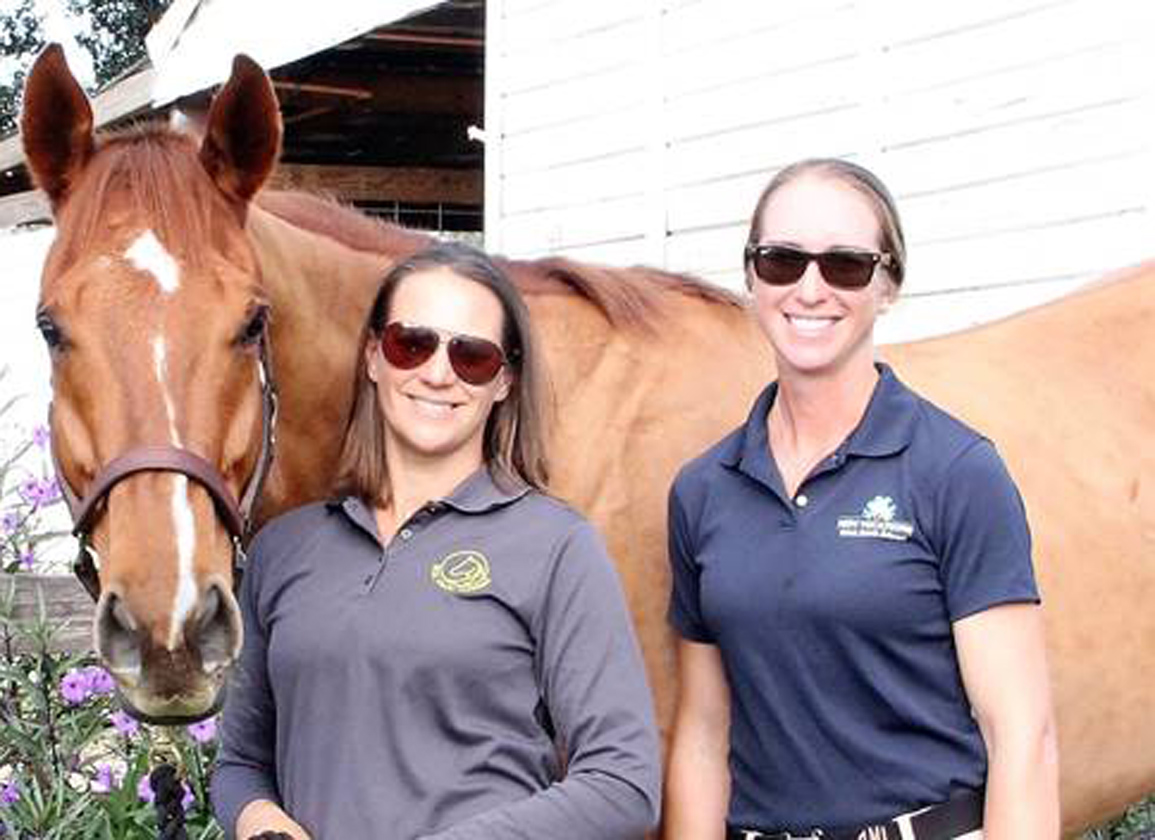 Erin MacDonald (right) with the first horse to arrive to and depart from the Florida facility, Ranger Up, and adopter Melissa Lundberg. | New Vocations

“It is so gratifying to help a Thoroughbred smoothly transition into a second career after the races,” MacDonald added. “I am honored to be working with such an outstanding aftercare organization and join their efforts to provide Florida-based horses and their connections with a quality rehabilitation and retraining program. Everyone has been wonderful to work with and it's really cool to be a part of an organization that already feels like a family.”

A native of Ontario, MacDonald represented Canada on various junior eventing teams before moving to Ocala to start her own business six years ago.  Her primary 10-stall facility sits on 11 acres and she recently opened a second location with an additional five stalls.

MacDonald has been retraining off-the-track racehorses for over a decade.

“They are incredibly athletic, as anyone who has worked with them would know, and they have so much try,” she said. “As soon as they have that relationship with their person, it's 110% every day. In any discipline, from trail riding to anything competitive, that's all you can ask from your partner.”

MacDonald said there is a great need for an accredited aftercare organization like New Vocations in Ocala.

“A lot of people don't really have a place to go other than to those of us who have been doing it quietly,” she explained. “There are very few organizations handling not just the Ocala area, but the state in general. It's nice to have such a large organization stepping in because we do have so many horses down here that are looking for new homes. New Vocations is very up-front about any limitations, whereas you don't always get the full story with private operations.”

She added that the demand for sport horses in Florida has increased even since she first moved to Ocala.

“I think so many more people are staying here year-round,” she said. “Now 12 months of the year we have people looking for their new partners. I get hundreds of messages from people who are shopping for anything from a trail riding horse to an upper-level event horse, which is nice because the horses we get have a pretty wide range of abilities coming into the program.” 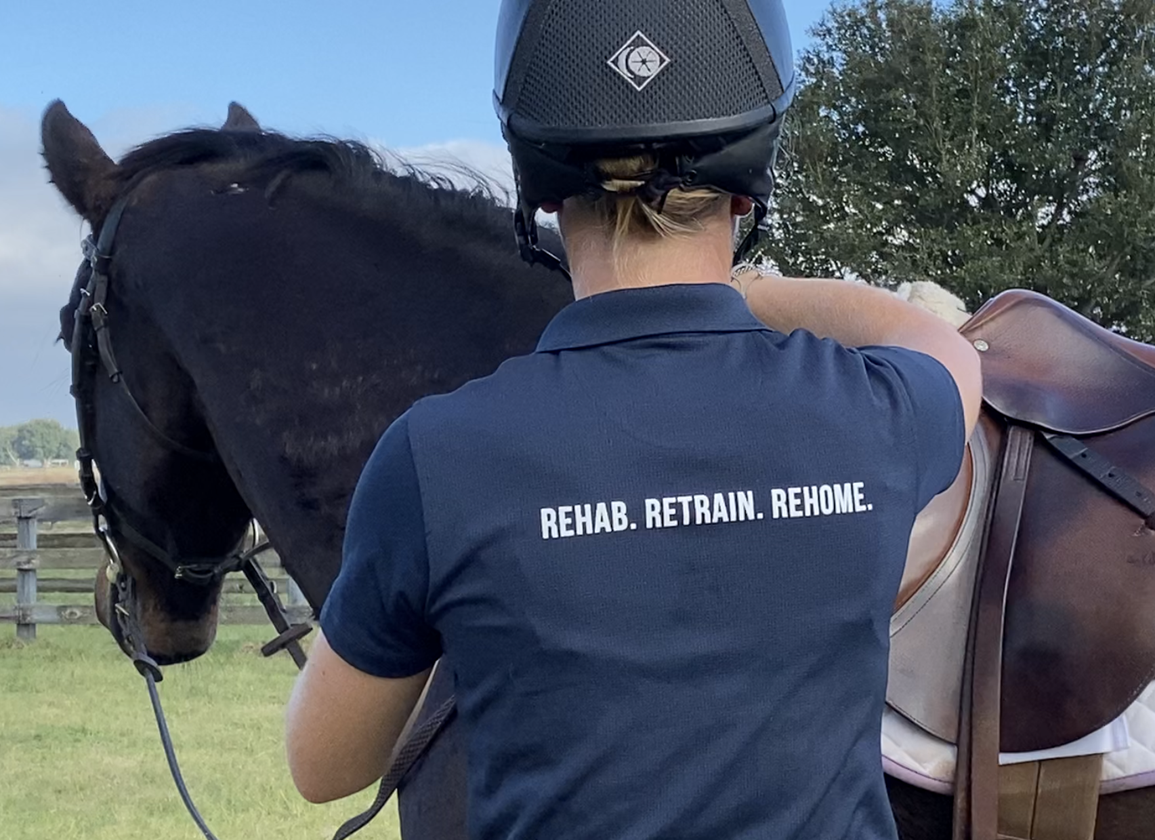 Incubator (pictured), a 7-year-old gelding by Stephen Got Even, was recently adopted from New Vocations' Florida facility |Katie Petrunyak

The first horse arrived at New Vocations' Ocala site in October of 2021. Ranger Up (First Samuari) had been competing at the claiming level at Gulfstream Park throughout 2021 when he was purchased by a collaborative group that joined forces to retire the gelding. Starlight Racing and Spendthrift Farm, who originally purchased Ranger Up as a yearling in 2017, as well as breeder Stone Farm, partnered together to ensure his retirement and reached out to New Vocations about donating him to their program.

“At the time we were just finalizing everything with Erin, so he was able to be our first horse in Florida,” Ford said. “It was cool that the first horse that came through was actually purchased to be retired by prominent people in the industry doing the right thing by the horse.”

“Starlight has bought horses for retirement in the past, but this one was brought to our attention by Stone Farm, who bred the horse,” said Starlight Racing Founder Jack Wolf. “We partnered with them and Spendthrift to retire him and send him to New Vocations. I'm excited for everything that New Vocations is doing and how well the horses turn out from there. We've been sending them horses for 20 years and are big supporters of their program.

Ranger Up thrived in his retraining and was recently adopted. Two additional horses have already completed the program and gone to experienced homes while several more are making progress in various stages of rehab and training and will be available for adoption soon.

“Before we officially open a facility, we will go through the training process with a few horses to go over how we run everything,” Ford explained. “We've already developed some new relationships with trainers and owners in Florida who we have never received horses from before. I think that once we get the word out that we're here and able to take horses, we will meet even more new people who might not have known this was an option.”

For information on donating a horse to the Florida facility or supporting its efforts, visit newvocation.org/donate_a_horse, call (859) 252-9574 or e-mail [email protected]