New Rising Star for Classic Empire at the Spa 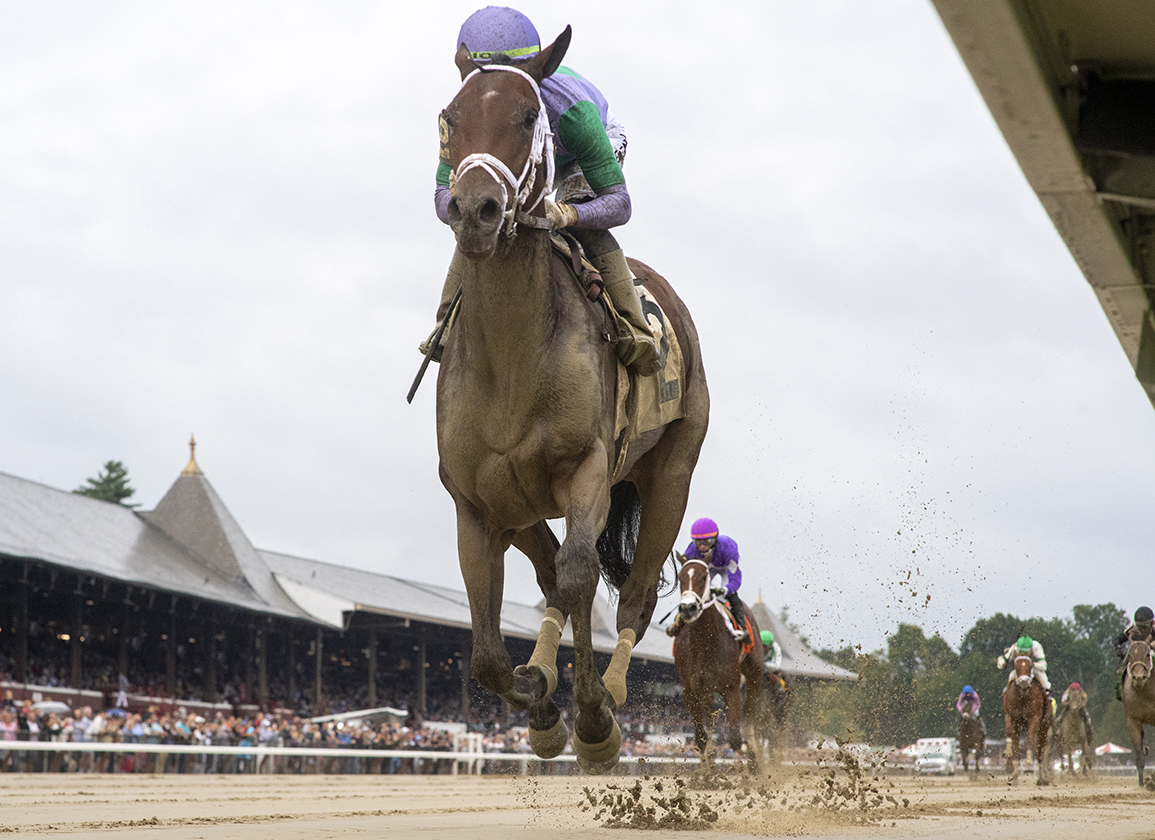 Lawana and Robert Low's $550,000 Fasig-Tipton Midlantic purchase Classy Edition (Classic Empire) proved worth the money Sunday as she overcame a rough start to dominate a group of New York-bred fillies and garner the 'TDN Rising Star' distinction. Purchased by agent Jacob West off a swift :10 1/5 breeze at Timonium in May, the bay was 3-5 while bidding to become newly minted Hall of Famer Todd Pletcher's eighth juvenile debut winner of the Saratoga stand and third 'Rising Star'. Pletcher sent out smashing turf winner Annapolis (War Front) on Saturday, and fellow Low colorbearer My Prankster (Practical Joke) to one of the flashiest efforts by a 2-year-old this year Aug. 21.

Bumped from both sides at the start, Classy Edition was undeterred and sat just behind the pacesetters along the fence down the backside. She quickened to come get the three fillies dueling up front heading for home, overtook them with ease out in the clear, and was only asked for her best for a few strides before being wrapped up Irad Ortiz, Jr. en route to a 6 3/4-length romp in 1:05.13. Longshot Laochi (Laoban) spiced up the exacta.

The ninth winner and first Rising Star for champion juvenile and freshman sire Classic Empire (Pioneerof the Nile), Classy Edition is half to Newly Minted (Central Banker), MSW, $516,738 and New Girl in Town (Boys At Tosconova), MSP, $172,505. She has a yearling half-brother by American Pharoah.