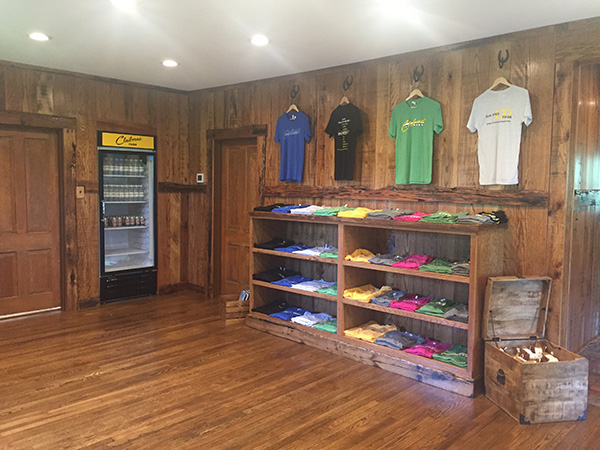 Years ago, I did an extensive interview with Seth Hancock of Claiborne Farm. So extensive the piece ran in consecutive issues of The Blood-Horse.

At one point, asked about how he conducted some of his business practices, Hancock looked up and said, simply, “I'm old school.”

Anyone who has met Hancock knows that is true. And also knows it has served hi m and his family well.

But, at the time of that interview, Hancock thought perhaps the industry was changing at such a rapid pace that he needed help. He had just hired Bernie Sams to recruit stallions and manage the sale of their seasons.

In the ensuing years, Claiborne began to breed to more stallions off the historic Paris, Ky., nursery, and was more active in purchasing broodmares at public auctions. Both moves were made to infuse new strains into the farm's bloodlines.

Perhaps Hancock had to be drug into the modern era, and perhaps he did so begrudgingly. But, nonetheless, he did so.

Today, Hancock has handed the day-to-day management of Claiborne to his son, Walker. So just as Seth Hancock learned from his father, the legendary A.B. “Bull” Hancock, Walker Hancock has been educated in the lessons of horsemanship by his father.

The difference is Seth Hancock was forced into running Claiborne because of the death of his father. Walker Hancock is still able to confide in, and ask advice from, his father.

These thoughts come to mind after reading in the Sept. 2 TDN that Claiborne Farm is soon opening a visitor center, where guests who tour the property will also be able to read about its history, see pieces of memorabilia and purchase a hat or T-shirt.

Like Seth Hancock, the heads of distilleries in Kentucky used to look at things in an “old school” fashion.

Sure, if someone wanted a tour, an employee would show them around the facility. But that was it.

Now, every bourbon distillery has a fancy visitor center filled with items to purchase. Guests are treated to a tasting. Buses and limos arrive on a daily basis.

Where bourbon used to be consumed in dark rooms filled with cigar smoke, it is now cool to be a bourbon drinker, and more young people choose bourbon as their drink of choice.

Young people the age of Walker Hancock and his sister, Allison Bishop, the latter of whom made the announcement regarding the Claiborne visitor center.

Until recent years, most Central Kentucky farms were closed to the public. Now, Claiborne is one of many farms offering tours and encouraging visitors to stop at their properties.

Ashford Stud has been inundated with requests to see American Pharoah. Taylor Made fields calls every day about California Chrome.

More likely, however, is that the person who tours a farm–hopefully with his family or friends-would visit a racetrack where he would wager on Thoroughbred racing.

Encouraging people to tour farms. Inviting them to purchase gifts. Kindling in them the passion those raising the horses have for the animals. Talking about breeding, sales and racing. Telling stories about Man o' War … and Arrogate.

Those are “old school” topics now being done in “new school” ways.

The bourbon industry found ways to better market itself by inviting the public into its properties.

Perhaps the same will work for the Thoroughbred industry.