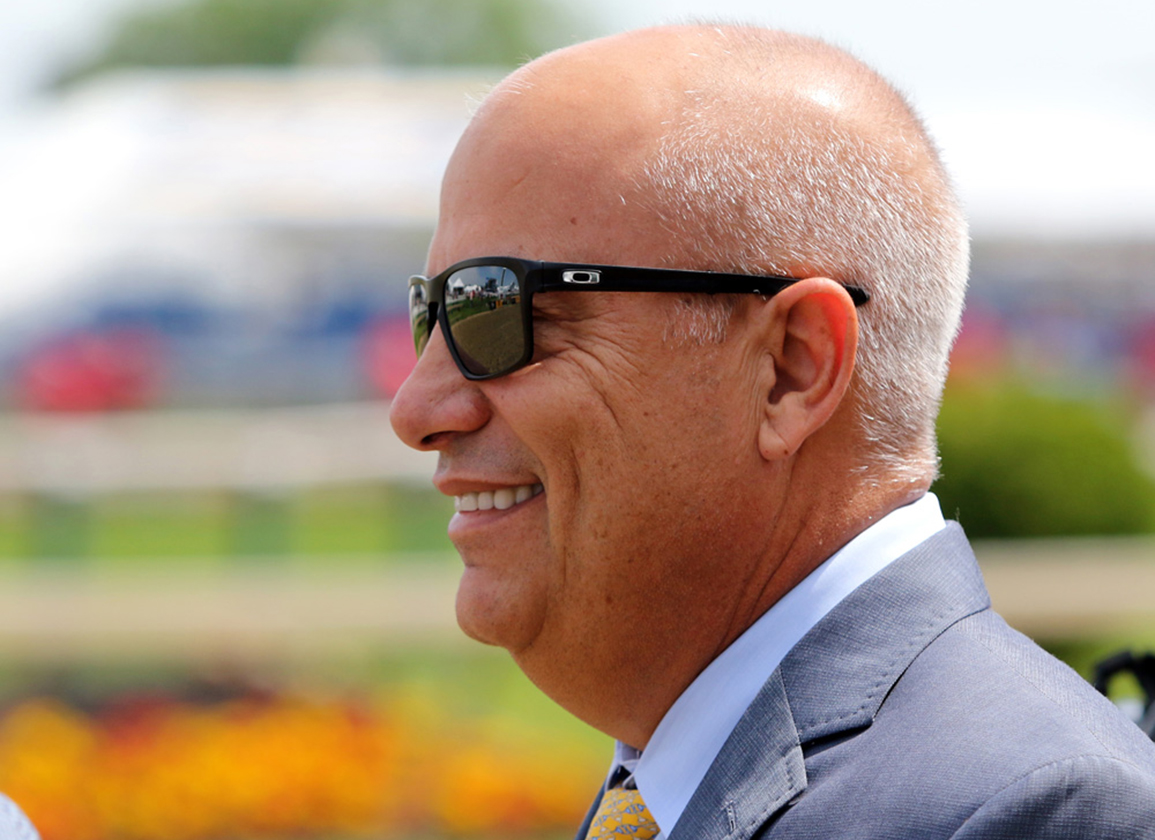 Fresh off of a year-delayed induction into racing's Hall of Fame Friday, Mark Casse joined the TDN Writers' Room presented by Keeneland Wednesday morning for an expansive discussion on his career and the sport at large. Calling in via Zoom as the Green Group Guest of the Week, Casse reflected on his family's growing legacy in the sport, remembered arguably his most famous pupil Tepin (Bernstein) and assessed where the industry stands on stamping out its drug problems.

Asked about the emotion of his Hall of Fame speech, Casse said, “[Racing] is all I've ever done. I was raised on the racetrack. Saratoga has been my life since I was a little boy. Horse racing has been my life. My father passed away five years ago, and I have so many memories of him at Saratoga and in the Fasig-Tipton sales pavilion and the Hall of Fame. Then I sired my first graded stakes-winning trainer son. It wasn't easy to get out, but to have him there and have the family continue on, I know my dad would be very proud.”

Casse has been instrumental in the movement to ban clenbuterol in racing ever since he penned an op/ed in the TDN talking about its performance-enhancing effects. Since then, a number of jurisdictions and racetracks have moved to restrict its use or ban it altogether. Casse was asked about the progress racing is making on that drug and others that have plagued the sport for years.

“I'm very proud of that,” he said of his letter and its aftereffects. “I just felt that at this time of my life, it was time to give back to sport, and the sport has some issues with it that need to be cleaned up. I just felt, you know what, I really don't care who I upset. I'm going to tell it the way I feel it is. I think there's been some serious movement. We saw a quick turnaround in Canada. They moved quickly. Things have changed in New York and Kentucky has been a little slow to adapt, but they're getting there. What's the one thing still going on that is disappointing to me? We've made a lot of new rules and rules are good, but they're only good if they can be enforced. So what happens is the men and women that play by the rules, every time you add a rule, it gives us that much bigger disadvantage. There's a lot of people out there that they only live for today and they're not looking long term. I just recently had a conversation with a big official and I said, if we're going to have these rules, it's your job to make sure that they're abided by. When they're not, [trainers] need to go. If we could do that, it would make our sport much better. It's very, very frustrating to me. Very frustrating.”

Elsewhere on the show, which is also sponsored by West Point Thoroughbreds, Spendthrift Farm, Legacy Bloodstock and the Minnesota Thoroughbred Association's 2021 Yearling Sale, the writers reacted to a huge weekend of racing at Saratoga that included Steve Asmussen's record-breaking victory, and, in late-breaking news, analyzed the development of Jorge Navarro's guilty plea. Click here to watch the podcast; click here for the audio-only version or find it on Apple Podcasts or Spotify.