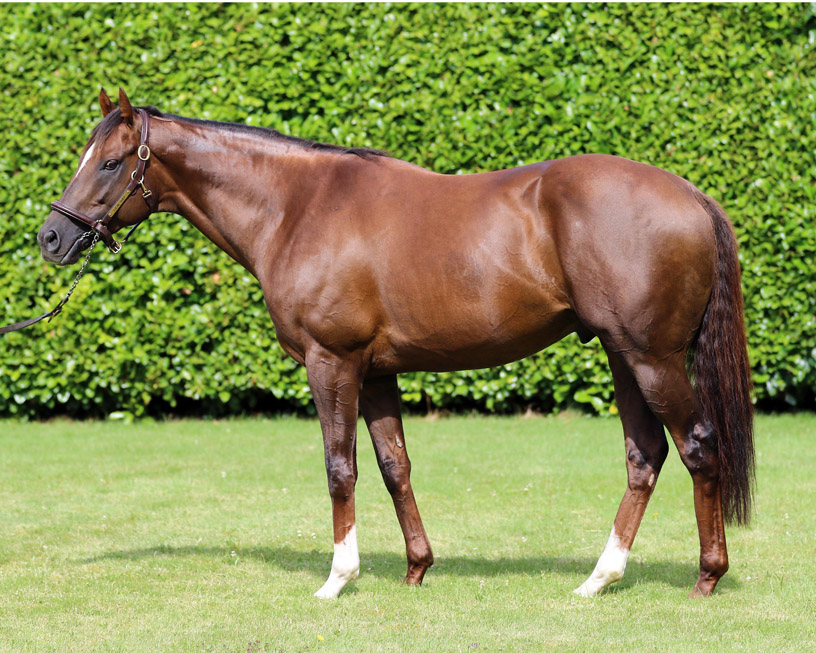 Gestut Winterhauch's 2-year-old colt Sea Bay (Ger) (New Bay {GB}) graduated with a one-length win in his Aug. 22 debut over seven furlongs at Hannover, but slipped to fourth when upped to one mile for Dusseldorf's Sept. 12 Listed Junioren Preis in his only other start. He had finished behind the reopposing Ariolo (Ger) (Reliable Man {GB}) and Millionaire (Ger) (Adlerflug {Ger}) on stakes bow last time, but overturned that form and found plenty more besides to make Sunday's G3 Preis des Winterfavoriten all his own as he took the one-mile Cologne feature in supremely impressive style. Sea Bay charted a wide course underneath the trees, in the wake of Millionaire, along the backstraight and made the cut across to join the main body of the field in second approaching the home turn. Looming large on the bridle as the 69-10 chance's rivals became became increasingly flustered in the straight, he was given a shake of the reins by Adrie de Vries just inside the quarter-mile marker and unleashed immediate acceleration, powering clear as the remainder appeared trapped in slow motion to stop the clock in splendid isolation. Sea Bay finished nine lengths ahead of Schwarzer Peter (Ger) (Neatico {Ger}), sealing a first edition of Germany's most prestigious juvenile contest for trainer Henk Grewe, with Schwarzer Peter's Markus Klug-trained stablemates See Hector (Ger) (Counterattack {Aus}) and Ariolo passing the post a head and 3/4-of-a-length further back in third and fourth. The nine-length winning margin was the largest since Globus (Ger) Areion {Ger}) romped home by 10 lengths in 2008.

“There was plenty of debate in the stable beforehand and his work on Monday was so good that we went into the race with a lot of confidence,” Grewe told GaloppOnline. “It was always the plan to go to the outside, the tactics worked to perfection and he won very impressively at the finish. He thoroughly deserved it and is now entitled to have a winter break.”

Winning rider Adrie de Vries added, “The trainer made a good decision to apply for the outer box. Good horses put you on the right track and, when I came into the straight with my hands full, I only had to press the button and he was gone.”