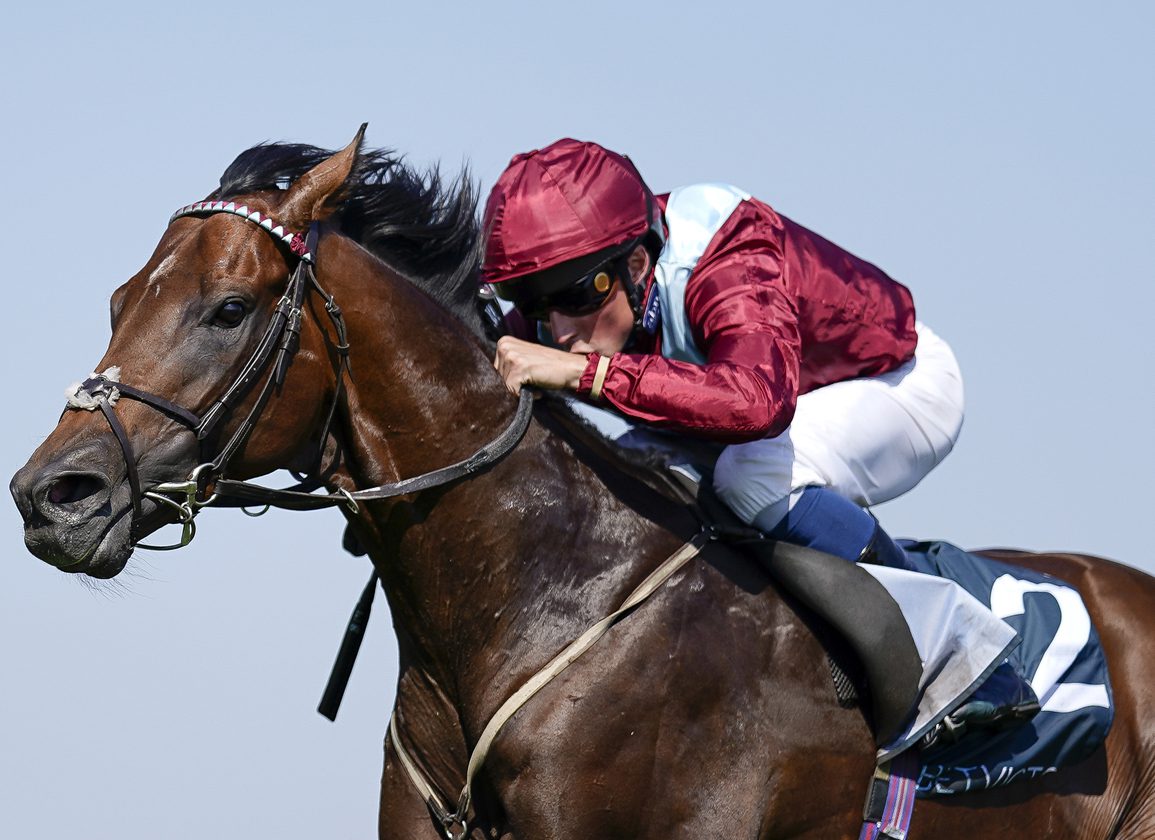 Saturday's G2 BetVictor Hungerford S. at Newbury had the feel of a contest primed for an upset and that was duly provided by Jumby (Ire) (New Bay {GB}) who managed to win the seven-furlong feature with a deal of authority. Last seen finishing an inauspicious 14th in Ascot's International H. July 23, Anthony Pye-Jeary and David Ian's 4-year-old cut a different figure on his biggest class jump yet with the on-fire William Buick to guide him to a career-best. Always happy held up off the pace set by Pogo (Ire) (Zebedee {GB}), the Eve Johnson Houghton-trained 9-1 shot was delivered to lead passing the furlong pole and assert for a 1 3/4-length success from Dubai Poet (GB) (Lope De Vega {Ire}).

The 9/1 chance strikes for his biggest career success in the Group 2 prize for William Buick and @johnsonhoughton at @NewburyRacing pic.twitter.com/renLktMUAW

Almost equally effective at six as this trip, Jumby ended 2021 with wins in a Salisbury conditions event and a Newmarket handicap which marked him as a pattern-race performer in all but title. Proving that with a third on his return in the latter venue's G3 Abernant S. over six Apr. 13, the bay was switched back to handicaps and filled the same placing in the prestigious Wokingham at Royal Ascot June 18 and in the July Festival's Bunbury Cup July 9. Tried in cheekpieces when running below his optimum last time, he was able to produce his best at a distance over which he was relatively unexposed heading to Saturday.

Johnson Houghton said, “I have always believed in this horse and it is great to get it right. William has also always believed in him and he rides Godolphin horses, so if he believes in him then everyone can. He is in the [G2] City of York next Saturday and while he probably won't run, all options are open because he loves firm ground and I don't want to wait until it goes soft. I don't want to miss the ground with him. We'll see how he comes out of it, but he is full of himself. The Foret closes next week, so we will probably go there.”

Jumby, who becomes the seventh group winner for his sire, is out of the G2 Flying Childers S.-placed Sound Of Guns (GB) (Acclamation {GB}) whose dam is the stakes-placed Eastern Lily (Eastern Echo). Further back is the G1 Irish 2000 Guineas and G1 St James's Palace S.-winning sire Shaadi (Danzig) and the G1 Cheveley Park S. scorer Regal Rose (GB) (Danehill). The dam's yearling filly by Waldgeist (GB) is entered in the upcoming Book 2 Sale, while she also has a foal full-sister to Jumby.