Deja Vu All Over Again In the Ashland 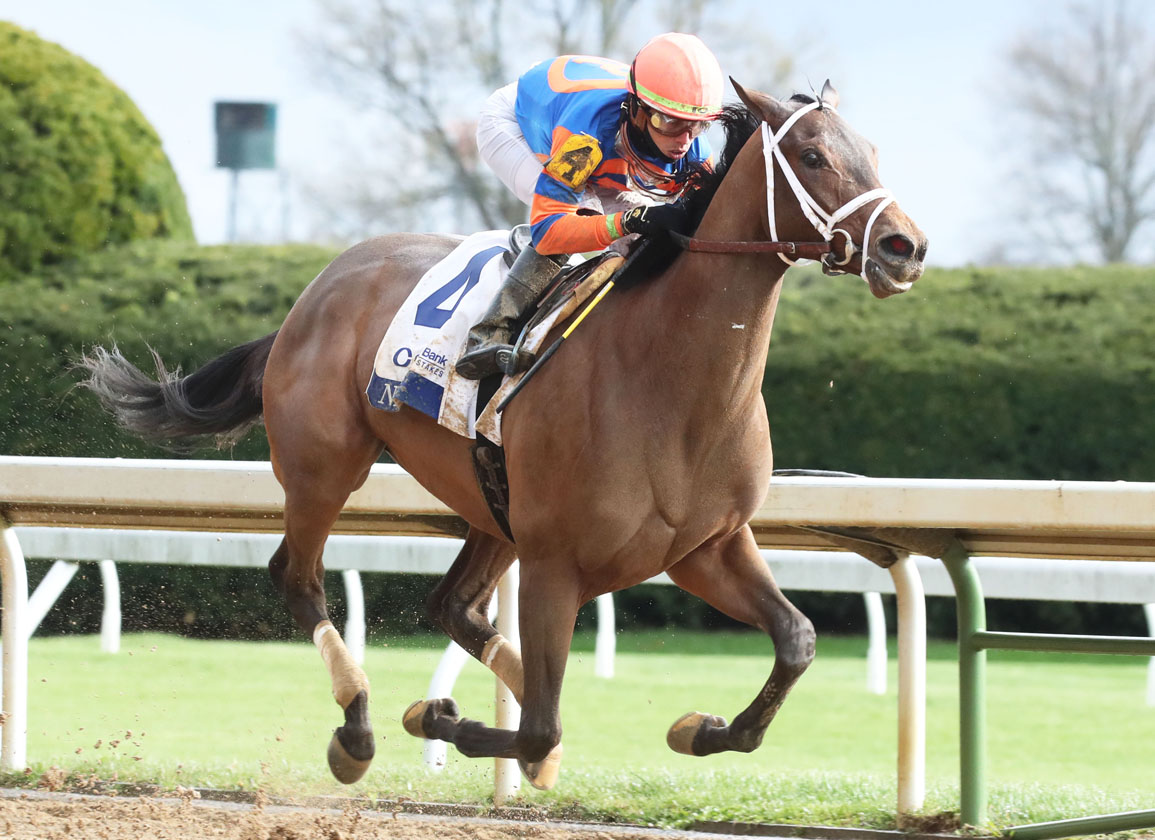 If you think you've heard this story before, it's because you have.

On the opening weekend of the 2021 spring meeting at historic Keeneland, trainer Todd Pletcher led over a filly by leading sire Curlin out of an A.P. Indy mare in the GI Central Bank Ashland S. A little more than 102 seconds later, 'TDN Rising Star' Malathaat was being unsaddled and 27 days later, was getting her picture taken after the GI Longines Kentucky Oaks. The high-profile connections of Nest (Curlin) will certainly be hoping that lightning strikes twice after the bay filly blew the doors off her rivals in the opening-day feature, establishing herself as a top-three chance in what shapes a very competitive renewal of the Oaks four weeks and about 70 miles away down Interstate 64.

Indeed, Nest was campaigned on a near-identical schedule to Malathaat last season, winning her maiden going long at first asking in September (Malathaat graduated over seven furlongs in early October) before adding the Tempted S. and the GII Demoiselle S. Unlike her year-older stablemate who raced off the layoff in the Ashland, Nest was given a single lead-up run and she delivered in spades, outclassing her rivals by a half-dozen lengths in the Feb. 12 Suncoast S. at Tampa.

Narrowly favored in the Ashland at 17-10, Nest was away only fairly, but was asked for a bit of speed by Irad Ortiz, Jr. and that enabled her to get out into the clear, albeit four wide at the entrance to the clubhouse turn. Chief market rival Interstatedaydream (Classic Empire) showed the way in advance of the stretching-out Happy Soul (Runhappy), with Awake At Midnyte (Nyquist) not far away through even fractions. The latter launched a middle move to join the top two passing the half-mile pole, but Nest had the trio covered and tugged her way up outside to make more or less a line of four at the third corner. Interstatedaydream took them into the final three-eighths of a mile, as Happy Soul began to retreat, but Nest ranged up four deep at the 2 1/2-furlong pole traveling well despite the ground concession. Held together into the stretch, Nest was shaken up and stamped her authority on the race, drawing clear with every stride to prove a much-the-best winner. Cocktail Moments (Uncle Mo) rallied late to just beat out Interstatedaydream for second.

“Irad got her into a good, comfortable rhythm going down the backside, and we didn't want anyone to get away from us with the short run to the finish line,” said Pletcher, who–remarkably–had not won the Ashland until last year. “I knew when he had her revved up she was doing it pretty easily. Then she kicked on down the lane and he wrapped up on her late. So it was everything we could have hoped for.

The Hall of Famer added, “She's a filly that's improved all the time. We've always felt like as she matured and the races got longer, she was going to get better. I really liked the way she's been training since the Suncoast. She's just kept getting better and better.”

Nest, a full-sister to GI Santa Anita H. hero Idol, is the 17th top-level winner for her outstanding sire and is bred on the wildly successful cross over the legendary A.P. Indy that has also supplied Grade I winner and current WinStar stallion Global Campaign and GSW 'TDN Rising Star' First Captain, a live chance in Saturday's GI Carter H. at Aqueduct. Including mares tracing back to Seattle Slew, Curlin has also been responsible for Grade I winners Stellar Wind (champion), Classic winner Exaggerator, Clairiere, Paris Lights and Off the Tracks.

Nest's second dam is the talented Andujar, a Grade II winner and Grade I-placed in California and New York, who once sold for $2.5 million at the Fasig-Tipton November Sale. She was also the dam of SW & GSP Abstraction (Pulpit).

Marion Ravenwood was acquired by the Lysters' Ashview Farm for $400,000 in foal to Pioneerof the Nile at Keeneland November in 2017. That produce would go on to race for Pletcher as Dr Jack, third to Mandaloun in last year's Pegasus S. at Monmouth Park. Marion Ravenwood is the dam of the 2-year-old colt Lost Ark (Violence)–a $275,000 KEESEP yearling–was barren to City of Light last year and was most recently covered by Curlin and Quality Road.