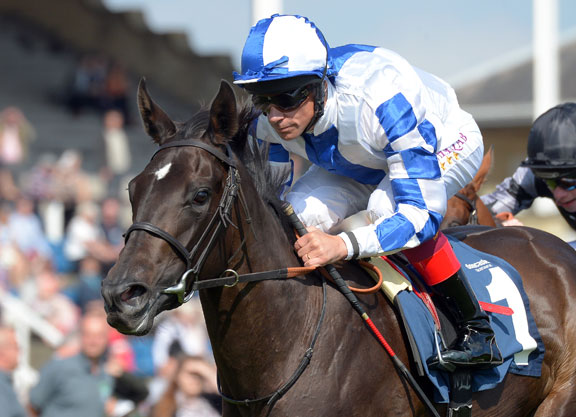 This race has been used as a prep for the G1 Coronation S. at Royal Ascot, and there are some smart fillies in attendance again this time, with last year's GI Frizette S. runner-up and GI Breeders' Cup Juvenile Fillies Turf third Nemoralia heading the list. Only a head behind the latter race's runner-up Alice Springs (Ire) (Galileo {Ire}) at Keeneland in October, her profile has been boosted by that rival's subsequent exploits in the G1 1000 Guineas, and she has pleased trainer Jeremy Noseda in the build-up to this reintroduction. “Her preparations have gone well. She had a racecourse gallop at Newmarket last Tuesday and I was pleased with her,” he explained. “She handled cut in the ground in America, but I think fast ground is ideal for her.” Sir Michael Stoute puts forward Thetis, who was runner-up to Wednesday's G3 Musidora S. third Promising Run (Hard Spun) in the G2 Rockfel S. over seven furlongs at Newmarket in September, while Roger Varian is represented by Aljuljalah. After scoring on debut over seven furlongs at Newmarket in September, she was backed up less than a fortnight later in that venue's G3 Oh So Sharp S. only to run below expectations in ninth. “Aljuljalah is a filly we have always liked,” her trainer said. “She won nicely on debut and had excuses next time out. Her work this spring has been good and we are looking forward to running her.”