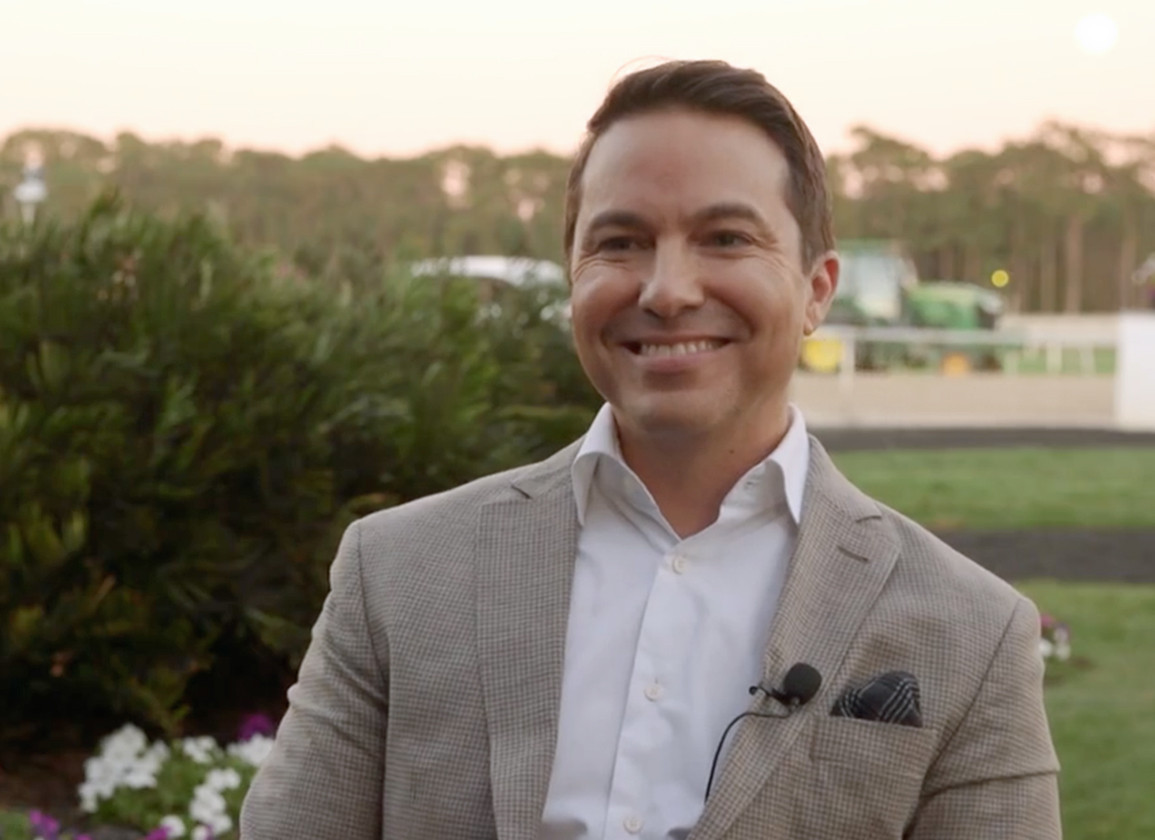 As one of the most recognizable television personalities in racing, Laffit Pincay has a front-row seat to some of the grandest spectacles in the sport, and as the son of one of the greatest jockeys who ever lived, he also has had first-hand experience with some of racing's most iconic moments from a very young age. Wednesday, the excellent broadcaster for NBC and the New York Racing Association joined the TDN Writers' Room presented by Keeneland as the Green Group Guest of the Week to preview next month's Breeders' Cup, relive some of his favorite memories from growing up in a household steeped in racing and talk about how his perspective has shifted as he has become one of the faces of the sport.

Asked about his upbringing and when he figured out that he wanted to work in racing, Pincay said, “I didn't grow up following [racing] all that closely. I was a huge baseball, football, basketball fan. I always knew I wanted to be involved in sports in some capacity. Riding was never an option. I was wearing my dad's suits to the track on the rare occasion when I would go when I was 12 or 13. Even if I wanted to ride, he wouldn't have allowed it. He said, 'If you do it, you'd better be really good, because it's a really difficult life.' It's not quite what it's made out to be. The way he had to starve himself. No offseason.

“It wasn't something, even if I was built to be a jockey, that he would have allowed. It wasn't until my teenage years that I took an interest in the sport and that was just father and son figuring out a way to bond. It was me taking an interest in his business. I found cabinets full of VHS tapes of big races he had won. I watched those over and over and over again. So I kind of taught myself the history of the sport in that way. When it came time to decide what I wanted to do for a living, as much as I love sports, I wasn't going to be an athlete. Television seemed like the right avenue. My first job was at News 12 in The Bronx. Covering high school sports and occasionally the Yankees. Then I fell into horse racing just looking for a job when I got back from New York, and it's gone on from there.”

Pincay also reflected on the importance of being able to broadcast racing last year during the COVID-induced shutdown, saying, “We were going through such a trying time and the anxiety that comes with that, with no other sports going on. So many people told us that was their escape on a day-to-day basis. To just check out. We didn't have to watch the news and worry about everything for those few hours during the course of an afternoon and what a difference that made to [people], it was special for us to hear that. If ever there was a sport designed to thrive during the course of the pandemic, it was horse racing, where you don't have a lot of human-to-human contact. We were fortunate to be distracted and be able to do our jobs. I can't tell you how many people I know in the media, in sports media specifically, who weren't able to work or who were laid off or lost jobs, adding more anxiety to an already anxious situation.”

Elsewhere on the show, which is also sponsored by Coolmore, West Point Thoroughbreds and Legacy Bloodstock, the writers appreciated the consistency of presumptive champion Letruska (Super Saver), debated the idea of penalizing trainers for equine fatalities and discussed the alleged Gulfstream betting coup that led to a jockey suspension. Click here to watch the podcast; click here for the audio-only version or find it on Apple Podcasts or Spotify.