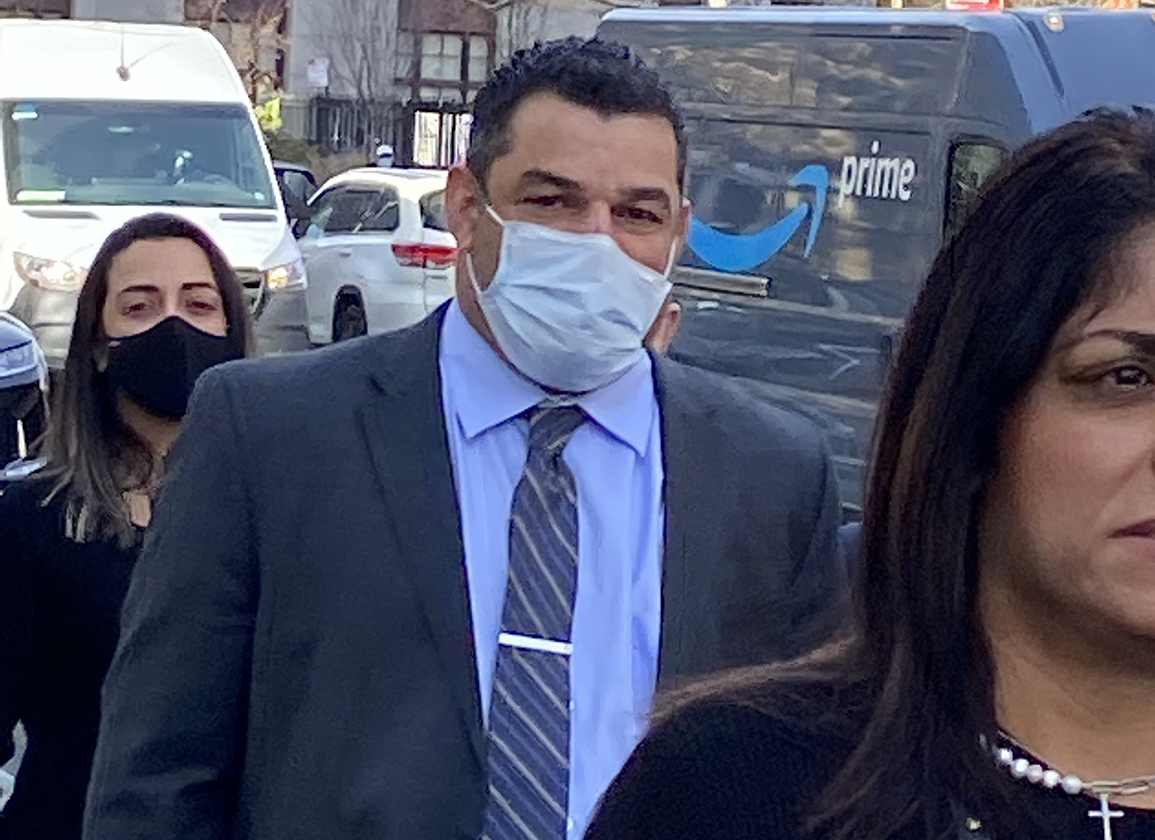 NEW YORK–Jorge Navarro, who catapulted to the top of the trainer ranks thanks to his widespread use of an arsenal of illegal, performance-enhancing drugs, was sentenced to five years in prison Friday by Judge Mary Kay Vsykocil of the U.S. District Court for the Southern District of New York. Five years was the maximum sentence allowed after Navarro pled guilty to one count of conspiracy to commit drug adulteration or misbranding.

Navarro, 46, is scheduled to begin his prison sentence on or around Feb. 15. It has yet to be determined where he will serve his sentence.

Navarro's attorney Jason Kreiss asked Vsykocil to sentence his client to four years, but ran headfirst into a judge who was in no mood to show Navarro any leniency. Rather, she continually lashed out at the disgraced former trainer, calling him a callous, calculating cheater who showed no regard for the well-being of the Thoroughbreds under his care. Vsykocil went so far as to declare that she wished the applicable laws allowed her to sentence Navarro for more than five years.

“For years, Mr. Navarro, you effectively stole millions, cheating other trainers, owners and jockeys you competed against,” she said. “You also demonstrated, Mr. Navarro, a collective, callous disregard for the well-being of the horses. The bottom line is you likely killed or endangered the horses in your care.”

Navarro's defense team tried to portray him as someone who, despite the charges against him, loved horses. Vsykocil wasn't buying it.

“The reality is someone who loves horses does not subject them to such cruel and dangerous treatment,” she said.

She also brought up the brazen manner in which he operated. In their pre-sentencing letter, government lawyers said that Navarro “considered his prolific doping a badge of honor.”

“You were so open, so brazen about your crimes that you were dubbed 'The Juice Man' and even kept in your barn a pair of Crocs that had the words 'Juice Man' running across the toes,” she said.

The hearing, which lasted about 90 minutes, began with government lawyers laying out their case as to why Navarro deserved the maximum sentence. U.S. Attorney Sarah Mortazavi said that Navarro's “career as a racehorse trainer was a sham based on a fraudulent scheme” and called him “unprincipled and dangerous.” Kreiss maintained that Navarro was a skilled horseman who succumbed to the pressures of his profession and made some bad choices.

Mortazavi zeroed in on the case of XY Jet (Kantharos), who Navarro drugged before a Feb. 13, 2019 allowance race at Gulfstream and also before his victory in the G1 Dubai Golden Shaheen in Dubai. Two weeks after his final career start, XY Jet died, which Navarro claimed at the time was due to a heart attack.

“It was tragic what happened to XY Jet, but not surprising,” Mortazavi said. “He was dead of a heart attack two weeks after his last race. That was a potent reminder of Navarro's hypocrisy.”

Navarro entered the courtroom surrounded by his wife and several other family members. When it came his time to address the court, he grew emotional, openly crying.

“I was hungry to be a winner and somewhere along the line the pressure got to me,” he said. “I thought I had to win to be respected in the horse racing industry. I became a selfish person who only cared about winning and I lost my way. I chose to become a horse trainer because of my love for the horse. It was the horses that brought me my greatest joy. I take responsibility for all that I have done and apologize to the people that I have hurt. I  should have quit when I started feeling all that pressure, rather than putting the horse and the people who believed in me through this.”

Navarro has also been ordered to pay $25.8 million in restitution to the owners, trainers and jockeys he defeated from 2016 to when he was arrested in March 2020. Government lawyers revealed that Navarro is to pay that money to the racetracks he competed at during the run and the tracks will then be responsible for distributing the money. It is not clear if he has $25 million, or anything close to it, at his disposal.

Kreiss admitted that Navarro “will never be a licensed trainer in the U.S. ever again.” But much of his future remains murky. He will be subject to three years of supervised release after finishing his sentence, but Kreiss reiterated his belief that Navarro, who is not a U.S. citizen, will eventually be deported to his native Panama. Navarro has been in the U.S. for 35 years and has said he has no connections to anyone in Panama. Because of his immigration status, he cold also be sent to a prison under the control of  U.S. Immigration and Customs Enforcement (ICE) rather than to a federal minimum-security prison in Florida, where he is now residing.