Native Trail To Face 14 In The Guineas 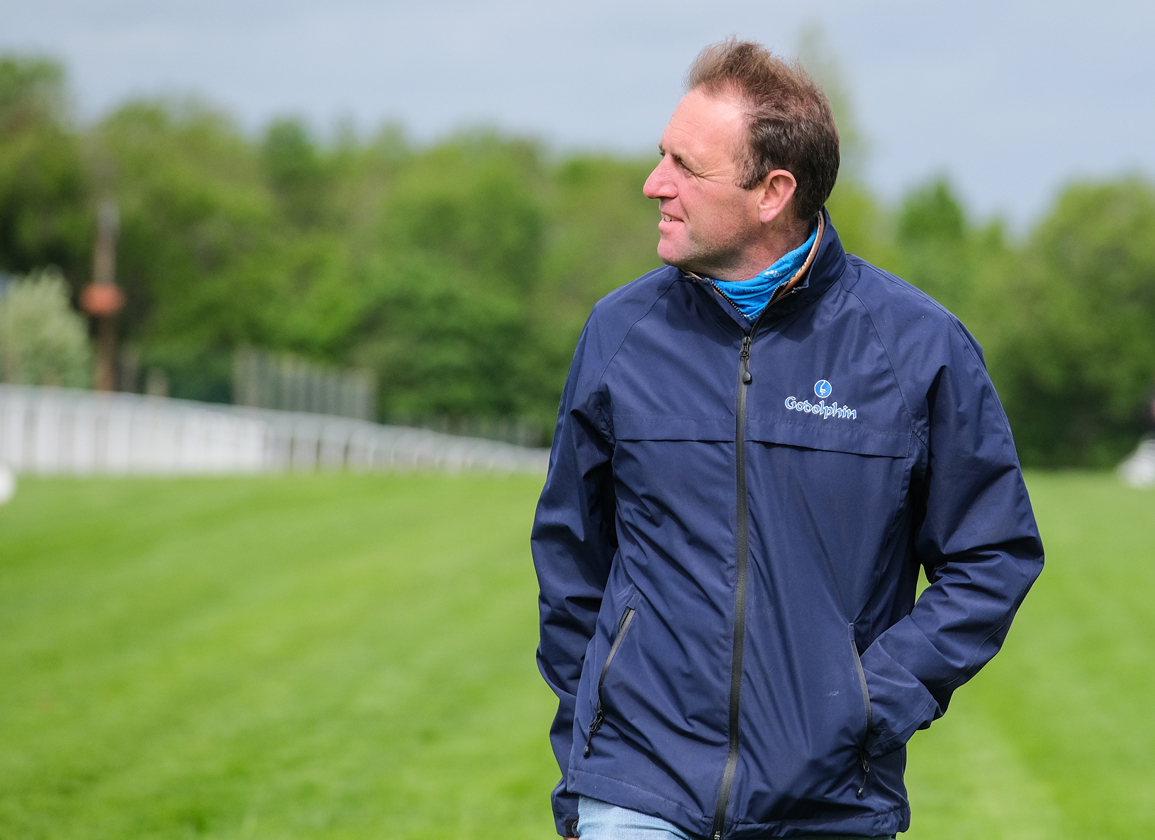 Charlie Appleby will have to be sharp-eyed on Saturday after the draw for Newmarket's G1 QIPCO 2000 Guineas saw his high-class pair Native Trail (GB) (Oasis Dream {GB}) and Coroebus (Ire) (Dubawi {Ire}) on opposite sides of the track. William Buick's mount, the G1 Vincent O'Brien National S. and G1 Dewhurst S.-winning unbeaten champion juvenile Native Trail, was handed 15 of 15 while his G3 Autumn S.-winning stablemate is in one. Their handler was unconcerned about the draw on Thursday. “With the stalls in the centre of the track, being drawn 15 doesn't worry me at all–he is the class horse in the field and William knows him very well,” he said. “They are two very exciting colts and with Coroebus drawn on the other side I'd like to think that we have both angles covered!”

Will It Pay To Be Low?

While a dramatic field split is rare, it is always a possibility in this race and looking for a pace scenario at this stage, it could be that low numbers are the place to be. Highclere Thoroughbred Racing's Royal Patronage (Fr) (Wootton Bassett {GB}), a talent in his own right who beat Coroebus in the course-and-distance G2 Royal Lodge S., was a marked front-runner at two and is set to exit from stall six, while the likes of Sheikh Rashid Dalmook Al Maktoum's G1 Prix Morny and G1 Middle Park S. winner Perfect Power (Ire) (Ardad {Ire}) and Ballydoyle's unbeaten G1 Vertem Futurity Trophy winner Luxembourg (Ire) (Camelot {GB}) are in three and four, respectively.

A Point to Prove?

Brushed aside by Native Trail at The Curragh last term, 'TDN Rising Star' Point Lonsdale (Ire) (Australia {GB}) is back for another go over this extra furlong with Frankie Dettori booked by Aidan O'Brien. Frankie's record in Group 1s for Rosegreen is outstanding of late and it is clear that Team Ballydoyle just could not let the Italian sit out this Classic such is his phenomenal presence. As a winner of the Listed Chesham S., G3 Tyros S. and G2 Futurity S., Point Lonsdale is not a back-number for the 10-times-winning stable.

Aidan O'Brien withdrew Glounthaune (Ire) (Kodiac {GB}) on Thursday, while the three others taken out were Angel Bleu (Fr)  (Dark Angel {Ire}), Bayside Boy (Ire) (New Bay {GB}) and Dr Zempf (GB) (Dark Angel {Ire}). Bayside Boy is set to join Angel Bleu at ParisLongchamp in 15 days' time after trainer Roger Varian opted for patience. “Bayside Boy is in great form, but we're going to hang on and go to France for the French 2000 Guineas,” he said. “We've been thinking French Guineas all winter for this horse and it is very easy to get sucked into Newmarket the closer you get to the race, but we are going to stick to our original thoughts.”

Alongside Point Lonsdale, another 'TDN Rising Star' is Dr Ali Ridha's Dubawi Legend (Ire) (Dubawi {Ire}) who is next to his G1 Dewhurst S. conqueror in 14. Tom Marquand, who accompanied the Hugo Palmer-trained bay in a gallop on the track during the last meeting, was happy with where he is positioned when asked on Thursday. “When I rode him at the Craven meeting, he was flying and we've got a great draw next to Native Trail,” he said. “He's got an uphill task to beat a champion and their form is plain to see, but he did plenty wrong in the Dewhurst–he was warm and sweaty that day, but was an absolute gentleman and relaxed in his racecourse gallop so hopefully he can find something with the favourite. It's a hot contest and I'm under no illusions.”

Friday's card at Newmarket sees another promising Varian type in Sheikh Mohammed Obaid Al Maktoum's Subastar (Ire) (Sea the Stars {Ire}), who tackles the Listed Newmarket S. having won a hot mile maiden here in September. This may not hold the clout it used to as a Derby trial in the days of Shirley Heights (GB) and Slip Anchor (GB), but in the last 10 years it has been won by Noble Mission (GB), Hawkbill and Mishriff (Ire) so keep your eyes peeled.

Also on Friday is the not-so-small matter of the return to Europe of Yibir (GB) (Dubawi {Ire}) in the G2 Betfair Exchange Jockey Club S., giving another former staging post of note a shot in the arm after a spell in the doldrums. None of his five rivals are in his league and if it gets tactical, the reigning GI Breeders' Cup Turf-winning Eclipse Champion Male Turf Horse showed in the Mar. 26 G1 Dubai Sheema Classic that he can produce off a moderate pace too. Charlie Appleby and William Buick are the dominant forces in Britain so far this year and it could easily be another tale of success as the G1 Prix Jean-Luc Lagardere runner-up Noble Truth (Fr) (Kingman {GB}) lines up in the rescheduled seven-furlong Listed Betfair King Charles II S. “He surprised us with how well he took his race in the Dubai Sheema Classic and has continued to show his wellness back in Newmarket,” Appleby said of the GI Man o'War-bound Yibir. “Noble Truth is a slightly frustrating horse because he is very headstrong, but hopefully dropping back to seven furlongs can rekindle the best of his juvenile form.”

Far From the Madding Crowd