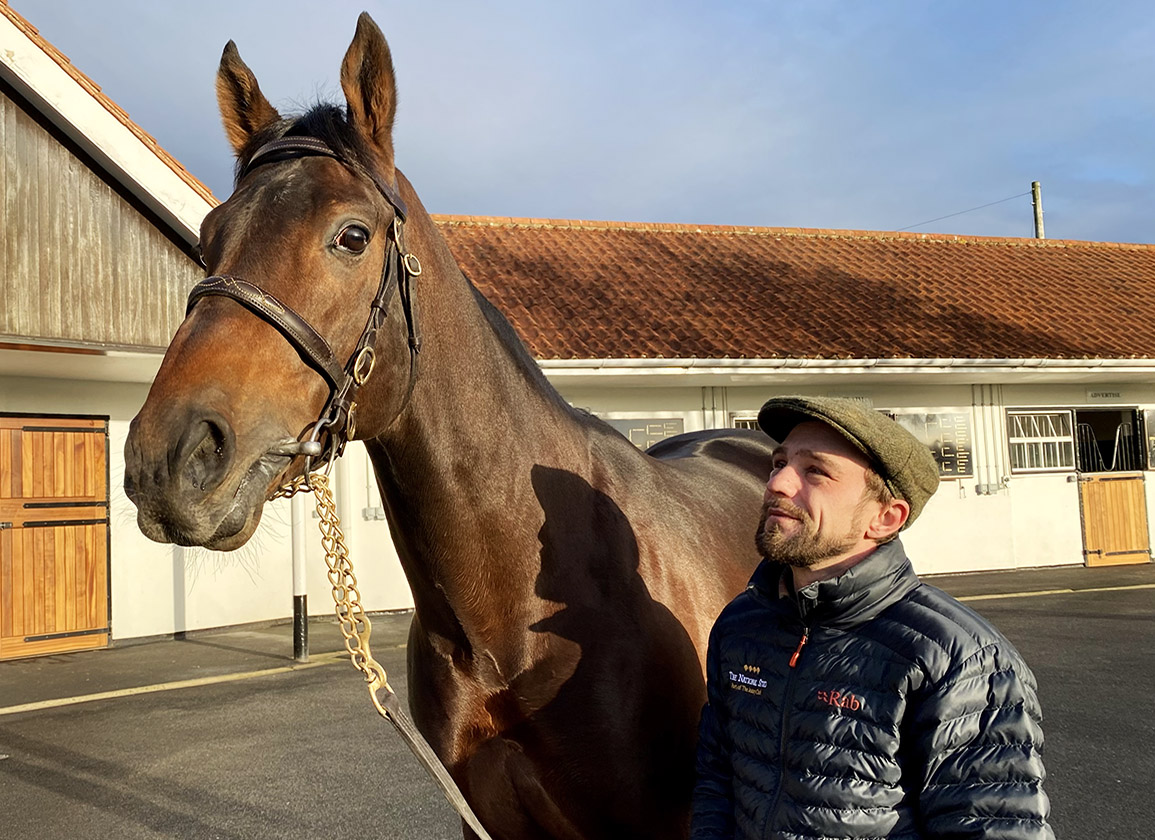 The real Lope de Vega, dubbed the Spanish Shakespeare, was as prolific a playwright and poet as he was a lover, and is believed to have fathered about 15 children, some legitimate, others not so.

That's small fry for a stallion, of course, and the horse who has carried his name with such distinction, both on the racecourse and at stud, could well end up with at least that many sons following him to stud. So far, in Ireland, he is represented by Phoenix Of Spain (Ire) and Lucky Vega (Ire), who has joined the former at the Irish National Stud this season, as well as Darley's Belardo (Ire), the stand-out member of his sire's first crop. In Newmarket, the National Stud has welcomed its own son of Lope De Vega (Ire) in Lope Y Fernandez (Ire), who drew plenty of praise when shown to the public during last year's December Sales.

In fact, it is fair to say that Lope Y Fernandez had his fair share of admirers almost from the start, for he commanded a price of €900,000 as a yearling when offered by Ballylinch Stud on behalf of breeder SF Bloodstock at the Arqana August Yearling Sale. MV Magnier was the buyer, and off the handsome dark brown colt went back to Ireland to join the bluebloods at Ballydoyle.

An easy-moving sort himself, Lope De Vega does appear to pass on this swagger to his offspring, and it was this aspect of Lope Y Fernandez, as he prowled about the National Stud's stallion unit, that had visitors talking during the early viewing rounds.

“He does just does stand out from the crowd, and he's an amazing-looking horse,” says Jamie Jackson, who is himself also in a new role, if not completely new, at the National Stud. Previously assistant to Joe Callan, who has taken up the position of interim general manager at Market Rasen racecourse, Jackson has recently been appointed nominations manager, and his job is being made a little easier when it comes to selling the stud's new recruit.

“He's got an exceptional walk,” Jackson continues as he watches the dark brown stallion take a turn alongside his handler Luke Strong. “He's just such a well-balanced horse; he's an oil painting.”

A winner on debut at two, Lope Y Fernandez was then placed second and third behind Pinatubo (Ire) in his next two starts in the Chesham S. at Royal Ascot and G2 Vintage S. at Glorious Goodwood. The Vintage S. had been won the previous year by his half-brother Dark Vision (Ire) (Dream Ahead), and their dam, the five-time winner and listed-placed Black Dahlia (GB) (Dansili {GB}), has also produced the stakes-placed Al Hayyah (Ire), a full-brother to Lope Y Fernandez.

The latter, who landed his own group honours in the G3 Round Tower S. as a juvenile, went on to a 3-year-old campaign which can perhaps be described as frustratingly consistent, with four Group/Grade 1 placings in the Irish 2000 Guineas, Prix Jean Prat, Prix Maurice de Gheest, and Breeders' Cup Mile. At four he returned to win the Listed Heritage S. and was second again at the highest level behind Palace Pier (GB) in the Queen Anne S.

Lope Y Fernandez demonstrated a good deal of speed and, encouragingly, for those breeders who still like to see hardiness demonstrated on the racecourse, his dam ran 42 times, while her dam, South Rock (GB), was also a multiple winner, including at listed level, and is by the similarly hardly Rock City (GB), whose name is not seen too often in pedigrees these days but won the G2 Gimcrack S. among his five group wins for Richard Hannon Sr.

Now embarking on his first season at stud, Lope Y Fernandez has an interesting four-strong syndicate behind him, with Coolmore retaining an interest, and the National Stud teaming up with Whitsbury Manor Stud and successful racing syndicator and breeder Nick Bradley to complete his diverse ownership group.

Jackson continues, “We were looking for a new stallion off the back of a good season with Time Test (GB) and Aclaim (Ire). We need to keep the ball rolling, and obviously ride the waves. We had Lope Y Fernandez on our radar for a good while, and obviously Ed Harper had the same idea at Whitsbury Manor. We managed to acquire him together and it's great that Coolmore kept an interest, and Nick Bradley also got involved through Ed.”

He adds, “For us to compete and be involved with the game against all the competitors we have, I think it's a great idea moving forward and something we'd love to explore more. It's a great initiative and it gives him every chance to be successful and be very well supported with good mares.”

The stallion career of Lope Y Fernandez is to be structured in the same way as Time Test, who sired four stakes winners from his first crop of runners in 2021 and was one of the most sought-after young stallions at last year's sales. His book is already full, and the team at the National Stud has also been fielding plenty of interest in Lope Y Fernandez.

“We've released 40 breeding rights for him and they have been very popular,” Jackson notes. “We've had some very good mares pencilled in already, with a half-sister to Showcasing (GB), a full-sister to the Tin Man (GB), and a half to Kodi Bear (Ire).”

Jackson, 25, already has a good relationship with Whitsbury Manor Stud, where he started working five years ago before completing the BHA Graduate Scheme.

“I had no horse-handling experience,” he recalls. “I just thought I'd go there for a summer and then off the back of that thought, 'this is exactly what I want to do'. I applied for the grad scheme and very luckily got placed here at the National Stud for eight weeks. Now, two and a half years later, I'm still here. I've seen the Time Test and Aclaim foals come all the way through to be successful racehorses. They have every chance to be 3-year-olds as well.

“The stud at the moment is on a massive upward trajectory. Time Test had an amazing season and is looking to cover his biggest and best book ever with some dams of Classic winners, and Classic winners themselves, which is unbelievable. Aclaim was one of the leading first-seasåon sires, the first foals of Advertise (GB) were very well received and have gone to some good homes. Rajasinghe (Ire) will have his first 2-year-olds and he will have every chance. He was a fantastic son of Choisir (Aus) and won the Coventry in record time.”

Clearly, confidence abounds at the National Stud, which welcomed a new chairman, Lord Grimthorpe, at the end of last year, and has, in the Juddmonte-bred Time Test, an in-demand stallion who links Grimthorpe to his predecessor, the late Duke of Roxburghe, who was insistent that the farm should stand the Juddmonte-bred son of Dubawi (Ire). The National Stud stallion unit is now named in the duke's memory, and there could be no more fitting a tribute to the passionate owner-breeder than if at least one of the current young incumbents could rise to the ranks of the elite.

For those breeders who missed the chance to see Lope Y Fernandez in December, he will be on one of 12 stallions on show at Tattersalls for the TBA Stallion Parade just ahead of the February Sale on on Thursday, Feb. 3.