Mychel Sanchez, Suspended for Betting Against His Mounts, Returns at Delaware Park 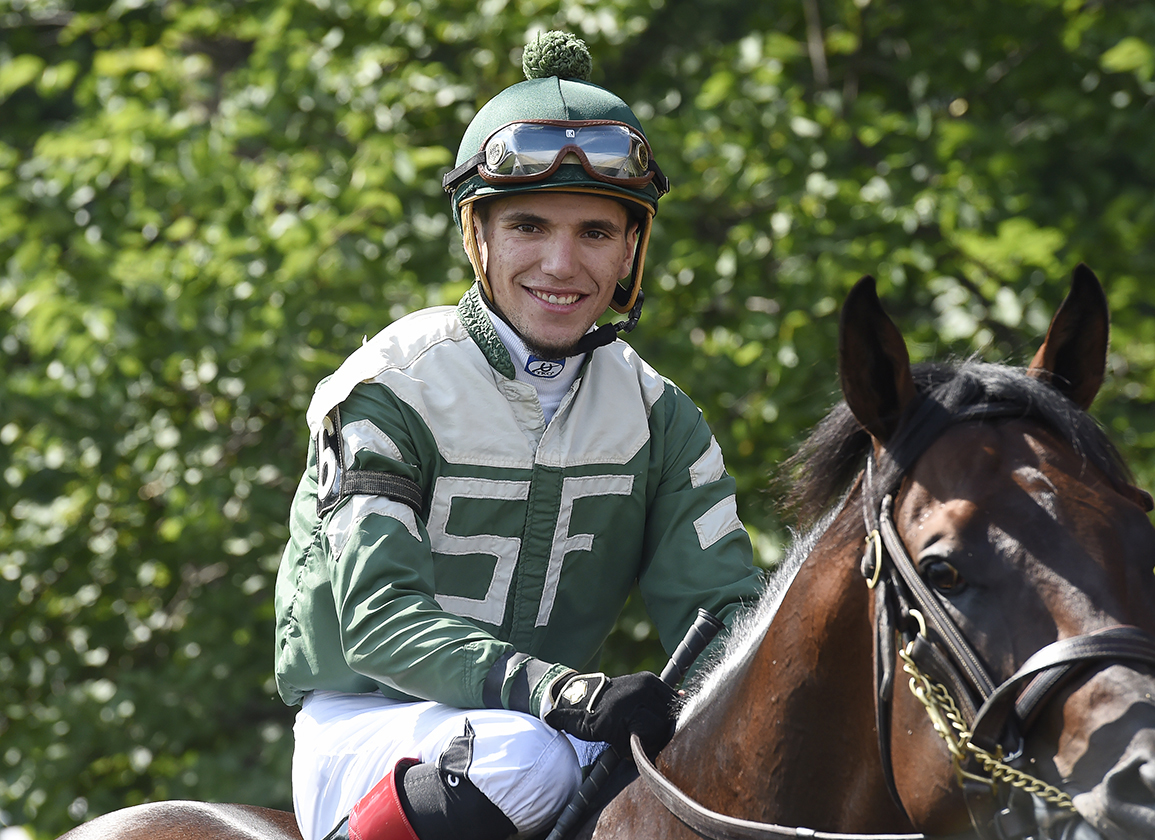 Nearly five months after beginning a suspension for betting against his own mounts, jockey Mychel Sanchez returned to action Wednesday, riding in the second race at Delaware Park. Sanchez finished eighth aboard XY Lady (Sharp Azteca) in the race for 2-year-old maiden fillies. He is also listed on mounts on the Thursday, Friday and Saturday cards at Delaware.

Sanchez last rode Jan. 19 at Parx. Shortly after that, the Pennsylvania Racing Commission handed him a 60-day suspension after it was discovered that during a betting spree he made wagers on horses other than his own mounts on races at Parx and at Laurel. The Maryland Racing Commission also suspended Sanchez for 60 days, with the days running concurrently with the Pennsylvania suspension.

When the suspensions ended in March, Sanchez apparently had a difficult time finding a track that would allow him to ride. At the time, attorney Alan Pincus confirmed to the TDN that Parx officials would not accept entries where Sanchez was listed to ride. 1/ST Racing, which operates Laurel and Pimlico, announced that Sanchez had been banned indefinitely.

Sanchez's name first reappeared in the entries when he was listed on horses for the June 10 card at Delaware, but he was replaced on each of those mounts.

While admitting that his client had bet against himself, Pincus said that Sanchez had done so as an outlet to battle depression. He said that Sanchez, in all cases, tried to win, even when he had bet on another horse.

“It was clear he was giving his best effort,” Pincus said. “He was not fixing races. He won several of the races in which he bet against his horses. The horse paid $37 in one race, $27 in another. He was just doing something crazy that only a psychiatrist can explain.”

The TDN, through a Freedom of Information Law request, acquired the records of Sanchez's betting activity that were reviewed by the Pennsylvania Racing Commission. The betting log covers the period of Dec. 23 of last year through Jan. 3, during which time Sanchez placed 104 bets on his TVG account. From those 104, there were only six races in which he made significant bets against himself. Whether he was involved in a race or not, he was betting heavily. In one instance, he made a $2,000 win, place and show bet on a race at Laurel, betting on his mount, Johnny Sack (Mosler). He lost all $6,000 as Johnny Sack finished sixth.