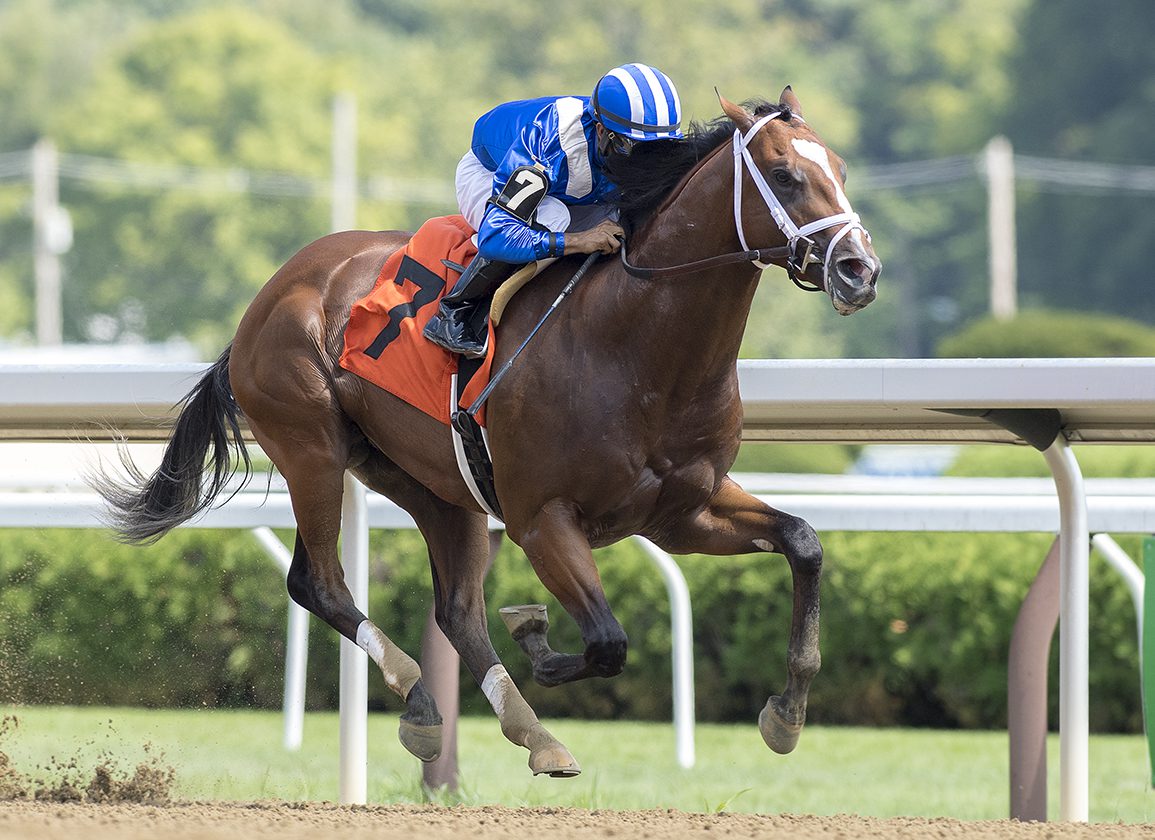 Mutasaabeq (Into Mischief–Downside Scenario, by Scat Daddy), a Grade II-winning juvenile, has been retired and will take up stud duty for the 2023 breeding season at Darby Dan Farm. The deal was brokered by The Stallion Company and his fee will be $7,500 S&N.

“Hailing from a sire line with a lot of upside, Mutasaabeq is a fast and precocious son of Into Mischief,” said Ryan Norton, Darby Dan Farm's stallion director. “He is an outstanding individual with all the ingredients to be a top sire, and we're excited about the opportunity to offer him to breeders in the upcoming breeding season.”

A $425,000 weanling purchase by Shadwell Stable at the 2018 Keeneland November Sale, Mutasaabeq followed a 'TDN Rising Star' performance on debut at Saratoga with a third-place finish in the GI Runhappy Hopeful S. Switched to grass, he posted a visually impressive come-from-behind victory in Keeneland's GII Bourbon S. Mutasaabeq's resume also includes a win in Gulfstream's Mucho Macho Man S. at three. All told, Mutasaabeq hit the board in four of six lifetime starts and earned $259,670.