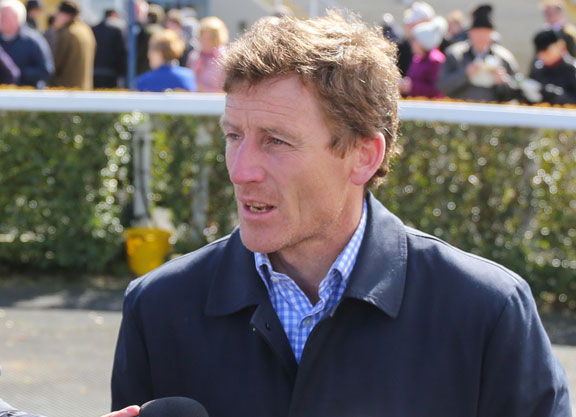 Lightening Quick (GB) (Frankel {GB}), winner of the G3 Athasi S. earlier this month, will head to the yard of trainer Johnny Murtagh after Ger Lyons and owner Qatar Racing announced their split on Tuesday.

David Redvers, racing manager for Qatar Racing, told Racing Post, “Lightening Quick has gone to Johnny Murtagh. He's got three in total and the others have gone back to England to be trained by our core group of trainers–David Simcock, Andrew Balding and Ralph Beckett–who have all been with us from the early stages.”

“Johnny's trained horses for us since he took out his licence and he's done very well for us. He used to ride for us a lot,” Redvers added. “He's been sent the filly on the basis that Sheikh Fahad believes he's the best man for the job. As well as Lightening Quick, we've sent him two 2-year-olds. There were only 10 horses [in training with Lyons] in total so there weren't that many.”