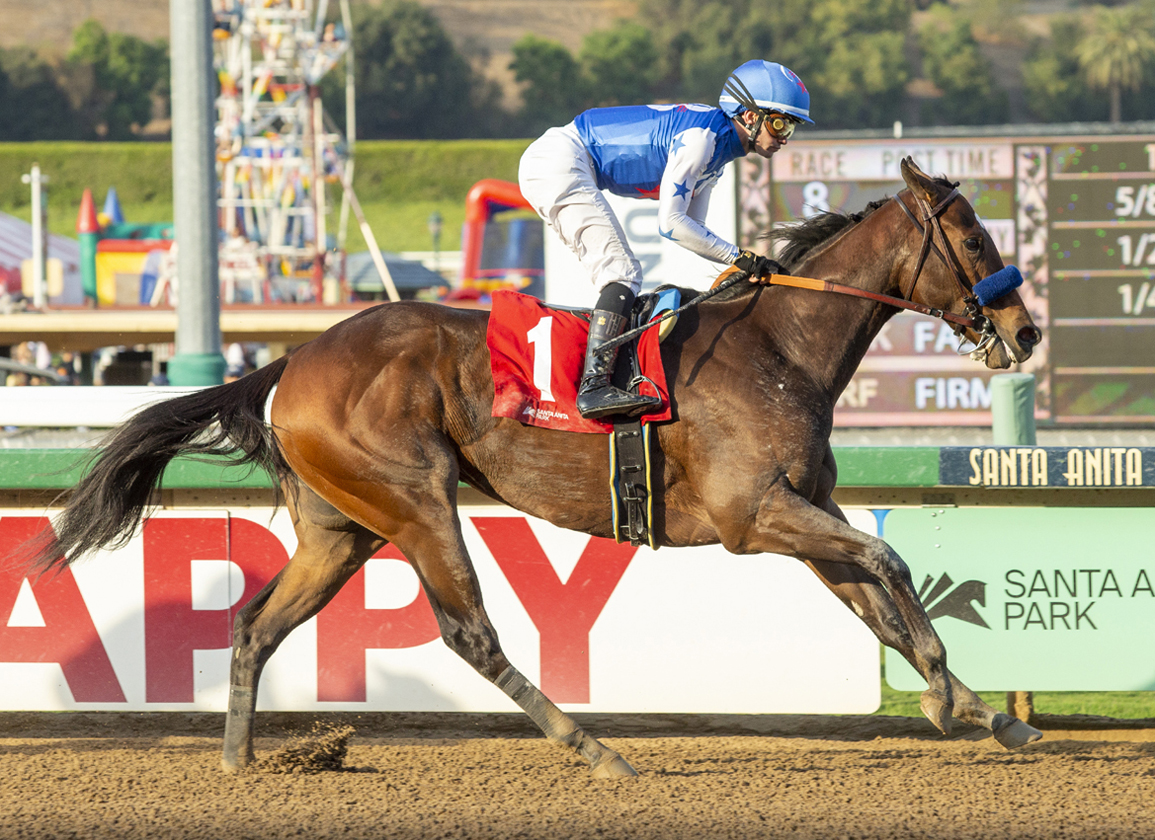 Away without incident from the inside stall, the bay was beaten for speed, then angled away from the fence to stalk the pace outside of Shes Bout a Mover (Mastery) through a quarter in :21.90 and a half in :44.98. Pressing past the front-runner with a minimum of fuss at the head of the lane, Eda was under very little urging from Flavien Prat, who took a quick peek to his left to look at the infield screen to make sure the race was in safe keeping. In the end, Eda had 2 1/4 lengths to spare on the maiden Lady T (Into Mischief), while her stablemate Benedict Canyon (Midnight Lute) ran on for third.

Second, but promoted to first in her June 19 debut going five furlongs over this surface, Eda missed by a head to Elm Drive (Mohaymen) in the GII Sorrento S. at Del Mar Aug. 6. That effort established Eda as the clear favorite for the GI Del Mar Debutante, but she dropped back to finish fifth after attending a punishing early pace.

Bred in Kentucky by Nate McCauley, who successfully raced Munnings's daughter Venetian Harbor in partnership, Eda was a $240,000 Keeneland September yearling who matured into a $550,000 OBS March juvenile after breezing in :10 flat. Show Me is the dam of a weanling filly by Karakontie (Jpn) and returned to Munnings for her most recent covering. Eda is the 53rd black-type winner for her sire. Click for the Equibase.com chart or VIDEO, sponsored by TVG.