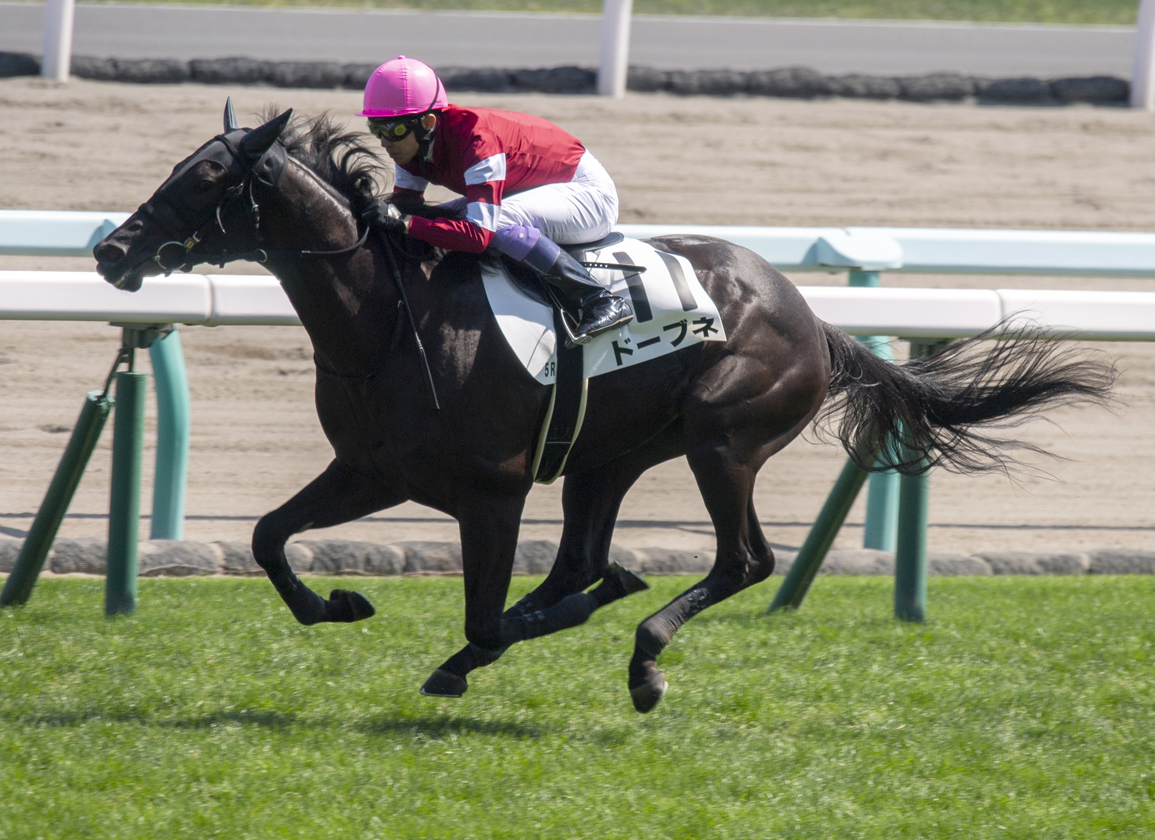 Dobune (Jpn) (Deep Impact {Jpn}), who cost new owner Susumu Fujita a whopping ¥517.1 million (about US$4.7 million) at the Chiba 2-Year-Old Sale this past May, overcame a wide gate and belied his inexperience with a two-length debut victory in a newcomers' event going 1500 meters (about 7 1/2 furlongs) on turf at Sapporo Racecourse Saturday afternoon.

Off as the 17-10 favorite after trading at odds-on for the majority of the wagering, Dobune more or less walked out of ate 11 and was allowed to find his footing by Yutaka Take, who settled the colt in the latter third of the 12-horse field. Asked to improve his position about five wide on the turn, Dobune drifted out a bit while rallying seven deep into the straight, gathered in Speed Glamour (Into Mischief) with a little less than a furlong to race and was punched out hands-and-heels to score with relative ease (video).

Among the last handful of horses by the legendary Deep Impact, who passed away in the summer of 2019, Dobune was bred by Shadai Farm and is the fourth foal out of Premier Steps (Ire) (Footstepsinthesand {GB}), Group 3-placed in England and France before winning the 2013 Sweetest Chant S. when trained by Chad Brown for Swift Thoroughbreds, Vintage Thoroughbreds, Michael Kisber and Bradley Thoroughbreds. She was third in the 2014 GIII Wilshire S. for trainer Tom Proctor and was acquired by Shadai for $400,000 at the 2015 Keeneland January Sale.