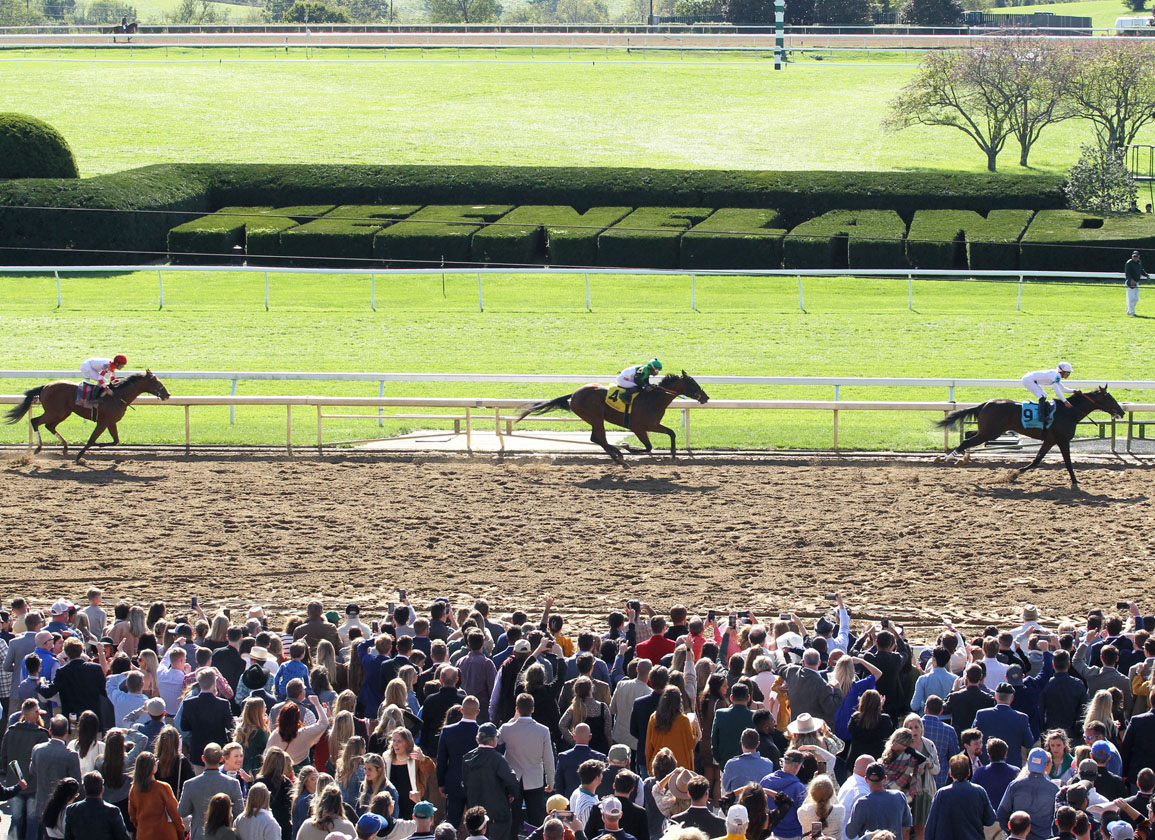 Purses for maiden special weight (MSW) races are projected to trend upward this spring at both Keeneland Race Course and Churchill Downs.

Mike Ziegler, the senior vice president and general manager at Churchill, told KTDF board members that, “We have yet to finalize our purse structure for the upcoming meet. I expect them to be probably right in line with where they were in the fall, which was at $120,000 for [MSW races].”

Bell also outlined the allowance purse structure for Keeneland's April meet: Starting at the 1x condition, purses will be $110,000, with consecutive bumps upward of $10,000 for each the 2x, 3x, and open allowance levels, maxing out at $140,000.

Rick Hiles, the president of the Kentucky Horsemen's Benevolent and Protective Association, said, “I think it's great. Just don't leave out the claiming races. Make sure the guys that are running their horses in the claiming races every day are well-compensated, too.”

Bell said he agreed, and that Keeneland's condition book–which will come out later this week or sometime next week–will reflect claiming purse increases “just to help bolster those races that [don't] qualify for the KTDF funds.”

When prodded by KTDF advisory committee chair Bill Landes, III to give a glimpse of what purse levels might look like in the fall when Keeneland hosts the Breeders' Cup, Bell said the “hope [is] that it'll carry from the spring right into the fall and look fairly similar.”

When Churchill follows Keeneland in the spring rotation, it will open this year with a new turf course in place. Construction and seeding of that surface prevented Churchill from carding grass races last fall.

Ziegler noted that Churchill will be adding three Wednesday programs in June, making for two five-date weeks of racing and one six-date week that concludes with a Monday, July 4, holiday card.

It was not discussed at the meeting how that outlying six-date final week might adversely affect the available horse population at Ellis Park, which has a scheduled July 8 opening.