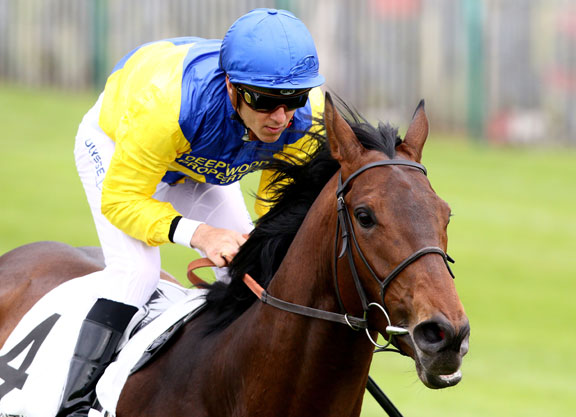 British trainer Hughie Morrison is putting strategy into planning the G1 Melbourne Cup raid of last out G2 Prix Kergorlay winner Marmelo (GB) (Duke of Marmalade {Ire}). Morrison told At The Races a G1 Irish St Leger bid on Sept. 10 is uncertain, and the 4-year-old may prep in Australia instead.

“He's in very good form. He's taken his last race as well as any race and has come back jumping out of his skin,” said Morrison.

“Ideally we'd like to run him in a couple of weeks in the Irish St Leger, but one mustn't forget the Melbourne Cup is a handicap and if we ran too close to Order Of St George and Big Orange, that could be the end of our chances in Melbourne. We might have to wait until we get to Australia before he runs next.”

“The owners are very keen to go and hopefully we can still find some improvement from him,” Morrison said. “He's a big horse that can carry weight. If you're going to go, then this is probably the year to go.”

If Marmelo has a local prep, Morrison said it is unlikely to be in the G1 Caulfield Cup on Oct. 21.