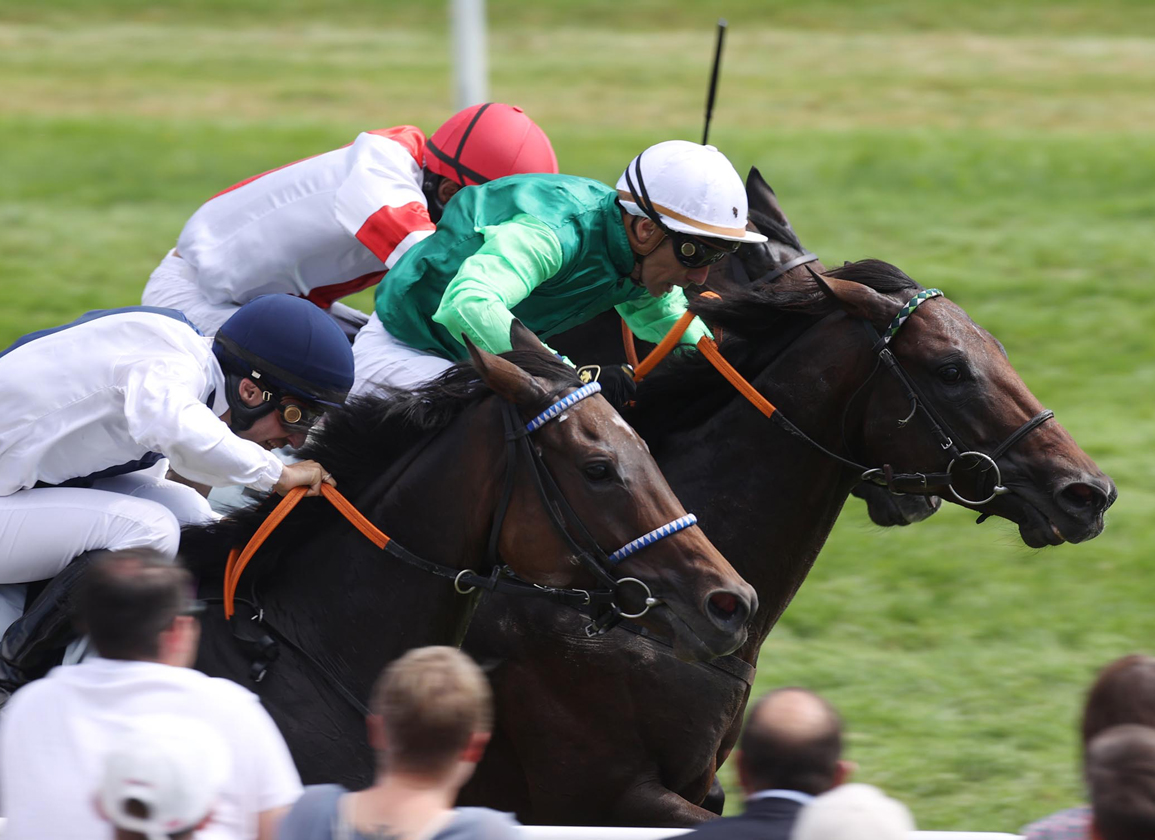 First or second in seven career starts in Madrid, last term's Spanish champion 3-year-old colt and Listed Prix Millkom third Rodaballo (GB) (Lope de Vega {Ire}) was unbeaten in two prior starts this semester and bookended Spain's banner weekend in Germany with a narrow victory in Sunday's G2 88th Kronimus Oettingen Rennen over one mile at Baden-Baden. The Guillermo Arizkorreta trainee went postward for this first pattern-race start coming back off conditions scores at Madrid's La Zarzuela venue in April and June and raced seventh at the tail of a reduced field through the early fractions. Under the pump fanning wide with the pack into the straight, he powered forward to split G3 Fritz Henkel Stiftung-Rennen first and second Liberty London (Ger) (Maxios {GB}) and Jin Jin (Ire) (Canford Cliffs {Ire}) approaching the final furlong and would not be denied under a late drive to outbob Jin Jin by pixels in a thrilling three-way tussle. The latter exacted a measure of revenge on Liberty London, who played her part in front of a packed crowd and finished a neck back in third, the trio 4 1/4 lengths clear of the remainder.

“We have won two Group races over the weekend and I can hardly believe it,” Arizkorreta told GaloppOnline. “Rodaballo has not had that many starts in his career and, after winning the biggest race in Madrid [Gran Premio Claudio Carudel], we considered alternatives in France and Germany. We decided on coming to Baden-Baden and I'm delighted it has worked out so well. I'll now have the chance to sit down in peace and then we will think about where we can continue with the horse.” Part-owner Angel Saenz added, “We have a syndicate of eight people involved in Rodaballo and four of them are celebrating here at the track today. I am also a co-owner of [Saturday's G3 Goldene Peitsche victrix] Kitty Marion, which was an amazing win, and we will never forget this weekend.”