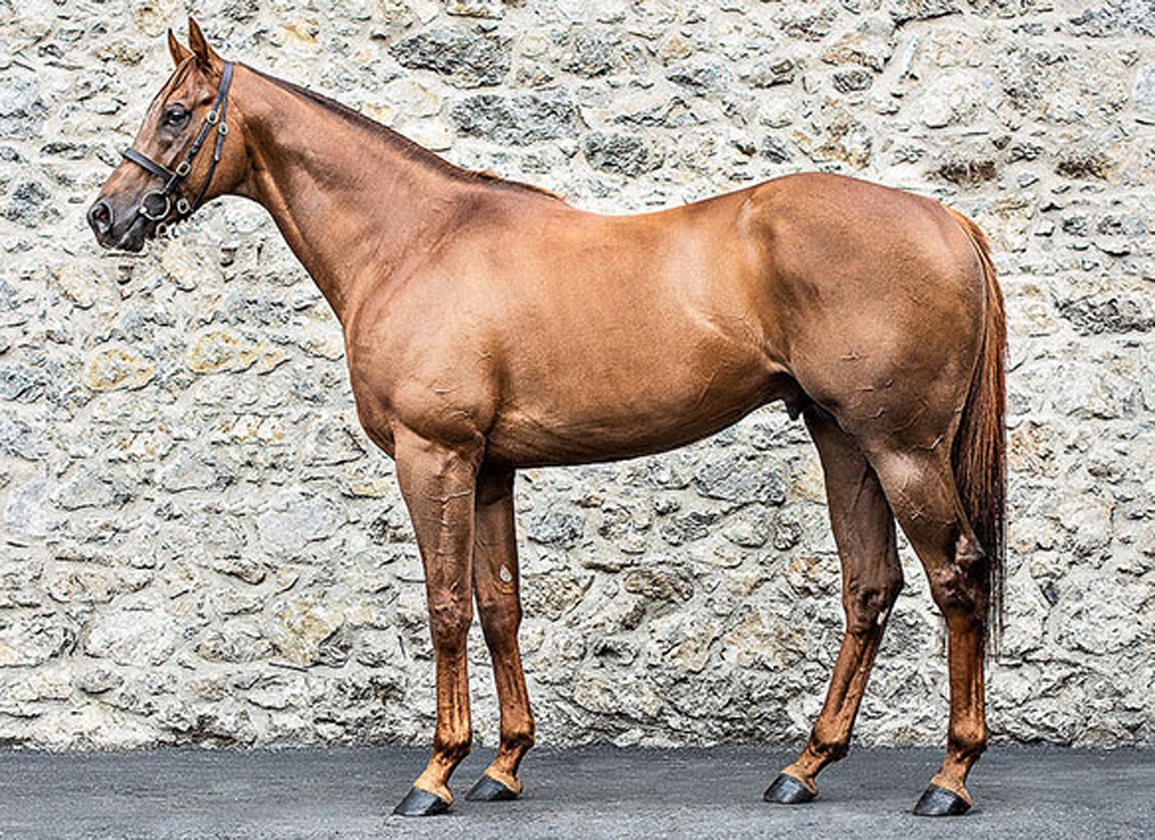 It was extremely unlikely that any first-season sire this year would even get close to the record-breaking 56 winners for Mehmas (Ire) in 2020. That feat was made all the more remarkable by the fact that the start of the Flat season was delayed for several months by the pandemic-induced shutdown of racing.

Leaving this huge tally aside, in any other year 35 first-crop winners at a strike-rate of 40% would be more than respectable, and it is this number, and £788,531 in progeny earnings in 2021, that sees Mehmas's fellow Tally-Ho Stud resident Cotai Glory become the leading freshman in Europe. The son of Exceed And Excel's eight black-type performers were led by the G2 Prix Robert Papin winner Atomic Force (Ire), while Purciaretta (Ire) won a Listed contest in Italy and Eldrickjones (Ire) was runner-up in the G2 Coventry S.

On the prize-money front, Cotai Glory only narrowly shaded Caravaggio, who spent three years at Coolmore in Ireland before being relocated to Ashford Stud in Kentucky for the 2021 covering season. He remains there and now has some bragging rights from a first-crop Group 1 winner in the lightly-raced but unbeaten Cheveley Park S. victrix Tenebrism. The G2 Debutante S. winner and G1 Moyglare Stud S. runner-up Agartha (Ire) was another smart performer for Caravaggio, who had 24 winners in Europe overall.

The former breeze-up graduate Ardad (Ire) was third in Europe and is the leading freshman in Britain, with his 23 winners including the dual Group 1 hero Perfect Power (Ire) and G3 Sirenia S. winner Eve Lodge (GB), as well as the G2 Coventry S. third Vintage Clarets (GB). Ardad's popularity rose accordingly at the yearling and foal sales this year which will have made up for the fact that his 2021 foal crop consisted of just 18 members. He covered a three-figure book of mares at Overbury Stud in 2021, however, and that will be repeated this covering season.

While Tally-Ho Stud can enjoy some reflected glory in having bred both Ardad and Perfect Power, greater enjoyment will doubtless be derived from the start made by another of the farm's stallions, the 2000 Guineas winner Galileo Gold (GB). He too had a Group 1 winner, from his former stable of Hugo Palmer, in Ebro River (Ire), as well as Group 3 winner and Group 1-placed Oscula (Ire) and the Listed winner System (Ire) among six stakes performers and 24 winners.

The G2 Queen Mary S. winner Quick Suzy (Ire) was the star of the first crop of Darley's Profitable (Ire), who amassed a decent haul of 28 winners, with two Listed scorers among them.

In sixth in Europe and leading the French contingent was the regally-bred Zarak (Fr), whose 2022 book was full early on the back of his 17 winners, led by the Arqana sales race winner and G1 Criterium International third Purplepay (Fr), who subsequently sold for €2 million in December to race on in America. Zarak was also represented by the German Group 3 winner Lizard (Ger) and G1 Prix Marcel Boussac runner-up Times Square (Fr).

A trio of Listed winners and the Group 2-placed Unconquerable (Ire) and The Acropolis (Ire) led a bunch of 25 winners for Coolmore's Churchill (Ire), while Yeomanstown Stud's El Kabeir has the champion juvenile in Italy in Group 2 winner Don Chicco (GB), as well as Listed winners Sa Filonzana (Ire) and Masekela (Ire), the latter having also been runner-up in the G2 Superlative S.

Behind him in ninth was the National Stud's Aclaim (Ire), who steadily compiled a list of 26 winners, the leading light of which was Cachet (Ire), with four stakes places including third in the G1 Fillies' Mile.

Completing the top ten on prize-money was the Queen's son of Galileo (Ire), Recorder (GB), who stands in France under the Sumbe banner and had Listed victrix Hot Queen among his eight winners.

Just outside the European top ten, Time Test (GB), like Zarak a son of Dubawi,  caught plenty of people's attention with his quartet of stakes winners from 11 winners in total.

Dream Ahead's son Al Wukair (Ire) made a pleasing start in France at Haras de Bouquetot with 15 winners, while similar comments apply to his stud-mate Zelzal (Ire), by Sea The Stars (Ire), who notched 11 winners.

Towards the end of the season there were some decent maiden winners being posted by two sons of Galileo (Ire) whose stock can be expected to progress: Ulysses (Ire) and Highland Reel (Ire), who ended the year with 16 and 12 winners respectively.

The Irish National Stud's National Defense (GB) was represented by only 14 runners, but they included five winners, with the standout being the French Listed winner and G2 Queen Mary S. runner-up Twilight Gleaming (Ire), who went on the win the GII Breeders' Cup Juvenile Turf Sprint for Wesley Ward and Stonestreet Stables.

The aforementioned Zarak headed the first-season sire lists in his native France and also in Germany, where he has one of the best juveniles in the country in Lizaid, while El Kabeir's Don Chicco ensured that he topped the list in Italy.