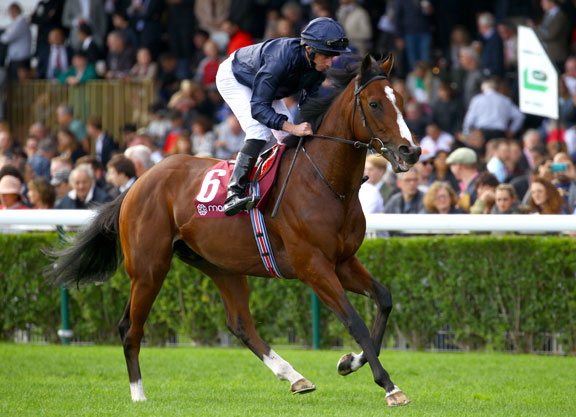 Chester hosts just the one black-type event on Friday, with the G2 Melodi Media Huxley S. over an extended 10 furlongs acting as the first port of call in 2021 for Ballydoyle's Armory (Ire) (Galileo {Ire}). Surprising a few judges when third at 66-1 and in front of Sottsass (Fr) (Siyouni {Fr}) and Japan (GB) (Galileo {Ire}) in the G1 Irish Champion S. in September, the bay went on to show that was no fluke when runner-up to Sir Dragonet (Ire) (Camelot {GB}) in Moonee Valley's G1 Cox Plate on soft ground in October. “He is a very classy horse and the one to beat on form, though no more rain would help,” Ryan Moore commented.

Armory's chief threat looks to be Juddmonte's 'TDN Rising Star' Sangarius (GB) (Kingman {GB}), who has undergone a wind operation since beating Bangkok (Ire) (Australia {GB}) in the Listed Quebec S. at Lingfield in December. That was only the second outing for the Sir Michael Stoute-trained homebred since his success in the G3 Hampton Court S. at Royal Ascot in June 2019 and he has all the potential to become another of his trainer's specials in the older horse department. “Sangarius had a bit of a disjointed season last year, but he actually came back and produced a pretty smart performance when he won at Lingfield,” Teddy Grimthorpe said. “We need to get him rolling and get a clean run with him this year, if we can. He certainly has talent, so let's hope things go well for him this season.”