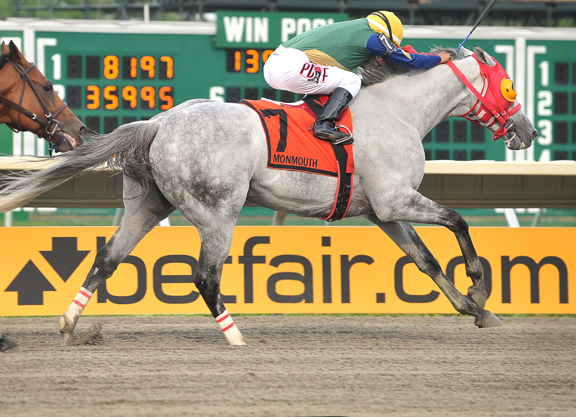 In the wake of last week's news that Betfair intends to pull the plug on its exchange wagering platform in New Jersey on Oct. 1, Dennis Drazin, the chairman and chief executive of Darby Development LLC, which operates Monmouth Park, told the New Jersey Racing Commission Sept. 16 that his track is actively seeking another partner to continue the bettor-versus-bettor style of wager-matching that is popular in other parts of the world but hasn't quite caught on in America.

“Although they want out of business, we do not,” Drazin said. “They are winding down their operation, but we intend to look for a new service provider to continue, at some point, the exchange wagering in New Jersey. We do understand that if we're going to apply for a license, we'd have to do so by Oct. 15.

Drazin continued: “They also told us…at the current time that there were only 136 active users on the exchange, and they felt that their revenues could be better dedicated to improving 4NJBets [account wagering]. This kind of caught me by surprise in terms of timing when they said they wanted to wind down.

“I've had some preliminary conversations with others that have expressed interest. It's very popular in Europe. It's popular in Australia. I think that there is a [situation] that a lot of people would like to bet on the major tracks. And perhaps, if we get to a point where TVG–and I know they're working on it–talks about fixed-odds wagering, there is an avenue to have fixed-odds wagering and exchange wagering that gets more widely adopted throughout the country.

“So I think that the commission did a great job in approving exchange wagering and is willing to be a leader in making us the first in this country,” Drazin summed up. “And I think that we shouldn't give up on it. If we can find another partner that's willing to invest the time, energy and money to continue this, we will do so.”