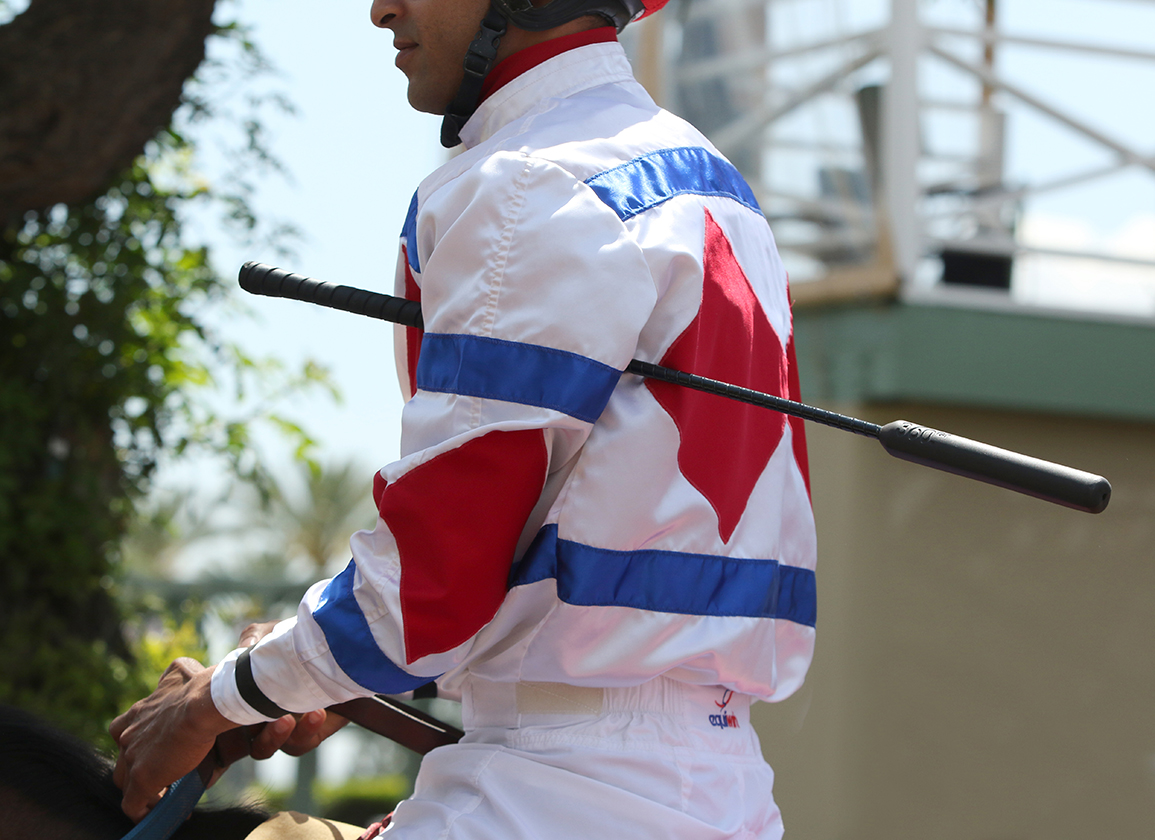 With new regulations regarding whipping set to go into effect throughout the country on July 1 when the Horse Racing Integrity and Safety Act (HISA) takes effect, management at Monmouth Park has asked the New Jersey Racing Commission to adopt the more lenient HISA rules when the meet opens May 7.

The story was first reported by the Asbury Park Press.

On July 1, that is set to change when HISA rules will supercede regulations put in place by state racing commissions. The HISA rules allow a jockey to strike a horse six times a race but no more than twice in succession. With the rules set to change some seven weeks into the meet, Monmouth is asking the racing commission to put the HISA rules in place at the start of the meet. Track management has requested that the commission hold a special meeting to discuss the matter.

“I think we have a very good chance of getting this done,” Dennis Drazin, the chairman and CEO of the management company that operates Monmouth, told the Press. “It doesn't make sense to have different rules to start the meet and switch midstream.”

Several jockeys raised objections to the rule last year, arguing that the whip was needed for safety purposes. While most decided to ride at the meet, 13-time Monmouth champion Joe Bravo refused to ride and relocated to California. Antonio Gallardo also cited the rule when announcing he was leaving Monmouth to ride at Woodbine.

From a pari-mutuel wagering standpoint, Monmouth did not have a particularly strong 2021 meet, which raised the possibility that some bettors shied away from the Monmouth product because of the whipping ban.