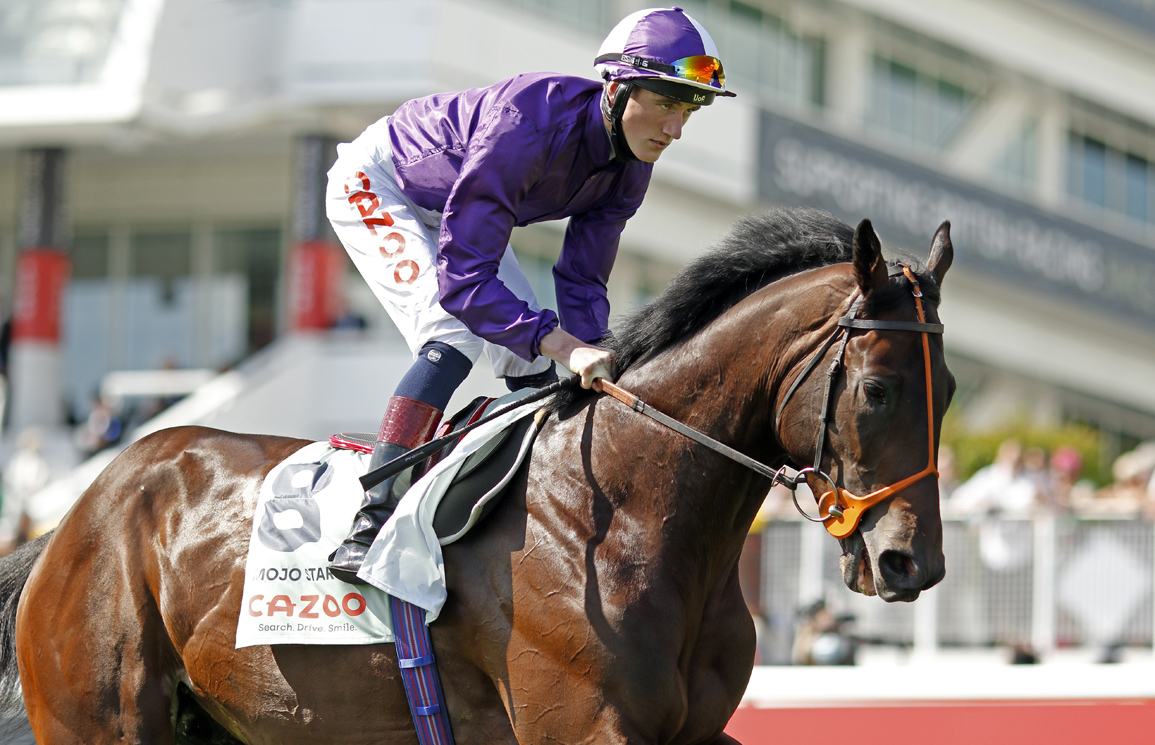 Europe's most famous maiden Mojo Star (Ire) (Sea the Stars {Ire}) will face 10 rivals in Saturday's G1 Dubai Duty Free Irish Derby at The Curragh after Thursday's confirmation stage. Amo Racing's G1 Epsom Derby runner-up was supplemented at a cost of €75,000 by Richard Hannon this week and is the foremost representative of the June 5 blue riband, with the third Hurricane Lane (Ire) (Frankel {GB}) and fourth Mac Swiney (Ire) (New Approach {Ire}) set to re-oppose for Charlie Appleby and Jim Bolger, respectively. Hurricane Lane is in three, while the May 22 G1 Irish 2000 Guineas hero Mac Swiney has stall seven. There will be no issues with the draw in four for Mojo Star, who is due to be ridden by the owners' retained jockey Rossa Ryan after he completed his recovery from injury. Aidan O'Brien is responsible for a quartet headed by 'TDN Rising Star' High Definition (Ire) (Galileo {Ire}) who is drawn in 10, while Seamie Heffernan is on Wednesday's G2 Queen's Vase runner-up Wordsworth (Ire) (Galileo {Ire}) drawn widest of all and Colin Keane comes in for the ride on Van Gogh (American Pharoah) who starts from stall six.

Hannon said he is confident that Mojo Star will prove his Derby run to be no fluke and said, “He was always a very laid-back horse. I thought he was a nice horse, but didn't know he was a very good horse. You could have knocked me over with a feather when he was beaten at Newbury earlier this season. I managed to get both him and Snow Lantern beaten on the same day and I thought 'this is going to be a long year'. In hindsight, he's a very big horse and he's grown. It was a bit of a leap of faith putting him in the Derby, but as soon as he pulled up at Newbury I thought he was a Derby horse if I'd ever seen one.”

“We got a bit held up on Tattenham Corner–we were travelling very well and the ground he was making at the line was very pleasing,” Hannon added. “I think this track will suit him a lot more. I was delighted with second and he was a running-on second. We're hardly synonymous with Derby horses. I remember one year at school my dad had the favourite and second-favourite and they were last and second-last. I used to go to the Irish Derby with a few mates from Ireland as a kid. We took Alriffa one year and he wasn't good enough, but to have one with a chance is great.”