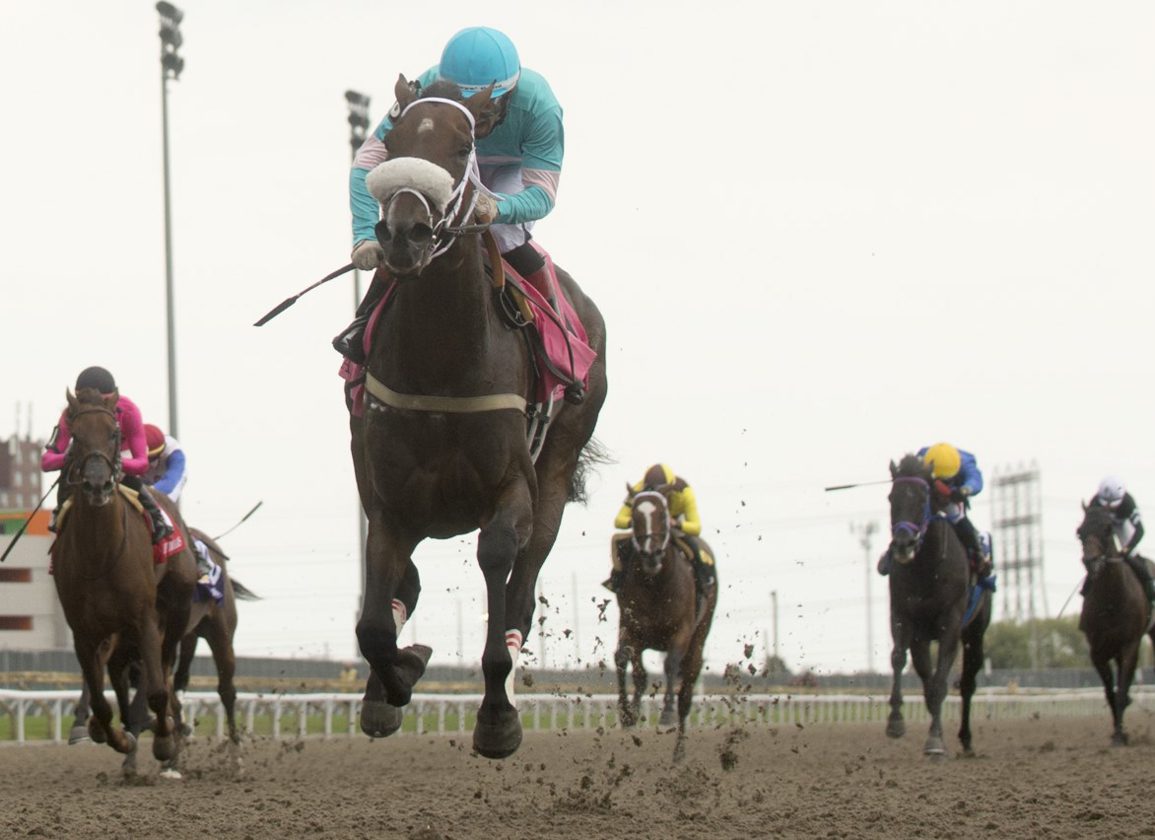 Moira (Ghostzapper), the dominant winner of this year's Queen's Plate over males, will start Saturday at Woodbine in the GI E.P. Taylor S. It will be her first try against older horses and her first on the turf. Trainer Kevin Attard had also been considering the GI Queen Elizabeth II Challenge Cup S., a turf race at Keeneland restricted to 3-year-old fillies.

“The race is at home and at a distance of a mile and a quarter,” Attard said. “She had a work over the turf course [five furlongs in 1:01.20] on Saturday and seemed to get over it very well and looked comfortable doing it. Those were the factors that played into it. The Keeneland race was very appealing, but we would have had to ship and put her on a van. She does have some quirks, so we weren't too sure about that because no one knows how she would handle shipping or if there would be any negative impact from that. We thought it be a safer bet to stay at home.”

Moira, who is 4-for-5 lifetime, was an easy winner of the Queen's Plate, the first leg of the Canadian Triple Crown, beating her fellow Ontario-breds by seven lengths. Attard and the owners, X-Men Racing, Madaket Stablkes LLC and SF Racing LLC, decided afterward to pass on the remaining two legs of the series in order to give their filly a chance of winning a Grade I race. In her lone try in graded company, Moira was second in last year's GIII Mazarine S.

Attard acknowledged that the E.P. Taylor will be a tough spot for his filly.

“She's obviously taking a big step up in class and is facing older horses for the first time,” he said. “There is a bit of a weight advantage.

Being a 3-year-old facing older fillies she will get four pounds. But it's always nice to stick to your own age group if you can. At the end of the day there is no such thing as an easy Grade I.”

All five of the filly's starts have come on the synthetic Tapeta surface at Woodbine. Attard is confident the switch to the grass will not be a problem.

“I think she will handle it,” he said. “Her dam is Devine Aida (Unbridled's Song) and she was a stakes winner on the turf. She has a sibling that was a minor stakes winner on the turf. She's bred to handle the turf and she looked good working over it. The forecast looks good for this week, so it looks like we will get a firm turf course. That's something else we factored into it.”

Depending on how she fares Saturday, Moira could return in the GI Breeders' Cup Filly & Mare Turf.

“That is a possibility,” Attard said. “With the E.P. Taylor being four weeks from the Breeders' Cup versus three weeks for the Queen Elizabeth, that played into our decision as well.”