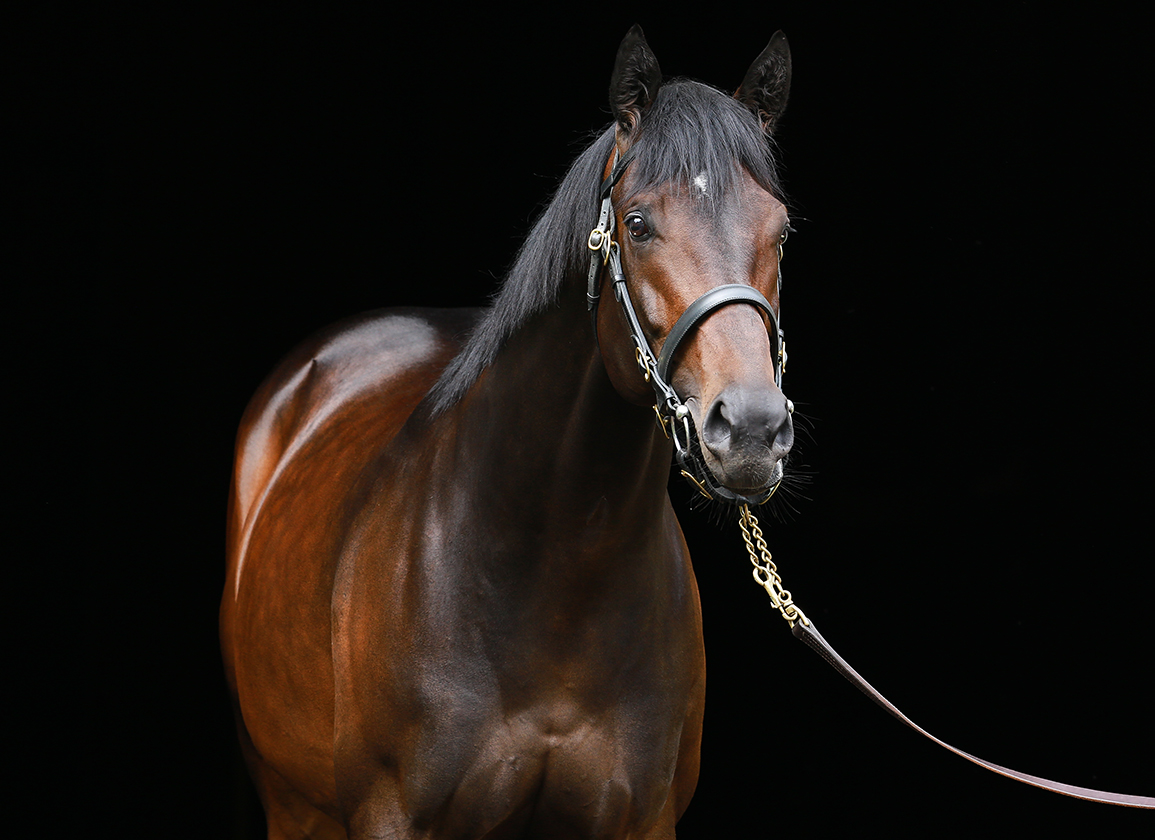 Read on for our visit with Adrian Wallace on first-crop yearling sire Mo Town. | Coolmore

When 2020 came to a close, Ashford Stud's GISW Mo Town (Uncle Mo – Grazie Mille, by Bernardini) sat in prime position to see his best book yet as his first crop became yearlings and he began his third year at stud. Sons of Uncle Mo were at the forefront of breeders' minds as esteemed young stallions Nyquist and Laoban finished one-two in the freshman sire standings and were both represented by Grade I winners, while another Uncle Mo prodigy in Outwork ended up a close fourth on the same list.

“Obviously what Uncle Mo has done not only as a sire, but now as a sire of sire, has certainly helped the momentum behind a horse like Mo Town,” said Coolmore's Adrian Wallace. “Certainly with what Laoban, Nyquist and Outwork have done, we're starting to realize now that Uncle Mo is very much on the way to creating a sire line all of his own.”

While all three of the aforementioned young sires saw either an increase in stud fee or held the same fee in 2021, Mo Town's stud fee decreased from $10,000 to $7,500 and breeders jumped at the chance to get in on the easily-accessible value into the Uncle Mo sire line.

“Certainly we're seeing the benefit of that in his third year as he covered more mares this year than he ever covered before,” Wallace said of Mo Town, who saw 144 and 108 mares in his first two books. “This year, he got over 200 mares. I think that shows you how well his foals have been received and how good his yearlings look, but also how well Uncle Mo is doing himself as a sire of sires.”

A $200,000 Keeneland September purchase, Mo Town broke his maiden at second asking by seven lengths at Belmont before taking the 2016 GII Remsen S. He returned to the winner's circle at three in an allowance on the turf at Belmont and then again tried the grass to claim the GI Hollywood Derby over eventual Eclipse Champion Channel Maker (English Channel).

“Mo Town was a very good racehorse on both surfaces and he was precocious,” Wallace noted. “He managed to do what we all want them to do in being successful on dirt at two and then to go on and win a Grade I at three is very important as well.”

The dual graded stakes winner is out of the winning Bernardini mare Grazie Mille, who herself is a daughter of GIIISW and GISP Molto Vita (Carson City) and is a half-sister to two stakes winners. Wallace said that physically, Mo Town is an equal representation of both sides of his pedigree.

“While Mo Town does look quite like Uncle Mo in some respects, I think there's a lot of Bernardini in him,” Wallace explained. “He's got much more of a short back and he has a great hip and shoulder. He has all the qualities you would want in Bernardini, who obviously was a great sire in his own right but a great broodmare sire as well, and then he has the strength and scope of Uncle Mo.”

Wallace said that Mo Town's first few crops have trended strongly towards the look of their sire.

“We're seeing a lot of him in them,” he said. “Uncle Mo certainly stamps his stock and Mo Town does as well. They're very balanced, scopey-looking horses. They've got a lot of quality. He's getting the good hip and shoulder and the lovely top line. His action is another thing that's going to sell them.” 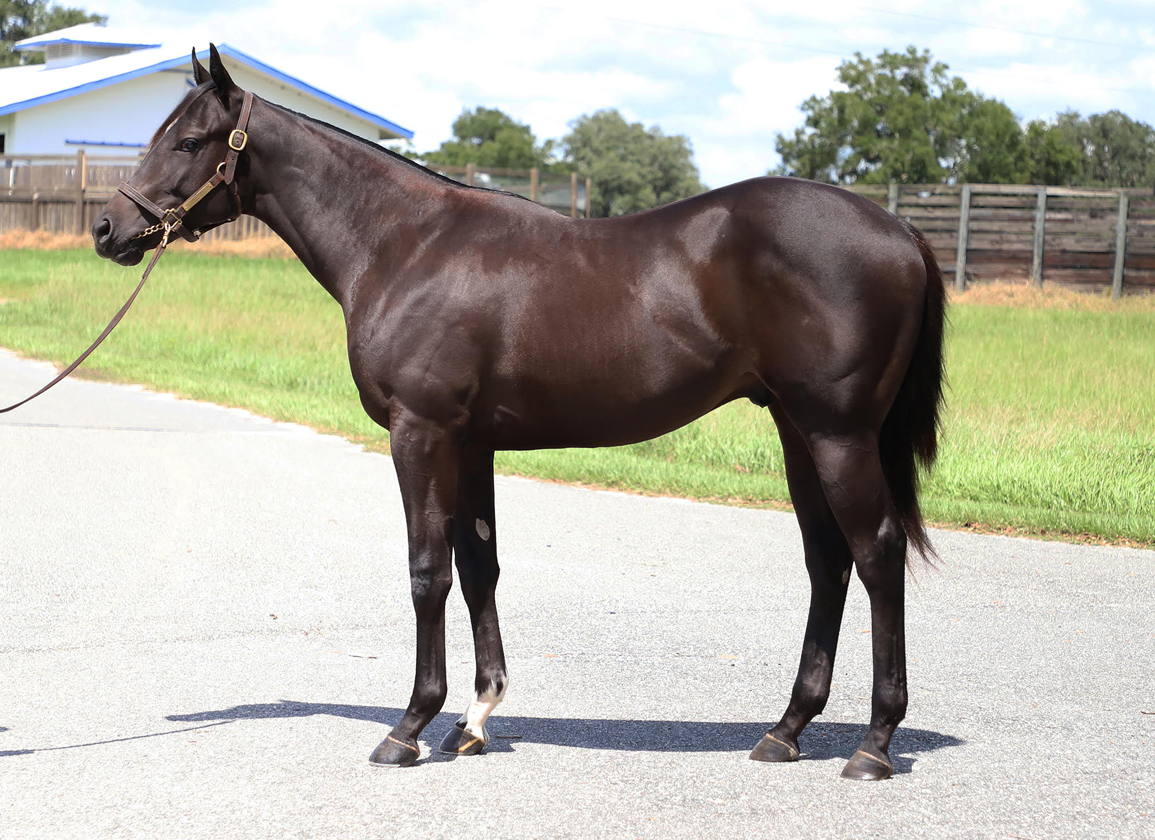 Hip 2242, a colt out of Closing Move, sells with Gainesway. | Ray Gladwell

Last year, 22 of 31 Mo Town weanlings sold to average $41,318. His top weanling, a son of the winning Broken Vow mare Mybrokenhome, went to Davant Latham for $185,000 at the Keeneland November Sale. That colt returned to the auction ring a few weeks ago at the Fasig-Tipton Saratoga Sale and brought $300,000.

Earlier this summer at the Fasig-Tipton July Sale, another son of Mo Town sold for $100,000 off the stallion's $12,500 initial stud fee. The colt out of All Day Donna (Value Plus) went to Brick City Thoroughbreds.

Mo Town will be well-represented at the Keeneland September Sale, which begins Monday, Sept. 13, with over 40 yearlings cataloged.

Wallace said that one Keeneland-bound yearling that he has heard high praise for already is Hip 2242. The March-foaled colt is out of Closing Move (Bernardini), who hails from the family of GIISW Stanford (Malibu Moon) and successful Coolmore sires Tale of the Cat and Johannesburg. The youngster was purchased as a weanling for $75,000 by Stella Stables at the Keeneland November Sale and is slated to return to the same ring with the Gainesway consignment.

“[Gainesway's] Brian Graves told me that he is one to keep an eye on,” Wallace said. “He said the colt has progressed very, very well.”

Wallace explained that he believes Mo Town's progeny will appeal to a wide array of buyers on the Keeneland grounds due in large part to Uncle Mo's recent insurgence of talented performers on turf with the likes of this summer's GII Del Mar Mile S. winner Mo Forza, another son of Uncle Mo to have captured the GI Hollywood Derby at three, as well as last year's GII Breeders' Cup Juvenile Turf Sprint champion Golden Pal.

“The great thing about Uncle Mo is that he was perceived very much as a dirt horse himself, but I think we're now starting to see the versatility of the Uncle Mo line,” Wallace said. “It should come as no surprise because if you go further back in the sire line he has two French Classic winners in Siberian Express and Caro (Ire). It's something that is very important because it opens you up to so many more buyers at a yearling sale.”

“Mo Town yearlings will appeal to buyers in that we know Uncle Mo is becoming, in a very short period of time, a sought-after sire of sires,” Wallace said. “Uncle Mo's first three proper stallions have done very, very well. They've got the precocity and they've shown that they can get it done, so now it's up to Mo Town.”