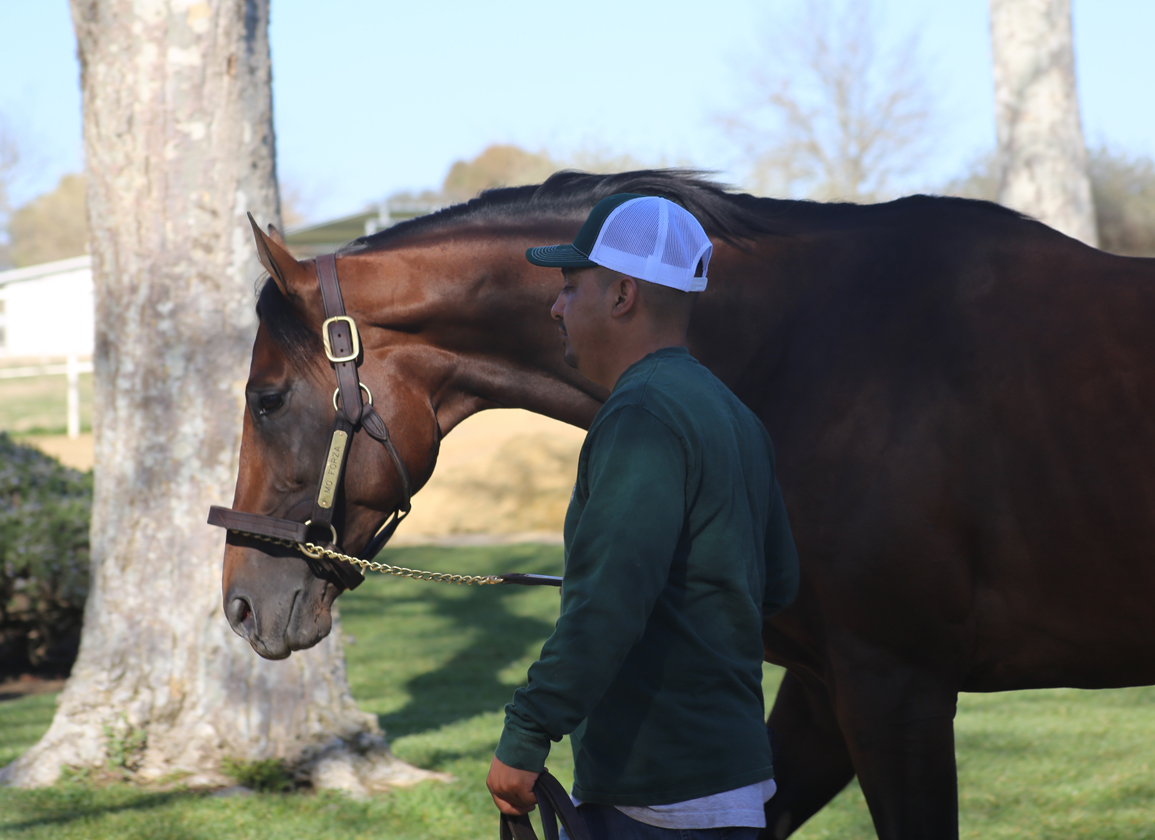 Taylor Made has occasionally partnered with other farms in stallion ventures, most notably with WinStar on Speightstown and Tiznow. However, they are dipping their toes into the California stallion market for the first time with Grade I winner Mo Forza (Uncle Mo–Inflamed, by Unusual Heat) in partnership with Tom and Nancy Clark's Rancho San Miguel. The millionaire turf star–whose name roughly means “strength” in Italian–was retired for 2022 to the 210-acre farm in San Miguel, a sleepy and small Spanish mission town in the famed Paso Robles wine region of Central California.

“We're really trying to focus on quality over quantity,” said Tom Clark, “and that's really been our strategy from day one. Just to try to have the best stallions we can afford and buy specifically for this market and hope and pray that other people who have mares will bring better and better mares to the state of California to breed to us. And we really learned from a very early stage that you want to try to achieve the highest quality possible.”

With a grandfather who was a trainer and a father who owned racehorses, Clark is the third generation of his family in the racing business. Growing up on a dairy farm in Pennsylvania, he got his own start as a hotwalker at Timonium while in high school. His love of and involvement in racing was wrapped around a finance career for many years until he bought the property that would become Rancho San Miguel just over two decades ago.

“I've really been involved in the game for a long, long time, but I did go off to school and got involved in finance,” said Clark. “I always said the reason I did that was so I could buy a good horse some day. I was fortunate enough to do well in the investment business and was able to transfer that to Rancho San Miguel and into being involved in the racing game in a big way.”

Clark has owned a number of racehorses, including 2007 GI Humana Distaff winner and GI Breeders' Cup Distaff runner-up by a neck Hystericalady (Distorted Humor) in partnership, has had a number of big sales scores, and has bred a number of horses in the commonwealth of Kentucky. The purchase and growth of Rancho San Miguel has reshaped his concentration.

“I've really focused my resources here on the on the farm over the last few years,” said Clark. “I'm so immersed in what we're trying to do here that it's this is just as rewarding–and sometimes even more rewarding– than ever being involved in a racehorse. The breeding business brings a whole different level of reward to it as a sport.”

Clark has been associated with the Taylor family of Taylor Made for “25-30 years,” so it was an easy transition to partner on the stallion career of Mo Forza, who was foaled and raised at Taylor Made.

“We've done a lot of deals together over the years and they've always represented me in selling my horses at the September or the November sales, so I have a great affinity for the entire organization. Great respect. I called Ben Taylor and said, 'What do you think of [Mo Forza]? Do you think this is the kind of horse that could stay in California?'”

Taylor Made has two new young stallions in their own stallion barn this year–Horse of the Year Knicks Go (Paynter) and MGSW & MGISP Tacitus (Tapit)–and Clark thought perhaps Mo Forza, in spite of his wins in the 2019 GI Hollywood Derby and six Grade II stakes, might get overshadowed.

“And, you know, we just don't have enough commercial horses here in California,” said Clark. “So there's a lot of things that we talked about and we still think that down the road, this is a horse that could end up in Kentucky.

“It was really great [for us] that he broke poorly in the [2021 GI] Breeders' Cup [Mile] and got beat five or so lengths for first. That allowed him to be here. Otherwise, had he won the Breeders' Cup, I know he'd be in Kentucky. I think this is a big coup for the state of California, having one of the leading stallion farms and breeders of the state of Kentucky putting their name on a horse here. They've never had a venture in California before. They are tremendous, great partners and incredibly knowledgeable and very, very easy to work with. They're supporting the stallion in an important way. And I'm going to give him every chance to succeed here in California.”

Mo Forza stands for $9,000, an unusual amount for a stud fee. Clark had a reason behind the unique number.

“Californians are always looking for a bargain,” he said with a laugh. “And at $10,000, we thought it was just mentally hard for people to pay for, but $9,000 shows that we were very serious about delivering high value for a horse like this. We're offering a Grade I winner by Uncle Mo for just $9,000 here in California. And I just think that's just outstanding value. We also really wanted to try to attract the best mares we could in the state of California, and this was one way to do that.” 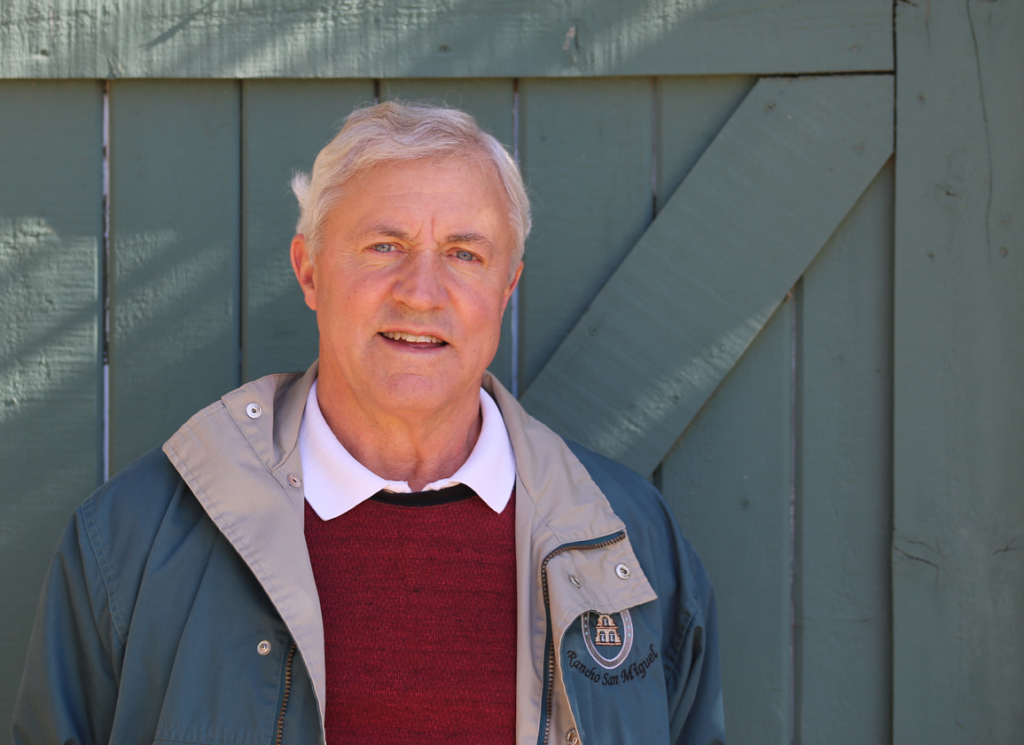 Clark also said there have been more than a dozen mares shipped from Kentucky to breed to Mo Forza, who has proved to have great libido. Earlier this week, at least 15 mares had already been pronounced in foal to the bay, who checks all the boxes Clark looks for in a sire.

“I think you really have to look at all aspects when you think about a good stallion,” said Clark. “He has to have a great race record. He has to have great conformation and he has to have a good pedigree. And in California, historically, we have had to give up on at least one of those. So you'd have a great pedigree and good looks, but a horse who didn't race very well. What's unique about Mo Forza is he's got all three [attributes]. He really has the entire package. And I think that's what people need to understand and realize that we don't only have a Grade I winner, but a horse that really is good looking and he's by Uncle Mo. What else can you ask for?”

Six of Mo Forza's eight career wins came at a mile and Clark was quick to point out the adage that milers often make the best sires. The 6-year-old was a fierce competitor, with two four-race win streaks interrupted only by an off-the-board stint in the GI Pegasus World Cup Turf that sent him to the bench for seven months. He raced exclusively on the turf.

“It wasn't because they thought he was necessarily a grass horse,” commented Clark. “But once you have something going for you, why change it? The reality is that he was doing so well on the grass, so they really didn't want to risk or change up what was working. Don't fix something that's not broke, as they say. He worked great on the dirt. There was no reason why he couldn't run on the dirt. We think this is a horse that can throw both a dirt horse as well as a grass horse here in California.”

As seen in the entire North American breeding industry, the number of mares bred have contracted over the last few years in California. Clark is an optimist.

“I think this is a challenging time for everybody, and this is the most challenging time I've ever seen in the industry here in California. But, you know, we're always hoping. We always think about the glass half full. We think that the only way to approach that is to try to bring quality horses, quality stallions, and quality measures to this marketplace and look to try to attract people from outside the state and bring new, fresh blood into the state and do what we can to support the industry. So that's our approach. And we may be crazy, but we are going to stick to it.”