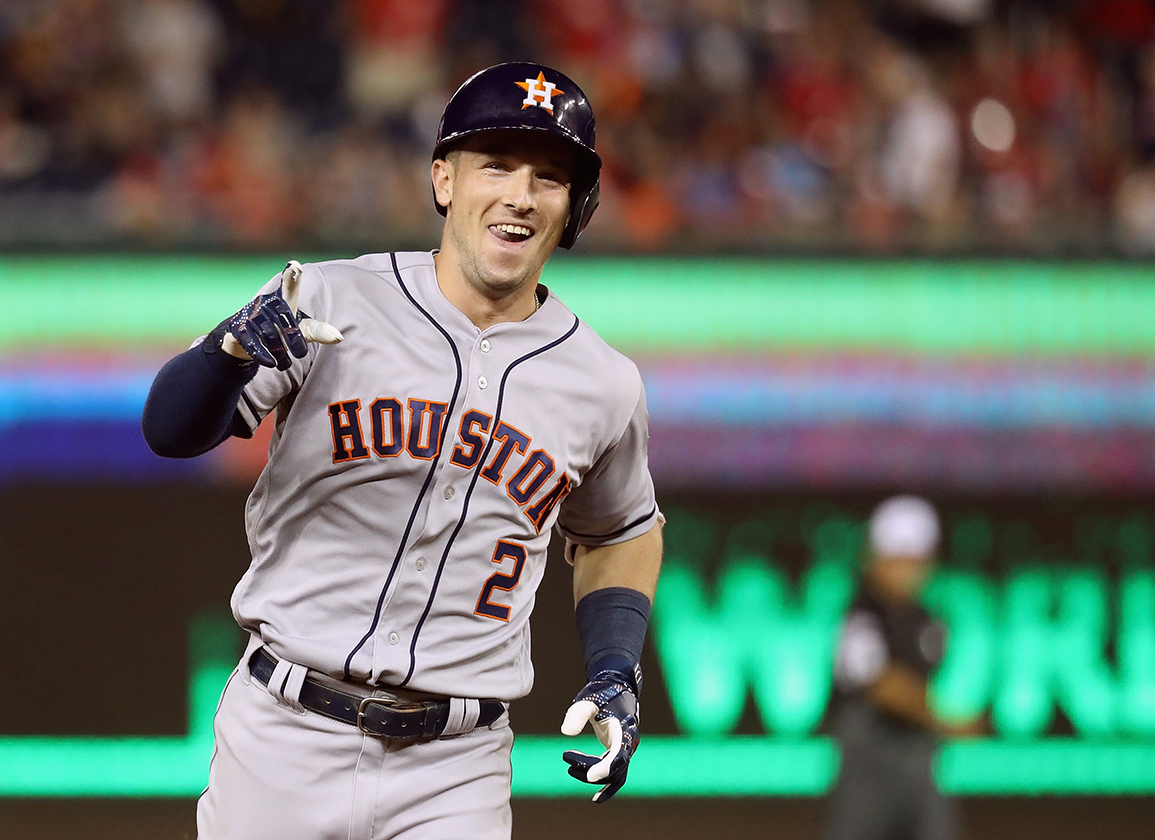 Alex Bregman was 0-for-4 last Thursday night as the Houston Astros fell, 5-1, to the Texas Rangers, but the two-time All-Star will remember the day as one of the best he's ever enjoyed in sports. A few hours before the Astros took the field at Minute Maid Park, Bregman won his first-ever race as an owner with the first horse he had ever run. The feat was accomplished by Cadillac Candy (Twirling Candy) in the first race at Churchill Downs, a five-furlong turf maiden for two-year-olds.

“It felt like hitting my first home run in the Major Leagues,” Bregman said.

The enthusiasm is for real. Bregman has been active at the sales the last two years, has compiled a stable of eight horses and said his goal is to develop Grade I-caliber horses.

“It felt amazing,” he said of the victory, which came in the colt's second lifetime start. “The whole team was watching the race with me. We knew it was going to be tough for him to win because he was turning back in distance from 5 ½ to five furlongs and he is a closer. Ideally, he wants a little bit longer. He came flying and I don't remember much after that, other than yelling and going crazy.”

That Bregman has gravitated to Thoroughbred racing is hardly a surprise. His father, Sam Bregman, is the chairman of the New Mexico Racing Commission. His grandfather, the late Stan Bregman, was a prominent Washington D.C. lawyer and a frequent visitor to Pimlico and Laurel. Alex Bregman was born and raised in Albuquerque, New Mexico and his grandfather started taking him to Albuquerque Downs when he was just five years old. His wife, Reagan, is a lifelong equestrian.

His horses run under the name of Bregman Family Racing LLC, which consists of Bregman, his wife, his father and his mother, Jackie.

Once he decided to start buying horses, he put together a team that included bloodstock agent Mike Akers. He has also leaned on Jim (Mattress Mack) McIngvale for advice. Bregman owns some of his horses in partnership with the Houston furniture magnate and rabid Astros fan.

“I own three horses in partnership with Mack,” Bregman said. “I'm really hopeful about those horses. He's been awesome and he has taught me a lot about the Thoroughbred business, what to do, what not to do. He's been an awesome resource.”

While the Astros were gearing up for the 2021 postseason, the Bregman team descended on Keeneland last September, which is where they found Cadillac Candy and two other yearlings. Cadillac Candy, who is also partially owned by Pittsburgh Pirates outfielder Jake Marisnick, sold for just $15,000.

“It's a little bit of beginner's luck,” Bregman said. “I liked how he looked. Most importantly, my wife liked him and she is the one who picked him out. We all thought that buying him would be a good way to start.”

The Bregman babies were sent to Ciaran Dunne's Wavertree Stable in Ocala, where they were prepared for the races.

“Ciaran Dunne did an unbelievable job getting this horse ready to run,” Bregman said. “I asked him, `do we have anything here with this horse?' and he said, 'yes, actually, I think you have something.'” 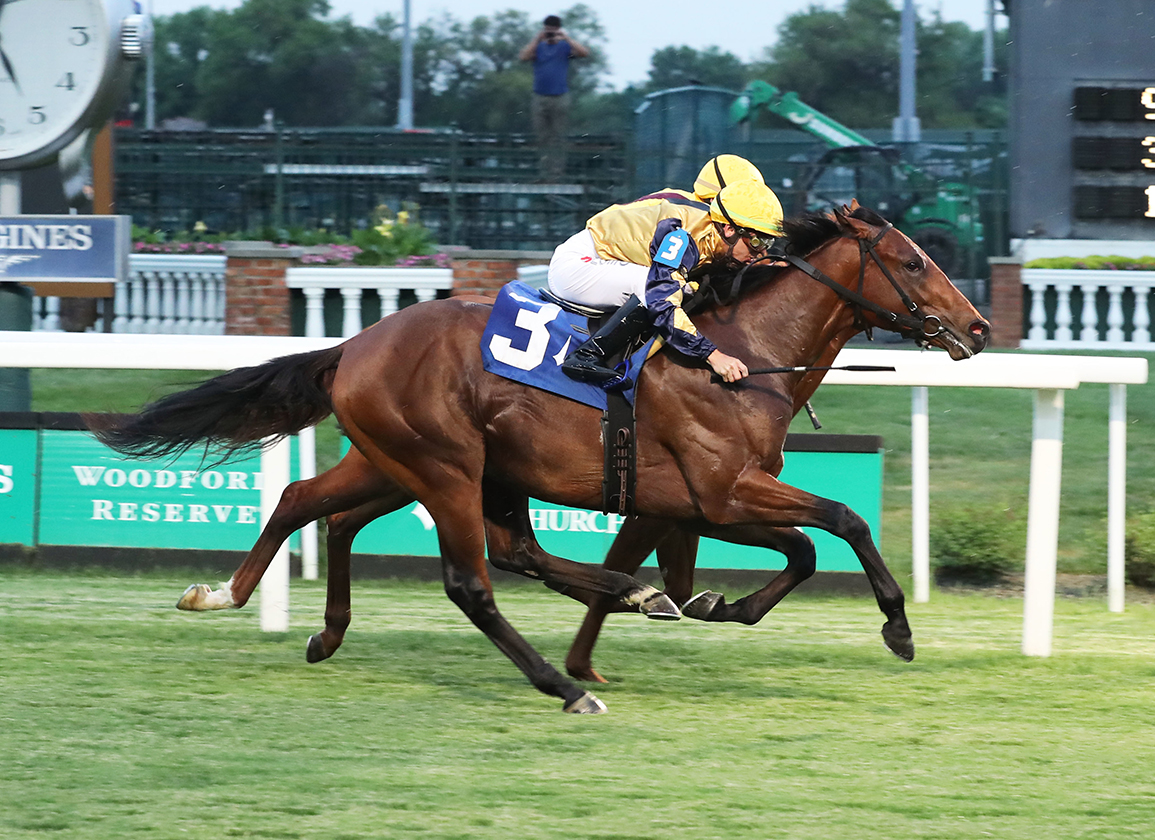 While Cadillac Candy was bought for what now looks like quite the bargain, Bregman hasn't been afraid to go after pricier horses. In partnership with Trevor Smith, he bought a Medaglia d'Oro colt named Golden Sombrero (a baseball term that means someone struck out four times in a game) at Keeneland September for $150,000. At this year's OBS March sale, he and partner Ivan Cabrera bought a two-year-old by Ransom The Moon for $200,000. The colt has been named Raji.

“Our game plan right now is to find the best athletes possible,” Bregman said. “We want give ourselves a chance to win graded stakes races. We are in it to win and we are in it for the long run.”

“Alex does not do anything half-assed,” Sam Bregman said. “He is going to put all his effort into this, just like he does with everything else. It's a wonderful thing for the whole family. He felt the desire to get involved as more than just a fan. He loves the adrenaline, he loves the competition. He loves the idea that you go out and get results or you don't get results. I don't think it's going to take 10 years for Alex to be competing at the highest level in horse racing. If I know anything about my son and his drive, I can assure you that he is a sponge and he has educated himself 100 percent when it comes to racing. He's going to know the game as well as anyone. It also takes a little luck and so far he's had that going for him, too.”

Bregman says he will be back at Keeneland for the sale this September and expects that future partners will include Astros teammates.

Obviously, Bregman's first priority is baseball. The third baseman is considered one of the elite players in the game, but he finds the time to follow racing and attended last year's Breeders' Cup at Del Mar. Give him a chance and he'll tell anyone who will listen that there is something special about horse racing and that's the reason why he has become so involved with the sport.

“These animals are amazing and the people in the business are amazing,” he said. “It's an amazing competition, the best two minutes in the sport. It's just amazing to get a horse at one of these sales, watch it grow, watch it learn. They learn what their job is and then they go out there and do it. You get to watch a horse do what it most loves doing. And as you saw with Rich Strike in the Derby, anything can happen, anybody can win. This sport allows you to have that dream.”