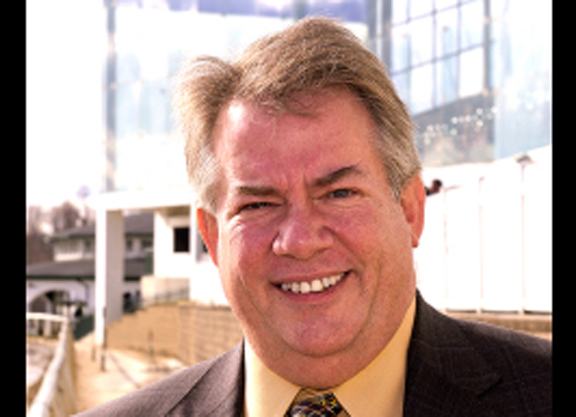 In a sport crying out for more strict, no-nonsense regulators and administrators, Maryland Jockey Club president Sal Sinatra fits the bill. Just in the past week and a half, Sinatra has made major waves in the industry, first by calling for the eventual end to claiming races at The Jockey Club Round Table and then by busting Wayne Potts for “paper training” for a banned trainer in Maryland. Wednesday, Sinatra joined the TDN Writers' Room presented by Keeneland as the Green Group Guest of the Week to discuss an array of issues plaguing racing and the steps, big and small, that can be taken to clean up the game for good.

“When I see forged health certificates, when I have repeated claims for not paying bills, when there's theft, when I'm watching horses race and return and run under others' names, [situations] that everybody's aware of, action should've been before it gets to my desk,” Sinatra said of the challenges he faces as a head regulator. “Unfortunately, since I've been in Maryland, [Potts] is the sixth person I've actually tossed. And I don't know why I seem to be the only one doing it.”

Sinatra went on to say that one of the reasons cheating trainers aren't more severely punished is that they fill races, a byproduct of there being too much racing on the whole in America and specifically too much cheap claiming races.

“Coming from the racing secretary side, we've got too many races,” he said. “Most of these [cheating] guys run their horses a lot. They help you when you call them. So they're kind of racing office favorites, and the gray area becomes not so gray when you need the horse to make six or seven to fill the entries and close.”

Sinatra added that while racing is making strides in certain areas of correcting itself, there remains one more basic long-term problem it hasn't addressed: the morality of its participants.

Sinatra caused a stir when he suggested at the Round Table that America should move toward a future without claiming races. He expounded on how a transition to that future could look.

“For one, we have too many categories for horses to enter into,” he said. “You got non-two, non-three, non-four, one win in six months, two wins in six months. I think a ratings system reduces that, so if you put two horses at a rating of 80, maybe a horse that only has three wins runs against a horse with nine wins. You could hypothetically replace starter allowances with these ratings races. There may be a way of combining claiming and letting people who don't want to lose their horse run their horse against like horses.”

Sinatra further lamented the lack of growth in the worth of claimers over the years, despite inflation and higher purses, leading inevitably to animal welfare issues.

“We've created this arena, and especially with the [revenue from] slots, we never valued the horse part of it. When I worked at Monmouth in the mid-80s, the last race was always a Jersey-bred nickel [claimer]. And today the bottom is a Jersey-bred nickel. We're talking 35 years later. That horse has to be worth a little more than that. But we keep it low so people can get in the game, and then the poor horse gets chewed up. We have to fix it.”

Sinatra said that a lot of racing's ills come back to the core issue that has been discussed at length on the Writers' Room in the past: an oversupply of races that exists despite the realities of declining foal crops and horses who run less frequently overall.

“A lot of things got broken down over time because we have too much racing, there's too many opportunities and we're trying to fill all this stuff with no supply,” he said. “That's really the biggest problem. A horse used to run eight or nine times a year. And you have the same amount of stalls that aren't filled as much. You do the math. Most of the tracks now are propped up by slot machines. Companies can afford to lose $5-10 million on racing when they're printing money across the parking lot. It's not good for our sport. So we need to clean it up. We need to look at the whole model and reboot or it's going to go away.”

Elsewhere on the show, the writers recapped the weekend's Grade I action and, in the West Point Thoroughbreds news segment, applauded Churchill Downs for making the decision to race without spectators for the GI Kentucky Derby and broke down the Karl Broberg situation at Remington. Click here to watch the podcast, click here for the audio-only version.