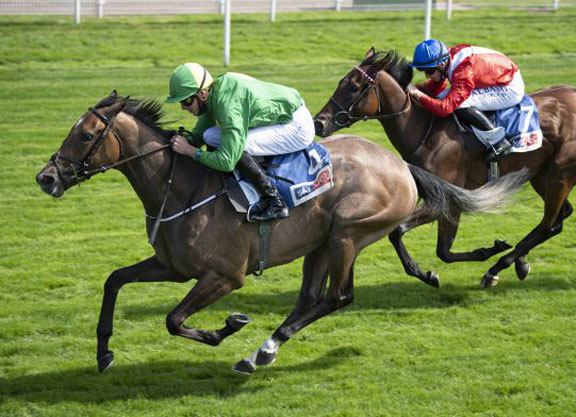 “I can confirm that Miss Amulet has been sold outright to Michael Tabor and partners for an undisclosed figure,” Michael Donohoe of BBA Ireland, told Racing Post. “She remains in training with Ken Condon and the plan is to run her in the G1 Cheveley Park S.”

Added Condon, “She's had a very good season and the plan remains the Cheveley Park, which we're all looking forward to. Hopefully she's as lucky for her new owners as she has been for her previous owner, who I know thought long and hard about selling her. He's had a great journey with her and he wishes the new owners luck.”