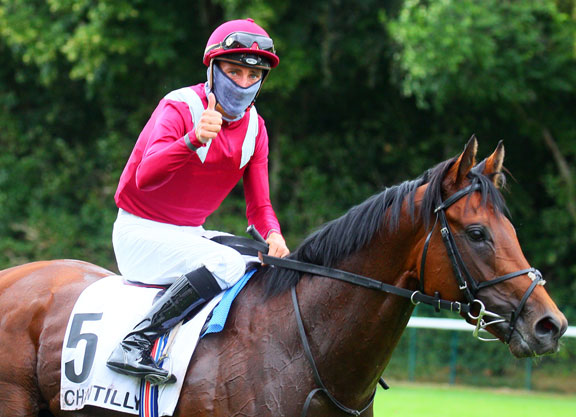 Trained by John Gosden, Mishriff was second in last February's Saudi Derby on the same card before stringing together a hat trick of black-type victories over the summer, beginning with the Listed Newmarket S. prior to the French Derby and culminating in a 4 1/2-length score in the G2 Prix Guillaume d'Ornano. He was last seen beating two home over the soft ground in the G1 Champion S. at Ascot on Oct. 17.

“John's preparing him for the race,” Voute confirmed. “The Prince and him discussed it in late December and the Prince lives in Riyadh. It's on a dirt track which he handled last year when he came second. We're going back a furlong, but we hope it won't inconvenience him.”

“It's something to look forward to,” Voute added. “There's not a lot for him at home until probably June. Last year he went out there and [then] won the French Derby which was the same sort of timing. It gives him a few months off after he comes back.”

Frankie Dettori was in the saddle for Mishriff's last two starts, but David Egan will take the ride in the Saudi Cup.

“He's in Bahrain at the moment so he's nice and close,” Voute said. “We've contacted him already and he says he'll be delighted to ride him. He's retained by us, but for one reason or another he didn't get back on him last year [after Newmarket].”