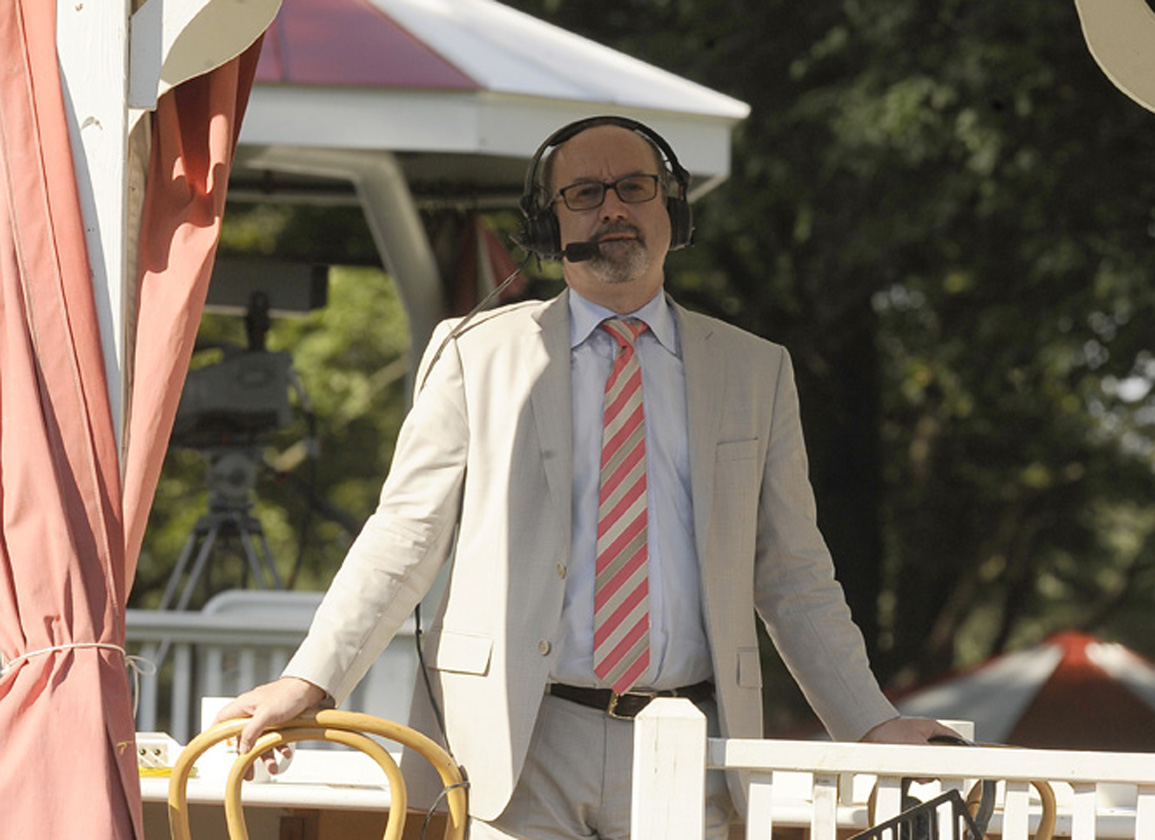 NYRA TV analysts Andy Serling and Anthony Stabile, who kiddingly challenged one another to mini-golf during the July 18 broadcast of Talking Horses, joined forces with Three Diamonds Farm's Kirk Wycoff and Nové Italian Restaurant's Louis Lazzinnaro and by the conclusion of the mini-golf game at the Goony Golf in Lake George, N.Y. Aug. 2, the two-on-two matchup had raised $100,000 for New York-based backstretch organizations. Bolstered by Wycoff's three holes-in-one, the Serling/Wycoff team defeated Stabile and Lazzinnaro, otherwise known as “Team Nové,” by 15 strokes.

“It's a testament to the generosity of people in horse racing,” said Serling. “And it shows what can happen when a lot of people gather and are ready to have some fun, which affords the opportunity to create real benefit. That's one of the beauties of Saratoga, which lends itself very well to that.”

“Kirk Wycoff is one of the greatest mini-golfers I've ever seen,” said Stabile, who serves as a member on the BCCA advisory board. “In this case, it's just fine to be on the short end. There's never a bad time to donate. But given that the BCCA has just opened its Saratoga child care center to go along with the one they operate at Belmont Park, it's great timing.”

Lazzinnaro added, “All are superstar organizations. The people who work there have dedicated their lives to what they do. That's why it's great this worked out.”