Mighty Heart Doubles Up as Canadian Horse of the Year 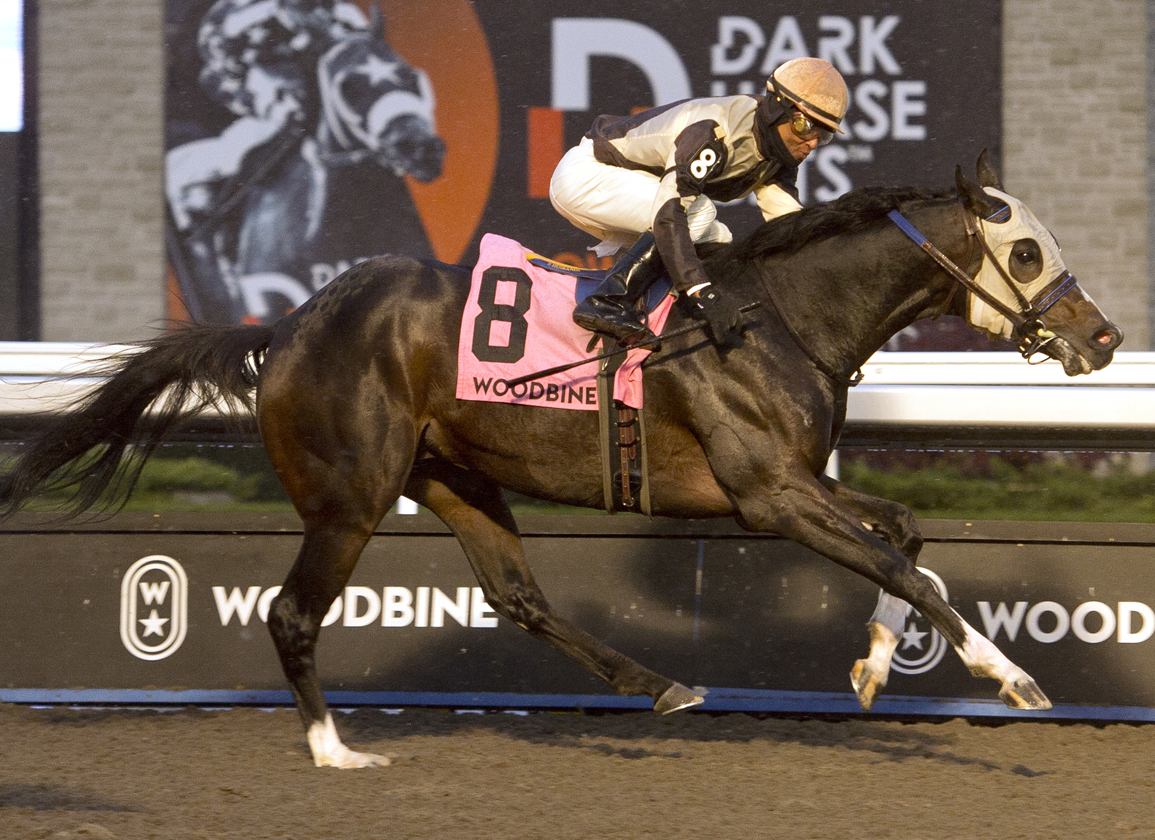 Canada's 2020 Horse of the Year Mighty Heart (Dramedy) took home the same honors for the 2021 season at the 47th Annual Sovereign Awards, hosted by The Jockey Club of Canada Thursday at the Universal Eventspace just outside of Toronto. A homebred for Larry Cordes, Mighty Heart won the GII Autumn S. and GIII Dominion Day S. in Canada, as well as the Blame S. at Churchill Downs. The popular one-eyed 4-year-old had won the same award last year on the strength of his victories in the Queen's Plate and Prince of Wales S. The Josie Carroll-trained Mighty defeated Pink Lloyd (Old Forester) for Horse of the Year honors by a margin of 63 votes to 55 votes. Town Cruise (Town Prize) was third in the voting with 34. Mighty Heart was also named Champion Older Main Track Male.

Robert Tiller's Pink Lloyd, the now-retired Entourage Stables campaigner, added to his long list of accomplishments and was named Champion Male Sprinter for the fifth consecutive year. Pink Lloyd was the Canadian Horse of the Year in 2017 and had also previously been Champion Older Dirt Male and Champion Older Horse.

Charlotte Weber's Live Oak Plantation, who sends a number of horses to Casse, won its second straight Sovereign Award for Outstanding Owner with 19 Canadian wins and more than $1.4 million in earnings. Outstanding Breeder honors went to Sam-Son Farm, which led Canadian breeders in purse earnings with just over $2.6 million. Sam-Son has been a major player in Canadian racing for more than 50 years. It was the iconic farm's ninth outstanding breeder Sovereign Award. The Outstanding Groom award went to Denzil Fonseca, who has been a part of the Woodbine backstretch for 40 years. He has been with trainer Mike Doyle for the last 14 of those years.

The Sovereign Award for Outstanding Jockey went to wunderkind Kazushi Kimura, who was a first-time nominee after only his fourth season riding in Canada. He had already won the Sovereign Award as Outstanding Apprentice twice, as well as an Eclipse Award for the same honor in the U.S. His 19% win rate in 2021 included 140 victories and over $5.1 million in purses. Boxer-turned-jockey Mauricio Malvaez won Outstanding Apprentice for the second consecutive year with a total of 28 victories and over $470,000 in earnings for the season.

Ivan Dalos, proprietor of Tall Oaks Farm, was recipient of the E. P. Taylor Award of Merit. Tall Oaks won its first Sovereign for Outstanding Breeder in 2018 and repeated the honor in 2020. It was his mare, Avie's Empire, who took home the aforementioned Outstanding Broodmare award. His broodmare band numbers more than three dozen with many a part of several generations of breeding by Dalos.

The final Sovereign Awards bestowed Thursday included Outstanding Photograph to Will Wong for his image entitled “Welcome Back,” Outstanding Writing to Hayley Morrison for the story “New Races, New Faces: How I Fell for The Fort,” which appeared on the Canadian Thoroughbred website,  and Outstanding Audio Visual/Digital Broadcast to Woodbine Entertainment for airing of The Queen's Plate.