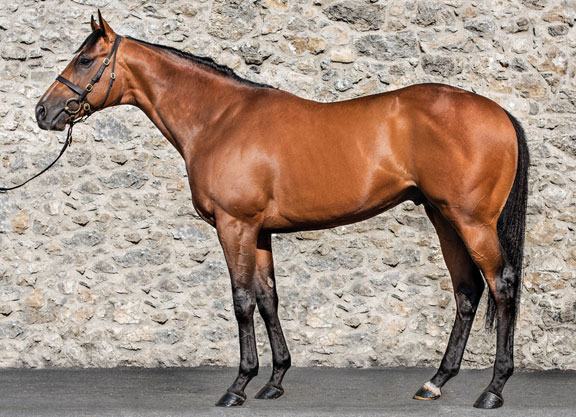 The annual race to sire the most individual first-crop 2-year-old winners always fascinates us. This year in Europe it isn't much of a contest as the leader Mehmas (Ire)–with his 39 winners–is in no danger whatsoever of being caught by any of his contemporaries. However, 39 winners is hugely significant in that it breaks the European record for the most individual first-crop 2-year-old winners putting him one clear of the previous holder, Darley stalwart Iffraaj. And there are more than enough racing days left in the calendar for Mehmas to push well beyond the 40-winner mark.

You may wonder why the best British and Irish stallions produce so many winners compared to other regions. It's primarily due to how racing is organized in that 12% of all winners in Britain and Ireland and in America are juvenile winners, compared to only 5.8% in Australia. Moreover, there are differences to the competitiveness of stallion rosters in each region. A smaller, more select population exists in Britain and Ireland than in America and Australia, both of which have big regional markets which encourage the retirement to stud of colts with lesser credentials.

Retiring a Timeform 115-rated 2-year-old with no 3-year-old record to stud may not be the way to go on most occasions in Britain and Ireland, but with Mehmas the gamble has paid off handsomely. As a G2 July S. and G2 Richmond S. winner who'd once beaten future champion sprinter Blue Point (Ire), Mehmas was always going to find fans at stud. One aspect of his profile that favoured him was that another successful sire, Dark Angel (Ire)–who also retired to stud at the end of his juvenile season–shared the same sire/maternal grandsire combination of Acclamation and Machiavellian. And whereas Dark Angel may have been a Group 1 winner, Timeform assessed him at 113, two pounds lower than Group 2 winner Mehmas.

Their early dispatch to stud, though controversial in some quarters, has proven the correct decision. There is little doubt that an unsuccessful 3-year-old campaign by either of these colts would have ruined or at least severely dented their appeal to the type of commercial breeders they needed in order to succeed. Mehmas may have just eclipsed Iffraaj's tally of winners, but he'd already posted more stakes winners than the Darley stallion, whose own first crop featured the G1 Jean-Luc Lagardere hero Wootton Bassett (GB), recently in the news with his transfer to Coolmore.

Certainly, Mehmas's first runners seem to be combining precocity and class in a pleasing blend. The top four runners by Mehmas have so far achieved Timeform ratings of 118, 112p, 109 and 103, compared to the 119p, 109p, 102 and 96 of the best four by Iffraaj at the end of his first season ten years ago. Clearly, there is plenty of quality among Mehmas's first youngsters and he has unearthed a trio of very smart 2-year-olds in G1 Middle Park S. and G2 Richmond S. winner Supremacy (Ire) (TFR 118), G2 Gimcrack hero and G1 Middle Park third Minzaal (Ire) (109), plus listed scorer and Group 3-placed Method (Ire) (112p).

Mehmas's tally of four stakes winners is already quite impressive, so much so that only nine stallions in the past 20 years have ever finished their first year with more. Moreover, since 2000, only Fasliyev, Oasis Dream (GB), Lope de Vega (Ire) and Frankel (GB) among European first-crop sires have had more year-one juveniles rated 110 or more. That's the sort of company Mehmas is keeping at the moment.

Many will point to Mehmas's lower strike rate of 41% winners to runners–Iffraaj had 53%–but with such a big first book with a wide variety of mares it's perhaps inevitable that there will be plenty of lower-grade runners among his stock. His tally of four stakes winners also needs to be seen in the context of the seven stakes winners sired by Night Of Thunder (Ire) a year earlier–the best on any sire since the pattern began.

The question now is: can he maintain this great start? Will his stock train on and sustain him through what will inevitably be leaner years, at least until the offspring of the good mares he will now inevitably attract get to the racecourse? His second crop, produced like his first at a fee of €12,500, contained a healthy number of mares, 177 in total, but there is a marked fall in quality with only nine elite mares-identified as the top 15% of the broodmare population according to my calculations–compared to 16 from 180 in his first. The same goes for his third crop, produced at a fee of €10,000, which contained five elite mares from a total of 83. Mehmas's mare numbers rebounded to 113 in 2020 but contained only four elite mares. Put together, his second, third and fourth crops contain just two more elite mares than his first.

When all is said and done though, there is something about the way the good Mehmas colts perform that encourages you to believe that they will indeed make good 3-year-olds. It would be no surprise to see the Clive Cox-trained Supremacy develop into one of Europe's best 3-year-old sprinters next year. He'll need to go some way to match the best by Iffraaj, the 129-rated Ribchester (Ire).