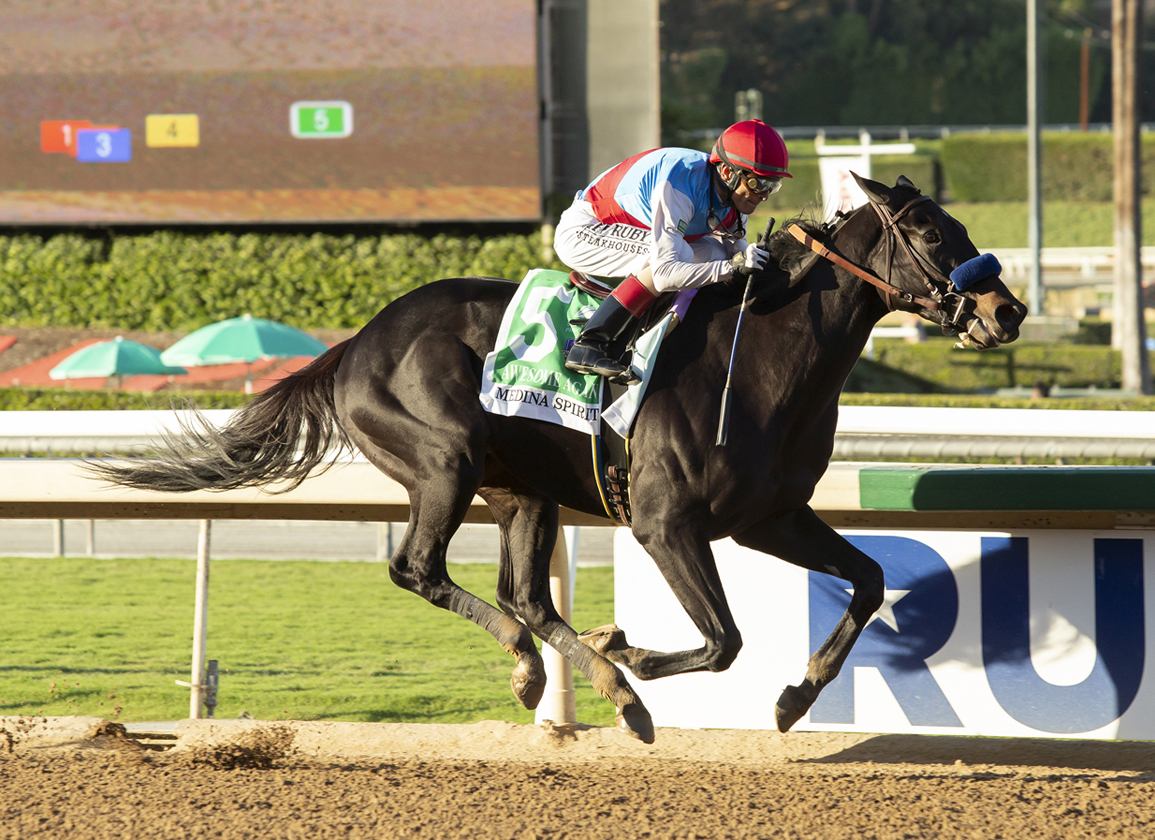 “Completion of sudden death case file reports takes weeks and months to complete due to the in-depth level of analysis involved, and we fully expect a final report in this case in approximately two months,” Blea told commissioners at the Dec. 15 CHRB meeting.

“Tissue samples and specimens will be stored for further testing should the need arise,” Blea said.

The colt's admirable, overachieving career arc of going from a $1,000 yearling buy at a public auction to winning America's most important horse race only glowed for about a week before it was overshadowed by news that the Bob Baffert trainee had tested positive for an overage of betamethasone after winning the May 1 Derby.

No ruling has been issued for that 2021 Derby drug positive, although it has sparked a firestorm of controversy for occurring on the heels of four other Baffert horses testing positive for medication overages within the previous year, two of them in Grade I stakes.

“A sudden death in racing is defined as acute collapse and death in a closely observed and previously determined healthy Thoroughbred racehorse during or within one hour after exercise,” Blea said.

Like with all fatalities that occur on licensed CHRB premises necropsy, the regulatory agency is obligated to perform a necropsy and investigation.

Medina Spirit's necropsy is being carried out by pathologists at the California Animal Health and Food Safety Laboratory, which works in conjunction with the University of California (Davis) veterinary school.

That particular lab, Blea said, is “arguably one of the best in the country, if not the world.”

Blea explained that “Additional tissue specimens and samples will be shared with other departments at UC Davis, including toxicology, analytical chemistry, and genetics, as well as other university laboratories in the country to help determine the cause of death.”

Blea called sudden death circumstances “frustrating,” and cited a published study that concluded only 53% of sudden equine deaths eventually turn up a definitive diagnosis. A presumptive cause of death is given 25% of the time, with the remaining 22% “unexplained,” he said.