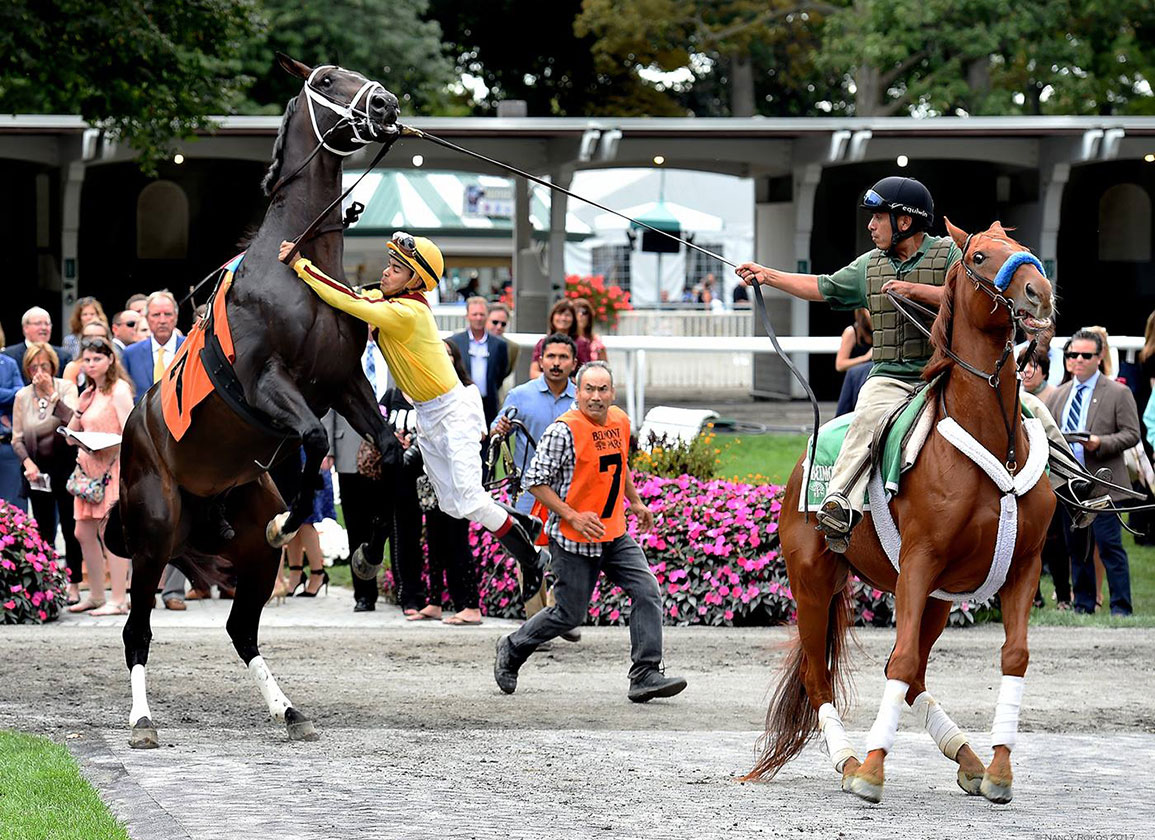 For his piece “Gunnevera Trainer Kidnapped Twice, Now in Kentucky Derby“, Louisville Courier-Journal reported Jason Frakes has won his first Eclipse Award in the Feature/Commentary category. Frakes chronicled the story of trainer Antonio Sano, kidnapped multiple times in his native Venezuela before building a successful training business in the U.S. Frakes credits former C-J colleague and four-time Eclipse Award winner Jennie Rees for mentoring him on covering the Derby. Among the three pieces that received honorable mention was Bill Finley's “A Little Old Lady From Kansas, A Small Town and the Kentucky Derby” a story about Janis Whitham and her homebred McCraken that appeared in the in the March edition of TDN Weekend.

Denise Steffanus is the winner of the News Enterprise Eclipse for her story “A Call for Common Sense in Testing” that appeared in Trainer magazine's February/March issue. She examined the potential for human and other forms of environmental contamination to affect drug testing of racehorses. She explored whether unintended exposure to certain drugs, even at microscopic amounts, can sometimes trigger drug testing positives and result in questionable convictions of trainers.

Nancy Rokos is the winner of the Eclipse Award for photography. On October 7 of last year, Rokos was standing at the top of the Belmont Park tunnel shooting back toward the paddock prior to sixth race, when 2-year-old maiden Power of Attorney got fractious and reared up. Rokos caught jockey Luis Saez sliding off the horse, as pony rider Mario Paredes took a tight hold on the lead shank to stabilize Power of Attorney. In the background, the groom Santos Hernandez is seen moving out of the way, while others in the paddock cast their eyes on Power of Attorney. None of the individuals involved were injured. Power of Attorney finished eighth in the seven-furlong maiden special weight race. The award-winning photo is seen at right.