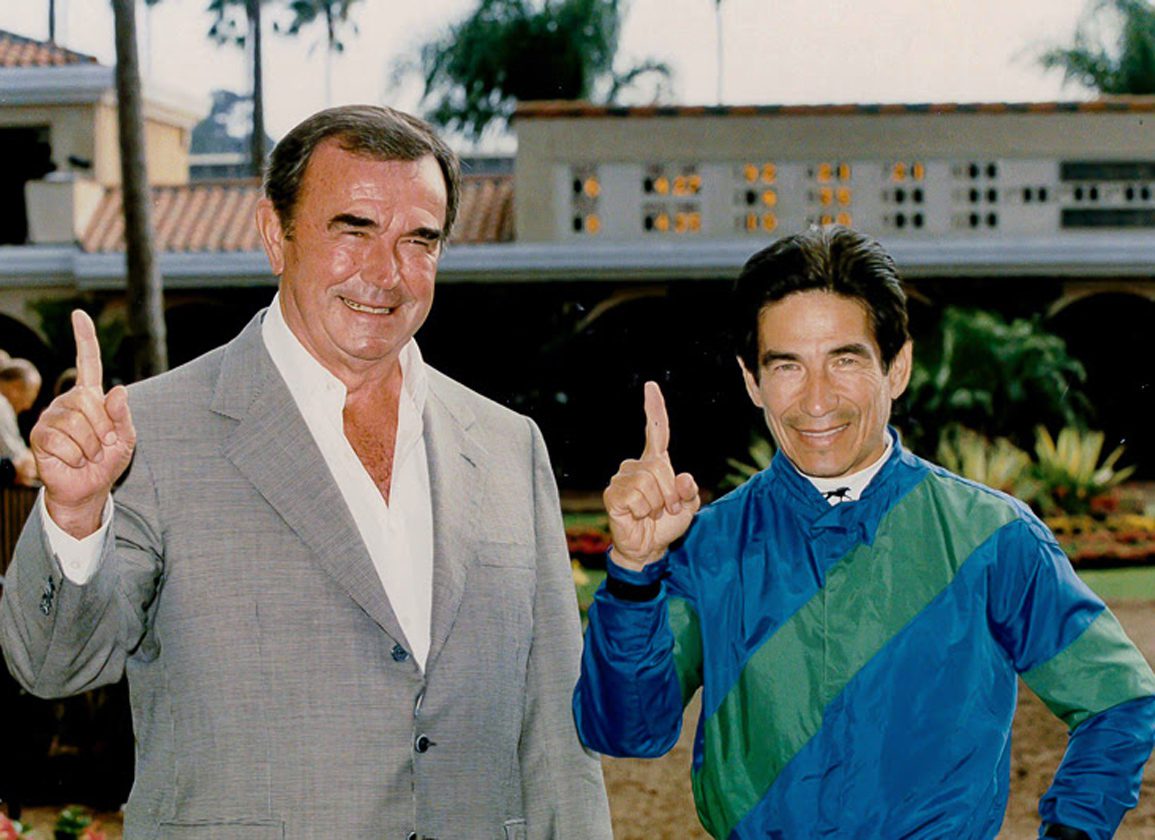 Hall of Fame trainer Ron McAnally has been named the 18th recipient of the Laffit Pincay, Jr. Award. He'll be honored at the seaside track Saturday, Aug. 27. The Pincay Award, named for, and presented by, the Hall of Fame rider, goes to those who have served the sport “with integrity, extraordinary dedication, determination and distinction.”

McAnally, who turned 90 last month, has enjoyed a prodigious training career that began 64 years ago and continues today.

“Ron put me on horses right from the beginning,” Pincay, who first rode in California in the late '60s, said. “He rode me on a lot of his horses and there were many good ones. Whenever I rode a horse for him, I rode with a lot of confidence. I knew I was going to be on a good one.”

McAnally, who started at Del Mar working as a hot walker for his trainer uncle, Reggie Cornell, in 1948, saddled his first winner in 1958 and has gone on to score in more than 2,500 races since earning over $126 million in purses in the process. He was the winningest trainer in Del Mar history from 1998 until 2011 and currently sits fourth on the track's leader list with 447 firsts.

McAnally, who was inducted into racing's Hall of Fame in 1990, trained a bevy of top-of-the-line horses over the years, including the legendary John Henry, the nation's Horse of the Year in both 1981 and 1984 who raced until age nine and won 27 of 45 starts under McAnally's tutelage. Overall, the hard-charging gelding won seven Eclipse Awards, a then record $6,597,947 in purses and an exceptional 18 stakes races in Southern California.