Maxfield Sitting On Go For Whitney 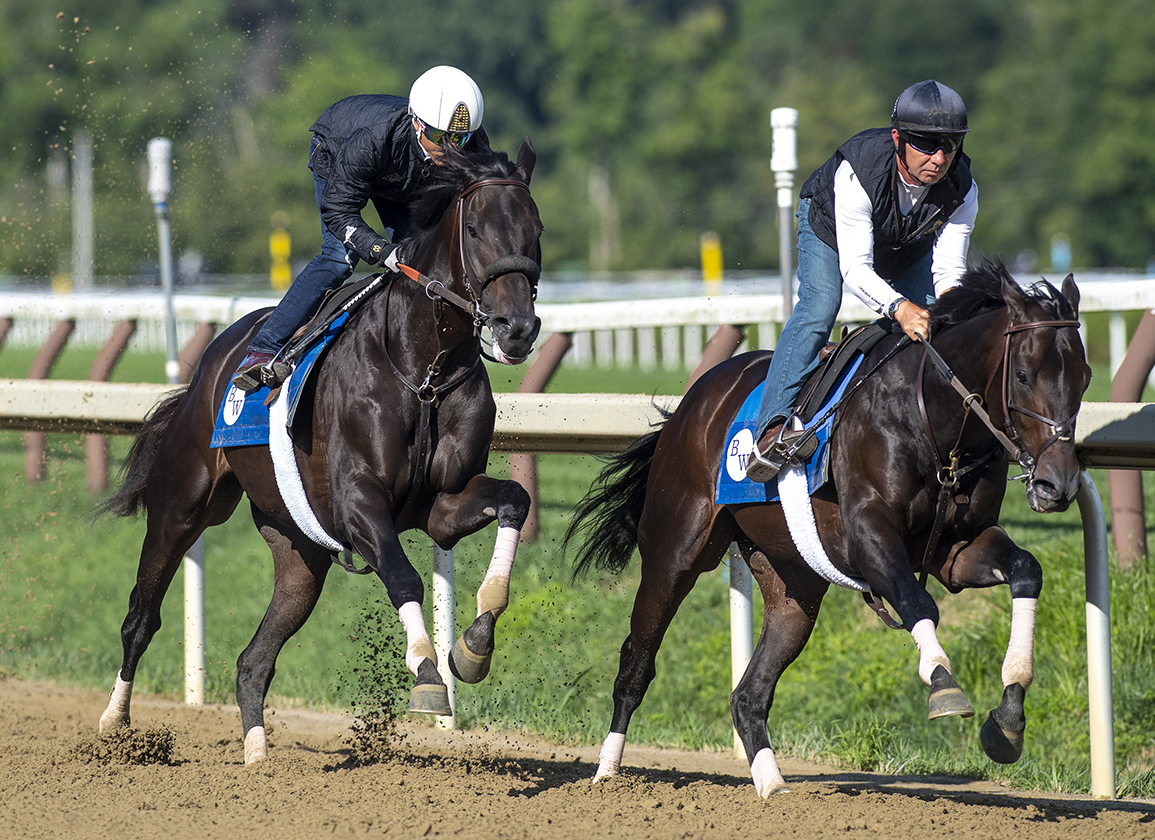 Godolphin's once-beaten Maxfield (Street Sense) tuned up for next Saturday's GI Whitney S. at Saratoga Saturday morning, breezing a five-eighths of a mile in 1.01.61 (16/34) before turning in a strong gallop out.

Working in the company of the commonly owned Churchill maiden winner Business Model (Candy Ride {Arg}), Maxfield covered his opening quarter-mile in :24 3/5 and the half in :48 2/5 and pulled up six furlongs in a shade over 1:13, according to trainer Brendan Walsh.

“I just wanted the company to take him to the wire,” Walsh said. “I think the best part of it was the gallop out from the wire to an eighth out. He's doing good. I couldn't ask for more than that.”

Having tasted defeat for the first time when third behind Idol (Curlin) in the GI Santa Anita H. in March, the son of Velvety (Bernardini) has since posted facile scores in the GII Alysheba S. Apr. 30 and in the GII Stephen Foster S. June 26, securing a spot in the field for the GI Breeders' Cup Classic. The Whitney also serves as a 'Win and You're In' qualifier for that championship event.

A veteran of just eight racetrack appearances, the 4-year-old Maxfield will be making his Saratoga debut next weekend and for his part, Walsh believes his charge is enjoying his time at the Spa.

“He's doing as well as he's ever done right now,” Walsh said. “I hope he can run at least as well as he's done these last couple times and maybe even a little bit better. He likes it up here and is in a great frame of mind.”

Whitney hopeful Maxfield (outside) with @jose93_ortiz up preps on the main this morning at #Saratoga for @brenpwalsh 👀 pic.twitter.com/YhRYmNIgPt

Trainer Todd Pletcher indicated that both 4-year-old colts are also being considered for the GI TVG Pacific Classic Aug. 21 as he tries to keep the pair separated.

“I thought the work was solid,” Pletcher said. “We'll see how he [Happy Saver] bounces out of it. I haven't quite decided on the Whitney yet.

“There's also the Pacific Classic in-between,” he continued. “I just have to weigh my options. It might give me an opportunity to split the two of them up if I don't run Happy Saver in the Whitney.”

Winner of a one-mile Belmont allowance on seasonal debut May 28, Happy Saver is exiting an even third to Max Player (Honor Code) in a sloppy-track renewal of the GII Suburban S. downstate July 3.