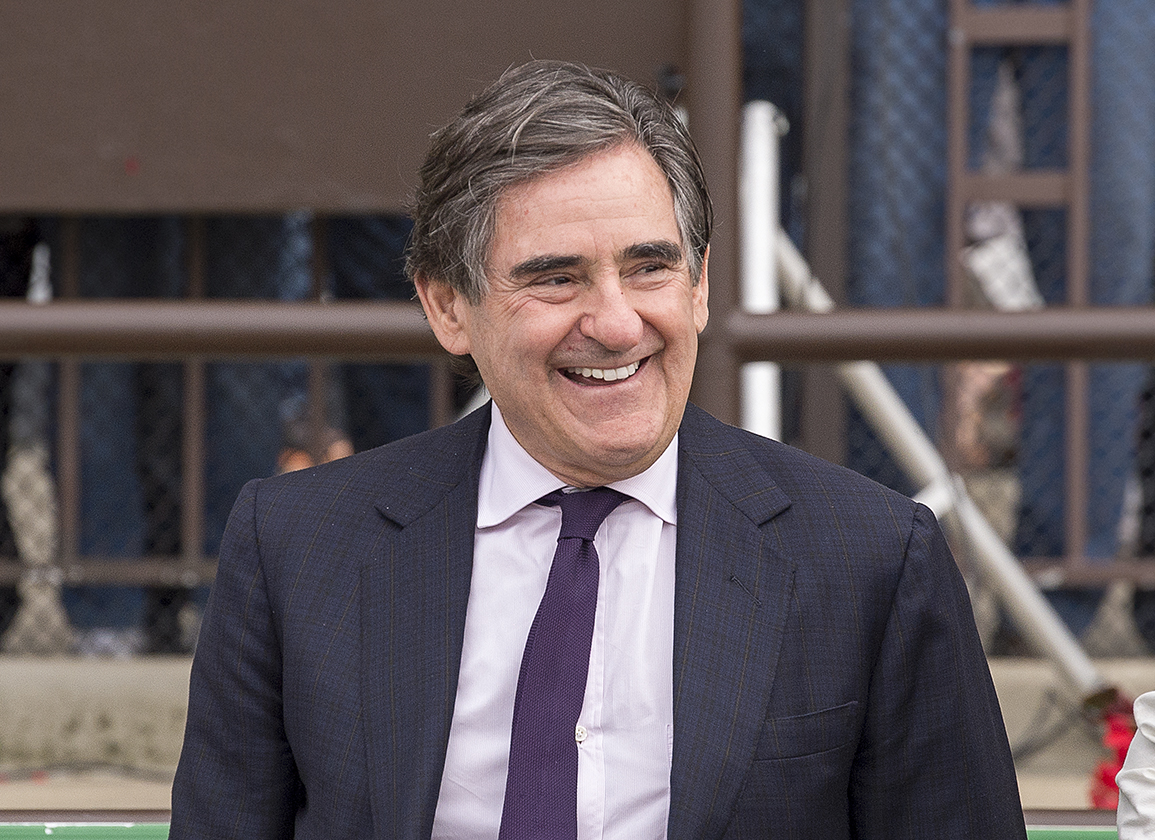 Peter Brant owns some of the best mares in the world, some of which he keeps in Europe–at Coolmore in Ireland and Haras des Capucines in France–and some in America, at Claiborne Farm. We spent a fascinating half-hour on the phone with Brant going through his 2022 matings for some of his best mares. “I spend a lot of time doing this,” he said. It shows.

Uni is in foal to Kingman (GB), and she's going back to Frankel. She was a great mile, mile-and-a-sixteenth horse. Frankel gets very classic horses. Their conformation is very complementary to one another. They're both really good-looking horses.

Beauty Parlour won the French Guineas and she's the dam of Blowout (GB). She's going to Frankel. She was second in the Prix de Diane, but she's really a mile to a mile-and-sixteenth horse and Frankel will give her more distance. I like the cross on Beauty Parlour with Galileo (Ire).

DUNBAR ROAD (m, 6, Quality Road–Gift List, by Bernardini), to be bred to Into Mischief

Dunbar Road was just second, beaten a nose in the Breeders' Cup Distaff. She's by Quality Road, and as a maiden mare, she's going to Into Mischief. She's a classic mile-and-an-eighth to mile-and-a-quarter horse. I like to breed Into Mischief to middle-distance to classic-distance horses, to a mare that would stay, so we thought that would be a very good match.

Cafe Americano just had an Into Mischief filly on Tuesday. She will be bred back to Tapit. Tapit crosses really well with Medaglia d'Oro. She is a rangy kind of mare who is tall, and Tapit fit her in the cross and on the conformation. I wanted to have a chance of either a grass or dirt horse from her.

Enchanted Rock is the dam of Verrazano (More Than Ready). She was bred to Curlin in 2021, and she's going to Gun Runner. This is the first time I have used him. She's a very big mare and we thought Gun Runner would suit her for a dirt horse. She has been the dam of some good dirt horses, and she has an old King Ranch pedigree. She is a very, very good mare.

NAPLES PARADE (m, 8, Street Cry {Ire}–Treasure Trail, by Pulpit), to be bred to Into Mischief

Naples Parade was one of Ed Cox's mares. She was the sister to Long Island Sound (War Front) and she is out of a half-sister to Zenyatta (Street Cry {Ire}). She's got a lot of dirt in her family, she's by Street Cry, and Long Island Sound was a turf horse, but that's a good cross with Into Mischief. They suit each other conformation-wise, and Into Mischief gets more stocky-looking horses.

We are also breeding her to Into Mischief. She was second in the Breeders' Cup Distaff, she won the Beldame, came from Chile (where she was Horse of the Year in 2018), won a number of Group 1s in Chile and she is one of the best-looking mares we've had. She's a distance horse, a mile-and-a-quarter horse and we want to breed the best mile-and-a-quarter horses to Into Mischief. 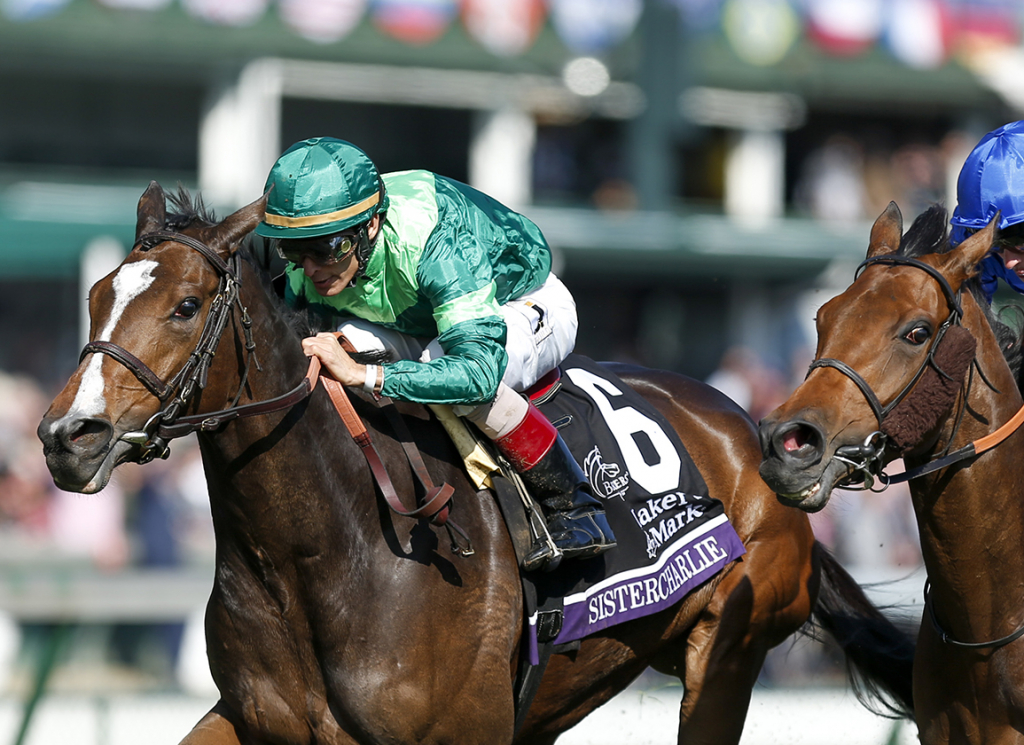 Paid Up Subscriber is going to Tapit. She is in foal to Into Mischief, and she hasn't foaled yet. Tapit has a tendency to get a distance horse. Plus, she's really a mile-and-a-sixteenth mare with a big girth and Tapit sometimes gets horses who are a little bit smaller. I thought the cross was great in terms of Candy Ride and Tapit.

Fifty Five had a Dubawi (Ire) filly this year. She is going to Sottsass. She was a brilliant miler and it's a little bit of inbreeding to Northern Dancer, which I like far back in the pedigree. There are some good female families in there. I like to cross horses that have great females in their history–super mares that were great racemares and great producers.

Blowout goes to Frankel. She just won the [GI] First Lady at Keeneland this fall. She was a very, very good seven-furlong to a mile-and-a-sixteenth horse. I like Frankel with the Galileo (Ire) cross with Dansili. It's good Wildenstein blood and it's a classic cross. On conformation, they both suit each other.

She won graded stakes in the U.S. and Europe. She is ready to foal a Kingman (GB) foal and she is going back to Dubawi.

Newspaperofrecord is going to be bred to Kingman. I like the idea of a miler to a miler, and Kingmans in the U.S. have been running longer. We thought that's a horse we'd like to run in the U.S. That's why we chose him. Last year, she was bred to Frankel (GB).

Precieuse, who won the French 1,000 Guineas, is in foal to Kingman (GB) and she's going back to Wootton Bassett. She's a quick horse. Wootton Bassett gets a mile to a mile-and-a-quarter horse. We thought the conformation suited the cross very well.

SIGNIFICANT FORM (m, 7, Creative Cause–Church by the Sea, by Harlan's Holiday), to be bred to Sottsass (Fr)

She just had a Dubawi (Ire) colt, and she is going back to Sottsass. She won the Miss Grillo and the Ballston Spa. She's a very rangy horse that's very good with that Siyouni (Fr) blood. It's speed. It carried the distance. We like that for Significant Form. She was limited up to a mile-and-a-sixteenth, but she was top class up to that. We wanted to put some distance into her. She's beautiful. Great conformation.

It's a great cross, and Dubawi gets some nice speed milers and she was very fast, but this will put a little more speed into her. Sistercharlie's dam has been bred to Dubawi, with success.