Home » Archive » Top News » Masen Gets the Money in Poker

Masen Gets the Money in Poker 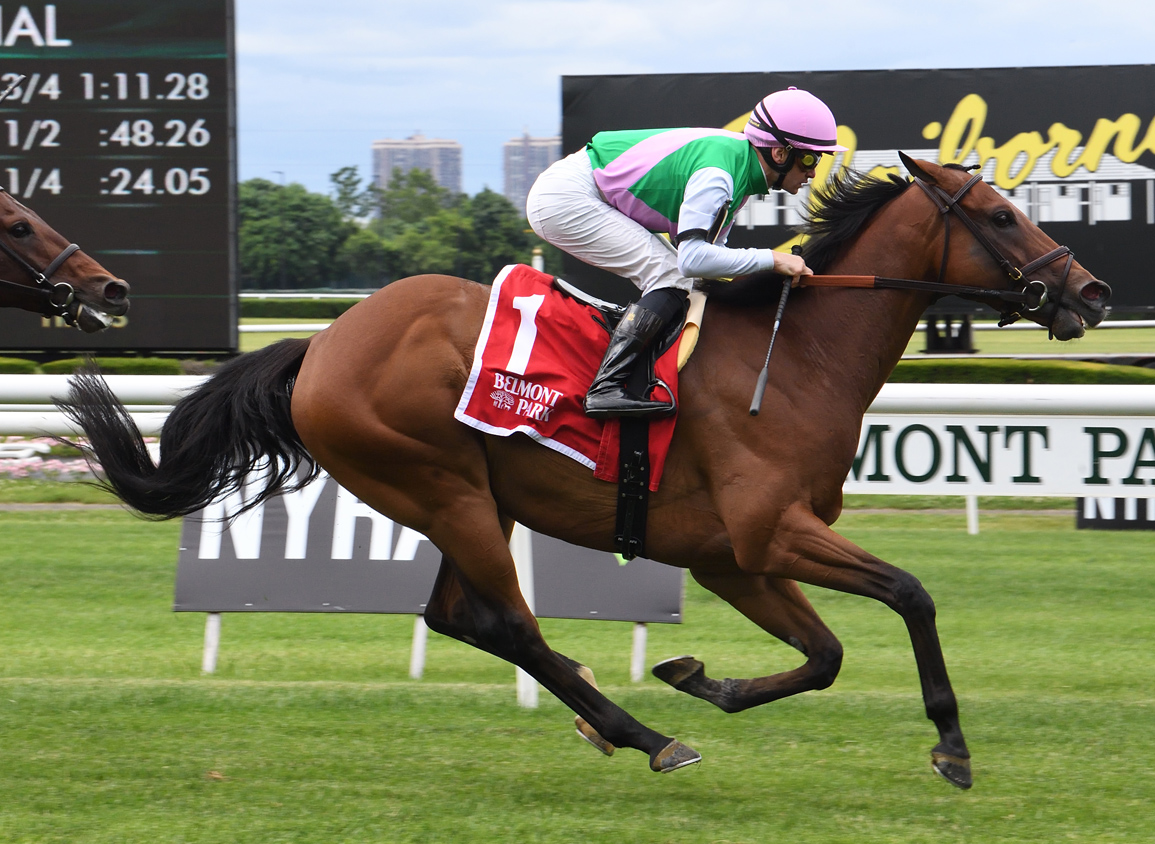 Juddmonte homebred Masen (GB) (Kingman {GB}) justified 1-5 favoritism with a decisive score in Belmont's GIII Poker S. Saturday. Away alertly from the one hole, the bay was wrangled back into second by Flavien Prat, allowing Wolfie's Dynaghost (Ghostzapper) a clear lead through opening splits of :24.05 and :48.26. Ranging up alongside the pacesetter turning for home, Masen took control and extended clear for a one-length score. Wolfie's Dynaghost held second over Masen's stablemate Public Sector (GB) (Kingman {GB}).

“He [Masen] ran back just inside a month, which is a little tight for him, but I wanted to get another race between now and the [GI] Fourstardave [Aug. 13],” trainer Chad Brown said. “It worked out. [He was] a little headstrong off the slow first quarter, but he did settle nicely after that. Flavien [Prat] indicated that he was pretty much in control from there just decided when he wanted to take over. By mid-stretch, he felt pretty comfortable when he forced the lead.”

“He broke well and when I asked him to switch off, it took him a little while,” Prat said. “It was a slow pace, so that didn't help, but after that he switched off nice for me. He has a great turn of foot, so I wasn't so worried about the slow pace [to close into]. It was only a matter of getting him to switch off. After that, I was fine.”

Starting his career in Europe, Masen won three of his six starts there for trainer G. M. Lyons, including the Knockaire S. at Leopardstown in October. Sent Stateside to Brown, the gelding missed by just a nose to 'TDN Rising Star' Shirl's Speight (Speightstown) in Keeneland's GI Maker's Mark Mile Apr. 15. He rolled home to a five-length win next out in the course-and-distance Seek Again S. May 22.