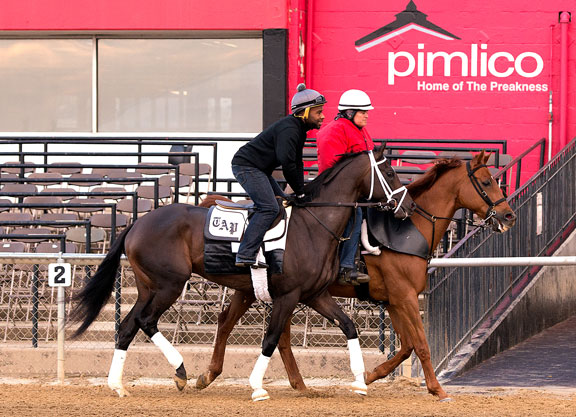 For the second consecutive January, a bill has been filed in the Maryland House of Delegates to empower the Maryland Racing Commission (MRC) to hire an equine medical director.

If the measure passes, it would bring Maryland in line with Kentucky and New York, the two other states that host Triple Crown races, plus a number of other state racing jurisdictions that employ an equine medical director as a commission staffer.

But with the exception of a changed effective date to July 1, 2018, the language of House Bill 421 is identical to the version of the bill that was withdrawn Feb. 16, 2017, after having received an unfavorable report by the Ways and Means Committee.

The Maryland Department of Legislative Services (DLS) has been advocating for this hire since at least 2013, when it authored a report that said “MRC could benefit from an Equine Medical Director to ensure compliance with the recently adopted stringent equine testing and drug policies. An Equine Medical Director would provide MRC with an additional resource to further enhance the safety and welfare of the horses running races in Maryland.”

The proposed bill, which was introduced Jan. 24 by the same two delegates that filed the 2017 version, would rewrite a section of business regulation code to include “equine medical director” within an existing list of the types of positions the commission is authorized to hire.

Like last year’s attempt, the bill stipulates that Thoroughbred track licensees, horsemen’s groups, and breeding organizations would be responsible for paying 80% of the costs associated with employing an equine medical director, while the same set of entities representing Standardbred interests would pay the remaining 20%.