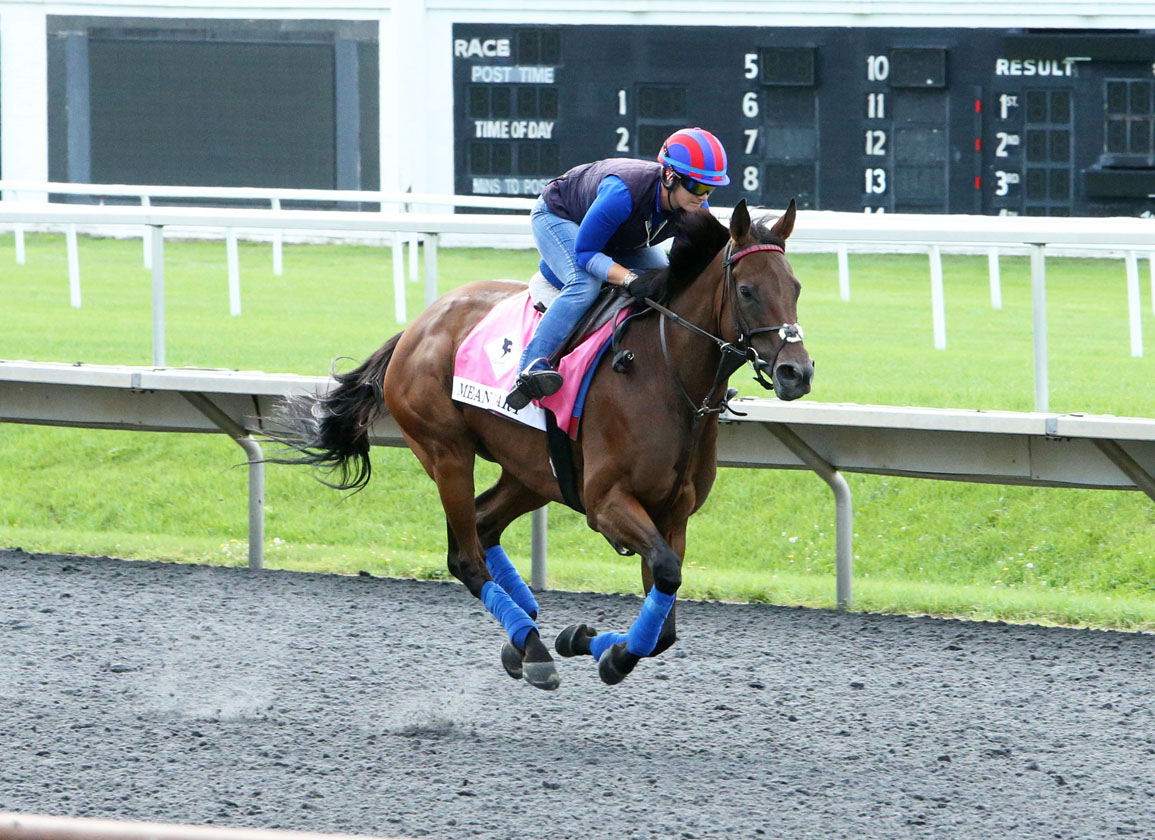 ARLINGTON HEIGHTS, IL–For all leading trainer Graham Motion has accomplished in an illustrious career, missing from his resume is a victory in any of Chicago's Grade I events. Alex Campbell, Jr.'s Mean Mary (Scat Daddy) will try to right that wrong as the 9-5 morning-line selection for Saturday's GI Beverly D. S., the first of the afternoon's top-level tests.

A treble graded winner in 2020, the homebred was just run down by champion Rushing Fall (More Than Ready) in the GI Diana S. last August and weakened to seventh at 7-2 after setting a demanding pace in the GI Breeders' Cup Filly & Mare Turf in November. The dark bay made her seasonal return with a deceptively easy victory in the GIII Gallorette S. at Pimlico May 15, besting a pair of next-out GSWs in the process, and exits a narrow defense of her title in the GII New York S. June 4 in ground that she may not have relished. Luis Saez has the riding assignment.

Remarkably, trainer Aidan O'Brien has never sent out a winner of the Beverly D., but Santa Barbara (Ire) (Camelot {GB}) will be well-backed to rectify that anomaly. Fourth as the favorite to recent G1 Prix Rothschild heroine and stablemate Mother Earth (Ire) (Zoffany {Ire}) in the G1 QIPCO 1000 Guineas first off a September maiden win, Santa Barbara failed to fire in the G1 Cazoo Oaks June 4, finishing a distant fifth, before bouncing back with a narrow loss against older females in the G1 Pretty Polly S. June 27. She was back on 13 days' rest in the GI Belmont Oaks Invitational S. and things looked bleak entering the final eighth of a mile before she exploded late to decision Con Lima (Commissioner) and Higher Truth (Ire), first and second home in last weekend's GIII Saratoga Oaks Invitational S. Santa Barbara gets six pounds from Mean Mary as she tries to join Euro Charline (Ire) (Myboycharlie {Ire}) as the only 3-year-old winners of the Beverly D.

If Chad Brown is to win the Beverly D. for the sixth year running, it will be with Lemista (Ire) (Raven's Pass), whose owner Peter Brant campaigned 2018/2019 winner Sistercharlie (Ire) (Myboycharlie {Ire}). A two-time group winner in Ireland for Ger Lyons, she rallied into no pace whatsoever to just miss to GISW Harvey's Lil Goil (American Pharoah) in the GIII Beaugay S. on U.S. debut in May. She will try to rebound from a last-of-eight effort in the GI Diana S. July 17 with Flavien Prat at the controls.