Many Chances in Deep Bing 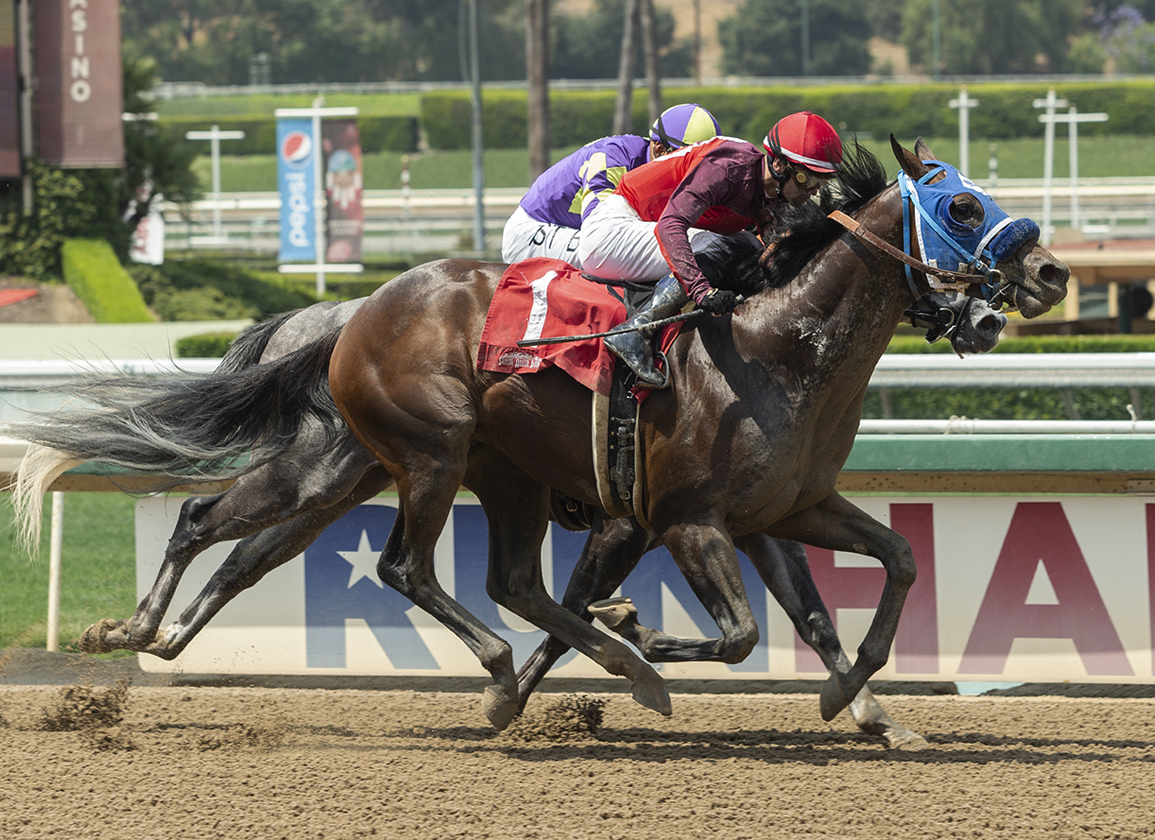 Handicappers will have a tough time tossing many horses from their tickets as a competitive nine-horse field lines up for Saturday's six-furlong GI Bing Crosby S. at Del Mar, a “Win and You're In” qualifier for the GI Breeders' Cup Sprint.

Given a slight nod on the morning line at 5-2 is C Z Rocket (City Zip). Claimed for $40,000 last spring at Oaklawn by Peter Miller, the gelding has been a new horse since, winning seven of nine races while finishing second in the other two. That streak includes a score in last summer's GII Pat O'Brien S. over this oval. The 7-year-old most recently was second when stretching out in the GIII Steve Sexton Mile S. May 31 at Lone Star.

California-bred Brickyard Ride (Clubhouse Ride) rates a big chances breaking from the outermost stall. Earning a shot at open company after a convincing score in the California Cup Sprint S. Jan. 16 at Santa Anita, the Alfred Pais homebred didn't disappoint, cruising to an impressive four-length victory despite setting a scorching pace in the GII San Carlos S. Mar. 6. Well-beaten in his next two, he rebounded with a 4 3/4-length success in the Cal-bred Thor's Echo S. last out June 12.

Dr. Schivel (Violence) takes on older horses in just his fifth career start. Taking three tries to break his maiden, he came right back to annex the GI Runhappy Del Mar Futurity for Luis Mendez, but went unseen for over nine months after that before eventually returning with a narrow allowance/optional claiming tally for new trainer Mark Glatt June 18 at Santa Anita.

Defending Bing Crosby champion Collusion Illusion (Twirling Candy) makes his 4-year-old debut here. Runner-up in the GII Santa Anita Championship S. after his local heroics, he was 12th in the GI Breeders' Cup Sprint before rebounding some to be third in the GI Runhappy Malibu S.

Other contenders include Vertical Threat (Tapiture), last seen romping by 7 1/2 lengths with a 102 Beyer in last November's Steel Valley Sprint S. at Mahoning Valley, Quick Tempo (Tapizar), who did his name justice when setting splits of :21.44 and :43.35 before setting for second in the Iowa Sprint S. at Prairie Meadows July 3, and Eight Rings (Empire Maker), who's winless in four starts since capturing the GI American Pharoah S. as a juvenile but shows a sharp worktab for Bob Baffert that includes a five-furlong bullet in :58 3/5 (1/91) July 10 in Arcadia.