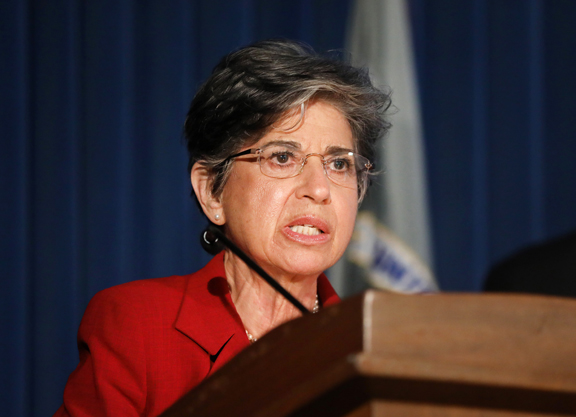 Scott Mangini, who, along with Jason Servis,  Jorge Navarro and others was indicted in March 2020 for his involvement in a horse doping scheme, has pled guilty to conspiring to unlawfully distribute adulterated and misbranded drugs with the intent to defraud and mislead, it was announced Friday by Audrey Strauss, the United States Attorney for the Southern District of New York. He faces a maximum sentence of five years.

Mangini, 55, became the third person involved with the case to enter a guilty plea. The list includes Mangini's business partner, Scott Robinson. It is unknown whether or not Mangini and Robinson are cooperating with authorities and providing them with lists of additional clients who were not named in the original indictments.

Mangini will be sentenced Sept. 10 by Judge Paul Oetken. Robinson was sentenced to 18 months for his role in the scheme to use performance-enhancing drugs on horses. He also had to forfeit $3.8 million.

“Scott Mangini created and flooded the supply side of a market of greed that continues to endanger racehorses through the sale of performance-enhancing drugs,” Strauss said in a statement. “Mangini designed and created dozens of products intended for use by those engaged in fraud and animal abuse.  His products were manufactured with no oversight of their composition, in shoddy facilities, despite prior efforts by state and federal regulators to shut down Mangini's operation and strip his license. Mangini's guilty plea underscores that our Office and our partners at the FBI are committed to the prosecution and investigation of corruption, fraud, and endangerment in the horse racing industry.”

The government contends that from as early as 2011 through the March 2020 indictments, Mangini manufactured, sold and shipped millions of dollars worth of adulterated and misbranded equine performance-enhancing drugs. Mangini is a former pharmacist whose license was suspended in 2016.

Many of the drugs sold by Mangini fell under the category of “blood builders,” which were used by trainers to increase red blood cell counts and improve a horse's endurance. Other drugs were used to deaden a horse's nerves and block pain in order to improve a horse's race performance. In addition, Mangini told his clients that no tests were available for the drugs he was selling. For example, Mangini's pain-numbing product “Numb It Injection” was advertised as a “proprietary formula and without question the most powerful pain shot in the market today” and as something that could not be found through post or pre-race tests.

According to the U.S. Attorney's office, Mangini was selling drugs that were manufactured in non-Food and Drug Administration registered facilities and they carried significant risks to the animals affected through the administration of those drugs.

Sarah Izhaki, also a drug distributer, has also pled guilty but has yet to be sentenced.

This case is being handled by the Office's Money Laundering and Transnational Criminal Enterprises Unit.  Assistant United States Attorneys Sarah Mortazavi, Anden Chow, Benet Kearney, and Andrew C. Adams are in charge of the prosecution.