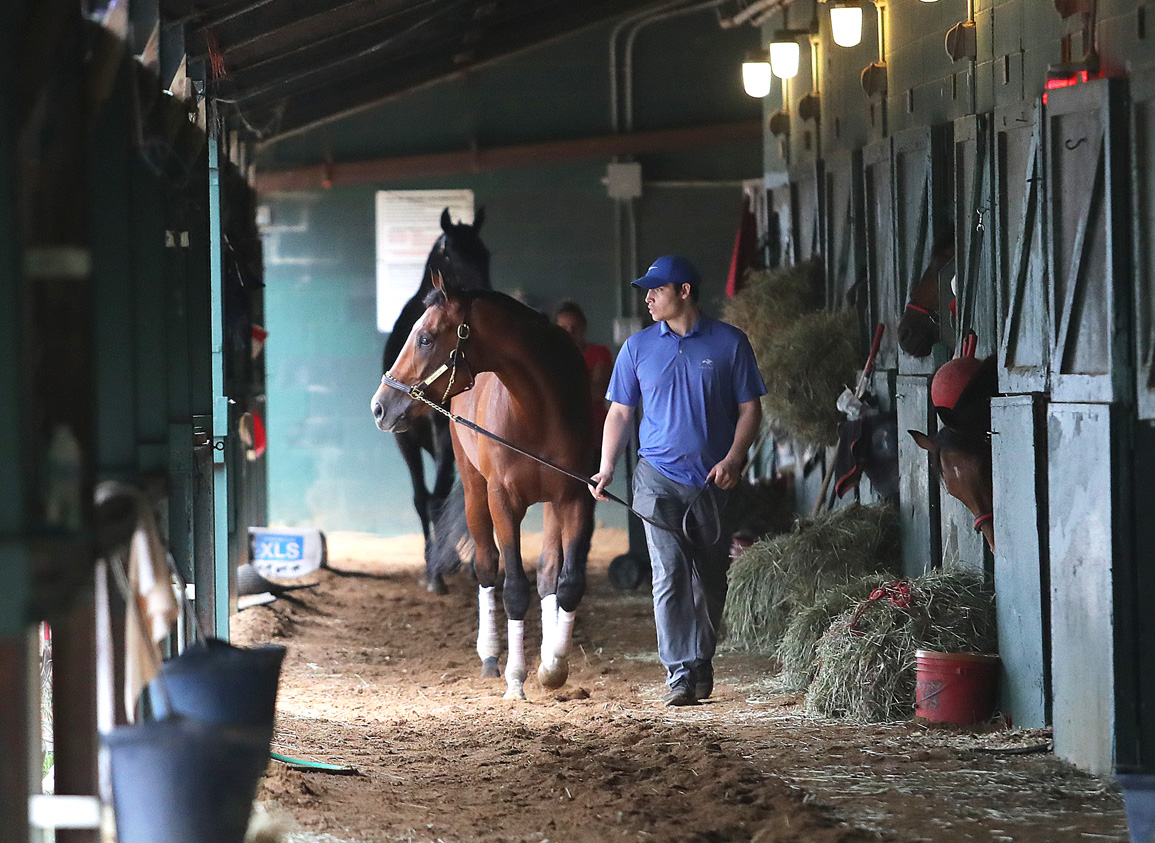 Opening his account with a pair of wins in Kentucky, the 'TDN Rising Star' was third as the 4-5 favorite in the GIII Lecomte S. Jan. 16 and rebounded to win that venue's GII Risen Star S. Feb. 13. A puzzling sixth as the favorite in the GII Louisiana Derby Mar. 20, Mandaloun got back on track in a big way on the first Saturday in May, coming up just a half-length short of Medina Spirit (Protonico), earning a field-best 101 Beyer Speed Figure.

Mandaloun could be elevated to first in the Derby after a split sample confirmed the prohibited corticosteroid betamethasone in Medina Spirit earlier this month.

“I want him to get some experience at Monmouth and I'm looking to use the race as a fitness tool, as a prep from the Haskell,” said trainer Brad Cox, who also won last weekend's GI Belmont S. with Essential Quality (Tapit). “I didn't want to go 11 weeks without a race. This was the race we thought made the most sense on the calendar.”

Also exiting the Derby is Brooklyn Strong (Wicked Strong), who finished 15th that day and bypassed GI Belmont S. in favor of this spot. Capturing the NY-bred Sleepy Hollow S. last October, the gelding won the GII Remsen S. at Aqueduct Dec. 5 and made his next appearance at that oval Apr. 3, finishing fifth in the GII Wood Memorial S.

Rounding out the field is Lugamo (Chitu), who was 12th in the G2 UAE Derby when last seen Mar. 27.